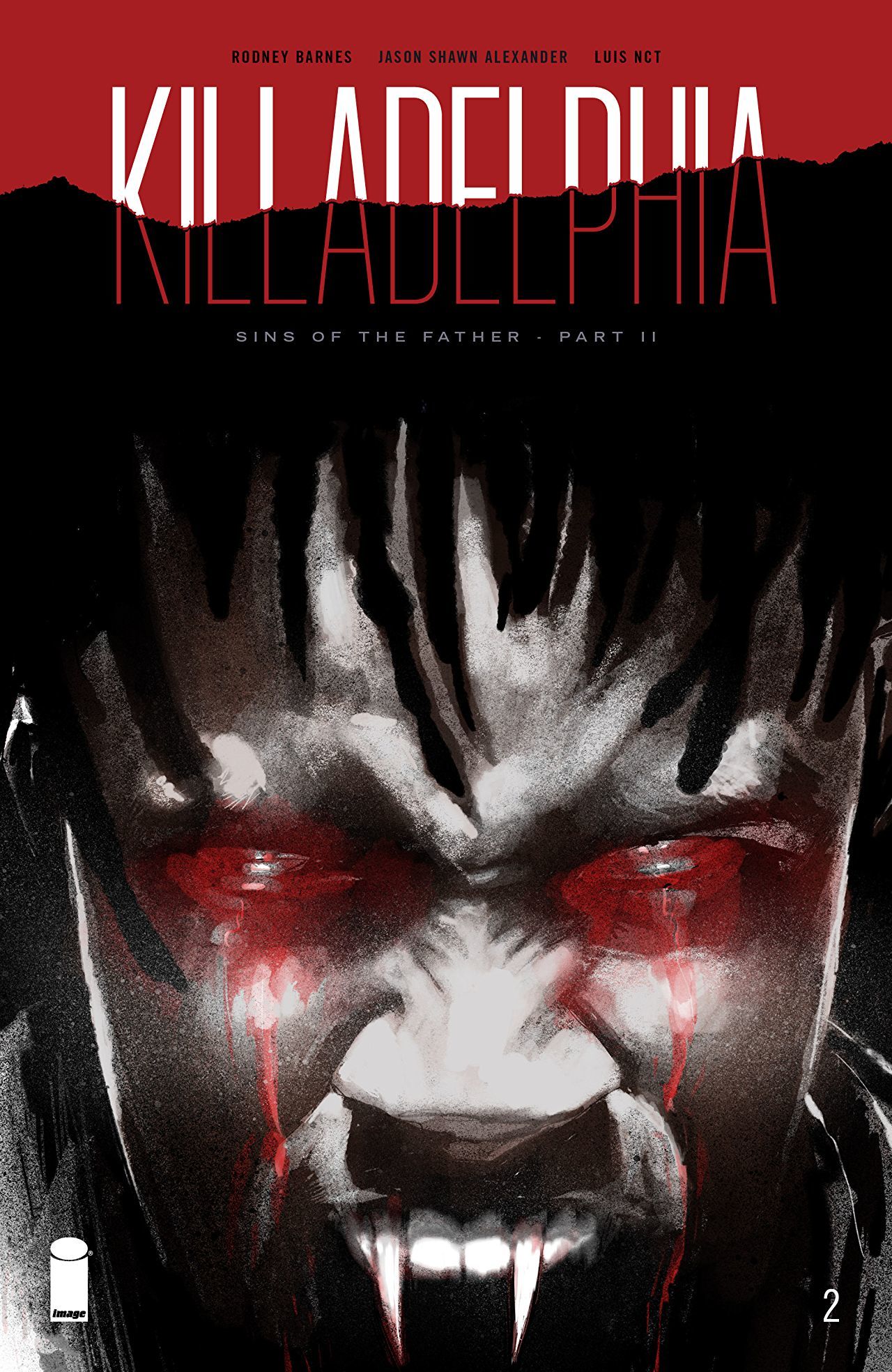 This week graces us with the second issue of the beloved (at least by me) Killadelphia. I was very excited to have this come out during my week of reviews. When I saw this comic’s cover previewed at the end of the last issue, I really hoped to see more and like this young vampire with dreads. Barnes did not disappoint me. This issue expanded on the heavy theme of familial ties while delving into the main plot.

If I had to say one thing about Barnes’ storytelling, it’s that he wastes ZERO time. I remember back to when I first read Dracula by Bram Stoker. The classic took its sweet time to establish that the strange and horrifying phenomena were caused by vampires and even more so to lay out Dracula’s intentions. Killadelphia recognizes that it isn’t 1897. Black people are equal(ish) and free(ish) and everyone knows what vampires are. First issue: it’s vampires, second issue: they’re trying to take over. Our merry band of protagonists, Jose, James Jr., and his recently vampirized father are coming to terms with the blood sucking shitstorm that’s coming. What’s more interesting is the look into the antagonizing Vampire culture and our young dreaded Tevin’s place in it. He has a dying grandma and a lot of anger that will most definitely be channeled into violence. The specifics are obviously uncertain. 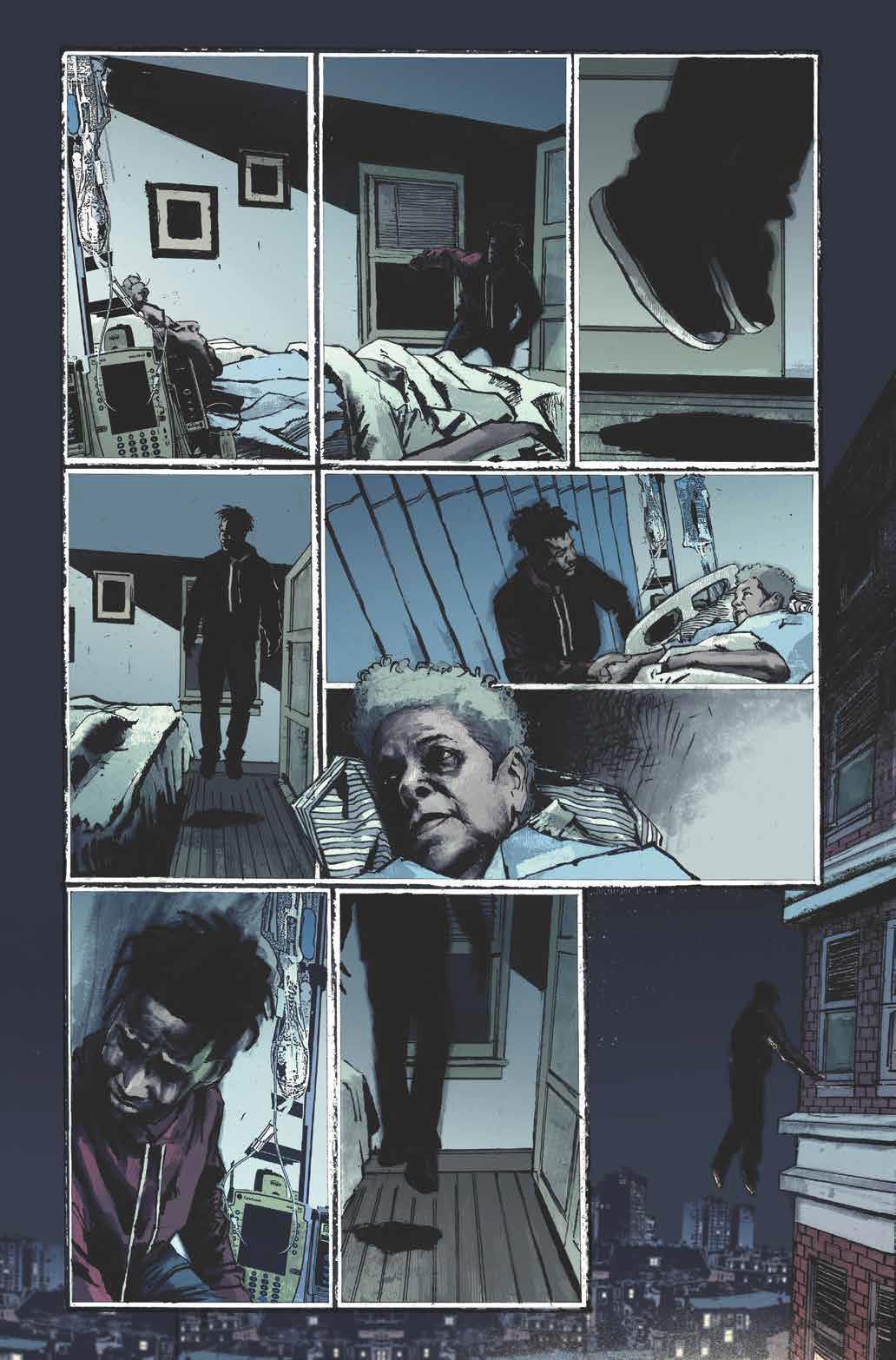 I can’t tell you how much this comic moved me. I’ve been thinking about the parallels between monster lore and black people(I’m weird like that) for a while now. In this comic, Barnes tells a story that feels like he’s telling me, personally, I gotchu.

“The people resign themselves to anger, they face the consequences. First of which is being weaponized in the eyes of the elite. That fear is priceless.”

The vague feelings I had about us “black monsters” exploded in that text. Black people and vampires have more in common than I thought. 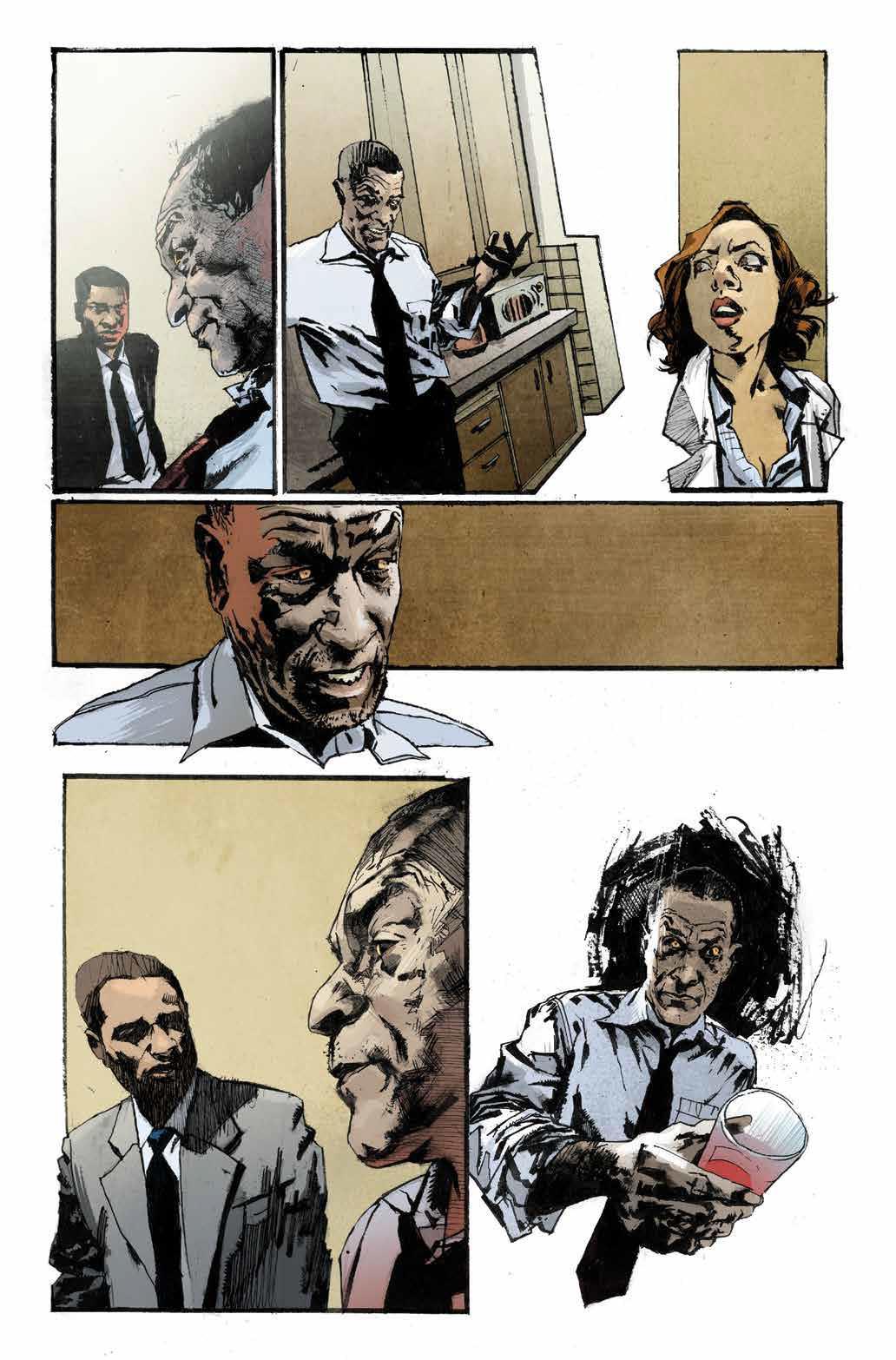 But if the gripping story isn’t enough to pull you into this comic, then do it for the art. Will someone please think about the art?! Alexander’s art is dark. It’s detailed. It’s intriguing. It’s horrific. I am not a horror person and terrifying scenes of bloodshed do not do it for me. But I cannot deny beautiful art when I see it. And this book forces me into terror with the lure of gorgeous and genius depictions. I’ve been aloof with a lot of Image these past couple years but if this creative team is any indication, I might have to save a review spot for them every time.

Reading Killadelphia? Find BNP’s other reviews of the series here.