Maaaan, listen, they gave “L to tha, A to tha” his own limited series? The smoothest rogue in the muthafuckin galaxy? Like, one of the three Black folk in charted space? Sheeeeeyet, you KNOW we had to review this joint. The Star Wars series along with it’s spin-offs have presently been good so far, so when this got announced, the homie Oz contacted me through the force and said, “You seein this shit, my Jedi?” 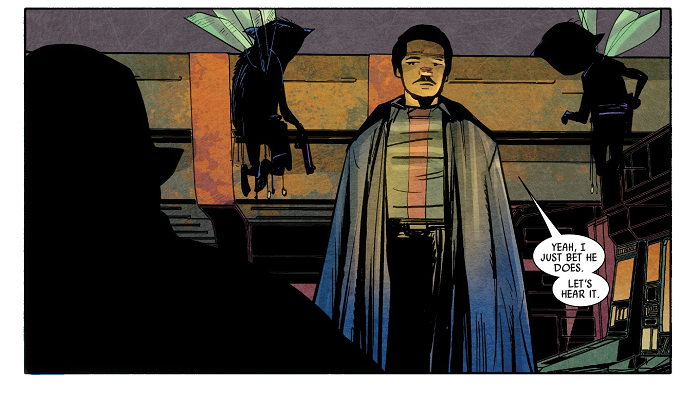 Alright, enough pretense, this first book of Lando? It’s pretty fun. They basically had to nail two things for this book to be worthwhile: They had to obviously make sure that this felt like it was happening in the larger Star Wars world and they hand to nail the charm and con-man appeal of Lando. Mission accomplished. Everything in this book focuses on Lando’s ability to out talk or out plan each person in order to accomplish his goals. And his goal of course, is trying to get out of debt. But in Lando fashion, actually working for that money to pay down his debt isn’t really an option, so thieving and scheming are his weapons of choice. It leads to a heist for a contract situation to clear his debt that goes off way too easily and will have pretty big repercussions in the issues that follow. Lando’s companion, Lobot, is a great compliment to Lando in his caution and methodical analysis. Lando is definitely going to go with his gut and improvise as much as possible, so having someone that at least attempts to keep him grounded through the hijinks works well. 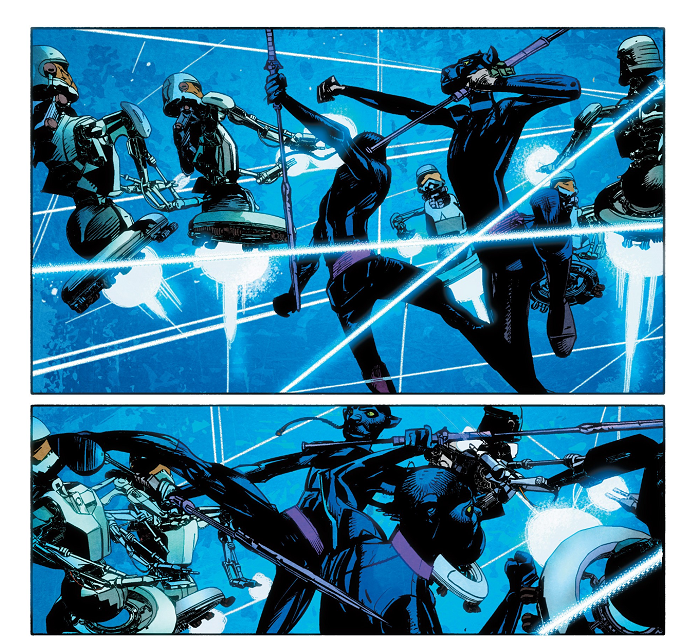 What also works well here is the art. Outside of a few moments where facial expressions are a bit blank or undefined, the suaveness of Lando and cold calculation is articulated well with Maleev’s pencils. Also, a definite shout out to Paul Mounts because the use of color is fantastic for this issue as well. The vibrancy and use of shadow really makes this book stand out.

Much of it is set up, but this is still a fun first issue of this five part mini series of the legend that is Lando Carlrissian. It’s a nice addition to the Star Wars books and a nice change of pace for your typical comic book in general.