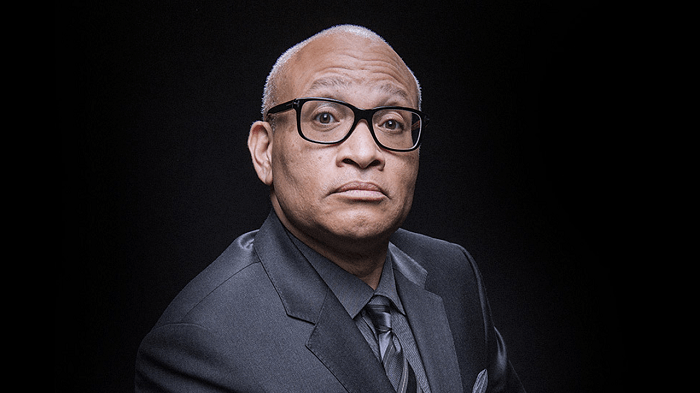 Comedy Central has had its turn at bat trying to add a little color to late night. The short lived Chappelle’s Show will live on forever in our hearts despite its host, shrewd comedian Dave Chappelle, getting out early while the getting was good (if you ask him, at least). David Alan Grier’s news satire, Chocolate News, made it’s best effort but wasn’t quite smart enough for an audience still in withdrawal from the Chappelle magic. The network’s most successful attempt at late night was Mind of Mencia and that show had more hate-watchers than a Dallas Cowboys home game (and about the same effectiveness). They just couldn’t seem to find the right formula.

Who would have thought that all you needed in the end was Stephen Colbert’s old time slot, a Daily Show alumnus and a fairly gimmickless format? Add all these together and you get The Nightly Show with Larry Wilmore (originally meant to be titled The Minority Report). At first glance, the comedian’s new late night follow up to The Daily Show does a lot to mirror it’s big brother, hosted by Jon Stewart. You get a sharp, savy monologue that’s half “A” block news rundown, half stand up routine, and highly effective at both.

The real treat here is a raw fearlessness not seen on Comedy Central since Saint Chappelle himself. Not the “Senior Black Correspondent” Daily Show fans have grown to love nor a black version of Colbert’s hyper conservative caricature (modeled after Bill O’Reilly), Wilmore is unburdened by any mandate to play a character. When he expresses his disenchantment with Al Sharpton (“You don’t have to respond to every black emergency! You’re not Black Batman!), it’s not a well landed Stewart gag that he’ll waste tweets clarifying later. When he stops to place extra exclamation points on his attitude towards Bill Cosby’s Dead Sea Scrolls’ worth…because “laundry lists” are too short…of rape allegations (“That motherfucker did it!”), that’s him talking.

The courageousness goes even further as The Nightly Show follows Wilmore’s well crafted monologue with a panel discussion. Unless you count those “after party” shows that talk about the popular show everyone just watched like Talking Dead, panels are rarely done with late night comedians (with the exception of Bill Maher) because it means they control less variables for a funny show. And make no mistake, the panelists are not mere ringers. From cerebral hip hop artist Talib Kweli and comedian John Leguizamo to news personality Soledad O’Brien and columnist Jamilah Lemieux, these are opinionated people of mention that give as good as they get.

[quote_simple]Wilmore: When it comes to black images, is hip hop the problem or solution?

In most cases, on The Daily Show, if you didn’t show up to hock a book/movie/show, you’re usually a political ideologue who showed up to prove whatever kool-aid you’re selling can stand up to liberal scrutiny. If you’re on The Colbert Report, you offering yourself up as a talking set piece to prove that you’re fun enough to go a few rounds with a proven improv titan. If you come on to Wilmore’s set, you showed up to be heard. The issue of the day is a cadaver on the table and the guests are there with proverbial scalpels in hand ready to take an account of the findings right alongside the host, usually unearthing as many valid questions as answers.

“I’ve spent the last 30 years of my life trying to figure that out and if anyone can help me out, I would certainly be appreciated,” Lemieux answered when asked why she believes society is reluctant to believe women in cases of sexual assault. The comedic effectiveness of the discussion segment is left not only to Wilmore’s ability to think on his feet, but in the hands of his guests who may or may not have shown up with keeping things light on their agenda.

Panelists are then put through a brief Q & A round where they are asked to “Keep It 100%” and answer their assigned question 100% honestly. If the audience doesn’t like what they have to say, Wilmore gives them tea bags nicknamed “weak tea.” This succeeds in getting the audience off the bench and into the game, doing more than just clapping at any old sound byte that meets timid talk show standards of respectability. One of the best moments born of this segment was Wilmore joking, by tossing a handful of tea at Booker after an entirely-too-polite and obviously prepared answer to the question of whether he wants to be President. In fairness, the ever earnest New Jersey senator did straddle the fence so hard when met with the question that he could have shoed it, saddled it and ridden it off into the sunset.

It would have been easy to dismiss the show as too alienating if it had taken the obvious route and been a time honored alphabet soup of news reports that border on sketch comedy, gags that put white celebrities in uncomfortable scenarios with exclusively ethnic jokes and a hip hop soundtrack. However, with the Oscars, Cuba, Cosby, and the State of the Union…if the inaugural week is any evidence of what’s to come, Wilmore’s show runs the gamut of social and political topics every bit as deftly as it’s Emmy Award winning predecessor.

Knowing how famously finicky Comedy Central is with a majority of their shows, is The Nightly Show setting itself apart enough to survive? Are Wilmore and his writing team bound for Emmy gold like Colbert before him? Will the show stay quick on its feet, evolving and streamlining itself enough to keep the guillotine away? Who knows?

Is Week One a winner? So far, so good.