Awwww, shit, my acolytes, it’s that Beifong Secret Origins #2, the one the streets been waiting on ever since Lin sacrificed herself two seasons ago by ripping open a gotdamn airship like she was unwrapping a Christmas present and shit.

First and foremost though, how the fuck did we not realize from jump that Varrick was Tony Stark aka Iron Man before!?!?

All signs were there, yo. Morally ambiguous billionaire playboy that invents shit and has a personal assistant that adheres to his every need? I feel like I let the fam down not calling this shit before and had to have it beat me over the head. For real, these recaps are chess my people’s, if I don’t see these revelations coming, then how do we expect to progress as a people in these trying times.

Back to the action at hand, Lin “Where the party at” Beifong is STILL FED UP like we didn’t have a week between episodes. I love Lin, but somebody gotta tell her to turn her No Chill to “Stun.” She out here taking her aggravation out on everybody. Cats just trying to do their jobs and work through that 9-5 downtime, b. Metal City don’t need no Office Linebackers up in here.

Finally, Truth Serum roll up on her with some creepy, 90’s R&B like, “I can tell that you’re ready” type of observation and sends Lin to an acupuncturist…cuz they got those in the Metal City fam. Bruh, I really need to get a peep at Zaofu’s books. How their economy thriving and these cats got like no imports/exports that I can see. Besides, in a world where planes JUST got invented, I can’t imagine metal comes cheap. I don’t like it man, this shit got Rapture written all over it. If in Book 5, we get a first person shot of Suyin making you metal bend a golf club to her dome while repeating “Would you Kindly,” don’t say your boy didn’t warn you.

Meanwhile THE FOUR HARDEST MUTHAFUCKAS ON THE PLANET are hiding out in Republic City after Zaheer had to flee Air Temple Island. Apparently, they got a plan to Lee Harvey the President, but apparently that’s phase two. Let me repeat, assassinating the president is at least SECOND on the priority list.

Back in Zaofu, Lin attends her appointment with the acupuncturist like:

Once we get that last needle up in the temporal, its #FLASHBACKTIME

Turns out while Lin was trying to follow in Toph Da Gawd’s footsteps, Suyin was out here getting her Tara Reid on. She skipping class, hanging with loser guys that are too old for her. Shit is as bad as it’s ever been in the Beifong residence fam. Su talkin mom ain’t gonna care about her being deliquent because either Toph is too busy keeping these Republic City streets clean, but actually its probably because she just has a date. I ain’t mad though.

In the present, 12 years sober Suyin is teaching Korra how to metal bend. Ain’t that shit crazy that she giving cats all that work and she still hasn’t used the advanced techniques of the bending yet (metal, blood-bending, lightning)? Speaking of which, what the fuck is the advanced art in Airbending anyway? Can Tenzin create Tornados or some shit? Pull the air out a cat’s lungs? I need answers for this shit. Anyways, Bolin is watching Korra get her first lessons because he might be gawdbody when it comes to earth bending, but this dude can’t bend spoons for shit.

While Bolin all in his feelings because Korra picked up metal bending in five minutes like she was Beethoven or some shit, Lin is still in the Mind Palace remembering the fallout between her and Su. As a member of the police force, she out here working these corners like McNulty when she gets a robbery in progress call. When she tracks them down, its the two losers pull smash and grab jobs, but its Suyin that’s driving the getaway car.

Lin can’t take it and spits them acupuncture needles out like she was droppin 100 bars on newest K-Slay and gets the hell up out of there. Memories and present tense start bleeding together for Lin because she left half through the session, so she decides to go back and get this pain in. Back in Flashback Land, Lin decides she isn’t going to let Su just walk away from this and decides to try to cable young deliquent. But apparently, Lin didn’t know Suyin be rockin the hiddin blades like Baraka and cuts that shit lose. 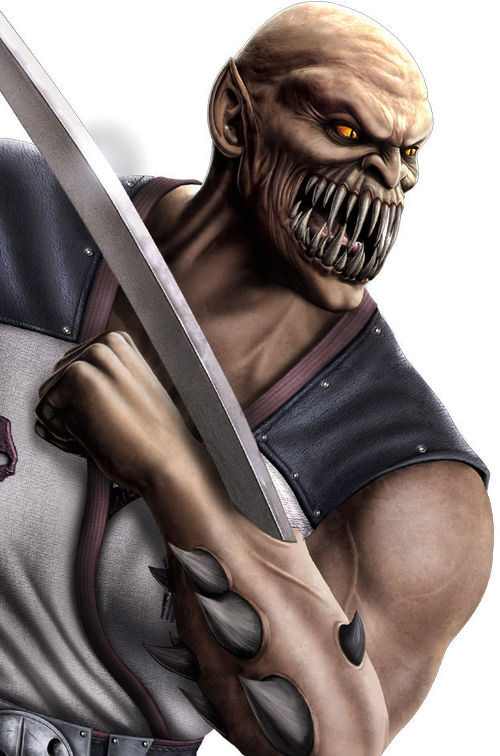 And that leads to this:

Yep, Suyin is the reason that Lin got the tuning fork scars burned onto her cheek. Siblings ain’t shit, b.

Back in Republic City, the Riders of the Apocalypse have kidnapped a driver and his truck to get out of the city. But they kidnapped a cat that has like zero nerves and can’t keep a story straight for 30 seconds. This is the type of shit that got Samuel L Jackson merked in goodfellas.

When the shit goes belly up, they gotta piece out and P’Li while rockin the Janelle Monae start using the force and blowing up all the trucks behind them. And yo, shout out to armless and dangerous Ming Hua. She out here water bending the whip like that shit is normal, b.

If Ming Hua survives this shit, can we get a spin off of her just doing normal ass shit with her water arms? Ming Hua delivering UPS packages. Ming Hua with her own cooking show. Ming Hua doing hair as a weave and track specialist. I’d watch that shit.

Back inside of Lin’s memories, they have a sit down with Toph and Lin learns that she got the whiplash on her cheek for nothing. Toph feels her only option is to get Suyin out of the city. When Lin hands her the police report, Toph rip that shit up like it came from Sallie Mae. I’ma tell you like a young Aang told me, these Beifongs ain’t loyal. I bet Lin wish she had a do over for that shit. She should’ve handed Toph some pizza coupons or the latest Justice League United comic or something. Not like Toph would’ve known the difference.

That leads to the most anticipated fight since the Fire Ferrets made the finals, yo. Lin roll up on Suyin like Jax Teller First the argument happens but after Suyin drop this shit:

It is officially metal clobbering time

The fight doesn’t disappoint, especially when Suyin was dodging the rocks like a drunken master or some shit. Finally Opal intervenes between her mom and aunt trying to kill each other and Lin collapses because she was wore out BEFORE the fight started.

Well, 16 hours later and Lin wakes up as a new person. She don’t even mind that the Metal City is what Brooklyn gonna like 20 years from now with no black people and a lot of Kale and coconut water. She finally apologizes to Opal for being the wicked step mother from earlier and urges her to join the other airbenders in training. Lin and Su finally make ammends which is good for Lin, because Su lightweight handled her without her hair even getting messed up before.


[divider type=”space_thin”]
Lastly, the Death Dealers are hiding out after escaping Republic City. Zaheer is apparently getting his Jinora on and sending his spirit out to find Korra. He comes back to say that Korra is with the Metal Clan so now we CAN’T WAIT FOR THAT SHIT TO GO DOWN.

Next up, the standalone Original Airbenders, episode!