Ba Sing Se looking like what Fox News THINKS Ferguson, Missouri looks like right now. I’m sayin, if brothas in the hood could lava bend, they wouldn’t be stealing vases and picture frames, cats would be up at Wall Street giving dissertations to the folks like Bane reading Jim Gordon’s letter about Harvey Dent.

Mako and Bolin fresh off of doing a bid, running through Ba Sing Se, which might as well be District 11 after Katniss took down the force field. They need to find Korra and deliver Zaheer’s message, but first they gotta find a way out of Beirut. Mako decides they should take an airship, but when he tries that, “I”m a cop from Republic City” bullshit, these cats lookin at him like: 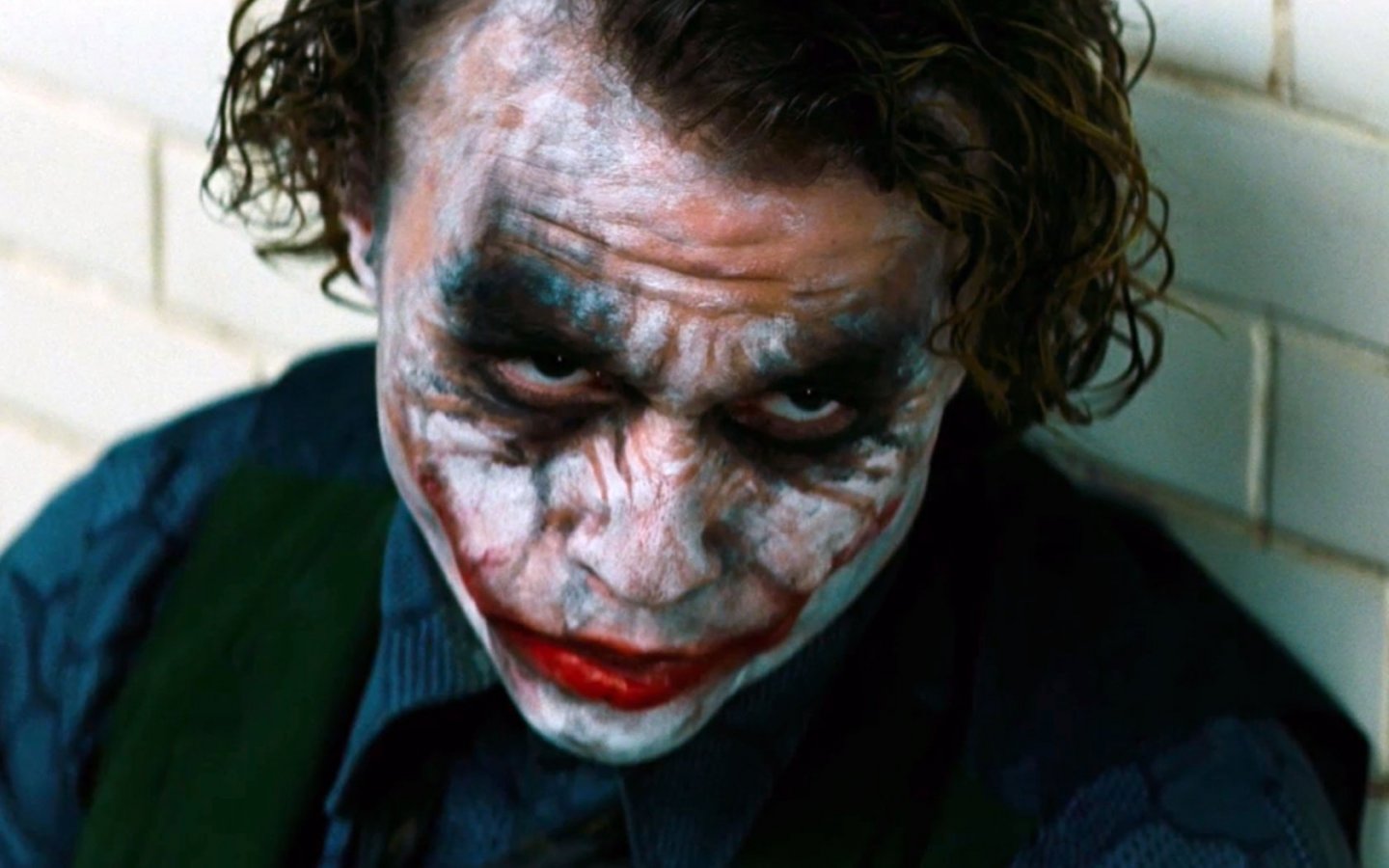 Bolin appeals to their better nature by tellin them where the best looting is at and they take off. Now, I might be in the minority of not having a problem with Zaheer being so dope, but you telling me jokes with the Original Fire Ferrets needing five minutes to figure out how to fly an airship, b. Mako talkin about he got his temporary pilot license because he dated Asami. Now look, if this were a Dem Thrones review, I wouldn’t censor myself and would give y’all that real rap raw, but this is a kid’s show and I got my limits. So how do I put this…

…as fine as Asami Da Fictional Bae might be in Korra-verse…ain’t no amount of “companionship” gonna produce the ability to pilot a giant airship through sheer osmosis. Bruh, Mako wasn’t up on the couch, playing in Asami’s perfect (implied) hair (flip) discussing pitch and rudder controls. That’s about as clean as I could make that.

They see the city got more shit burning in it than Don Lemon’s Twitter mentions, and decide to save the only extended family they got. Bolin tries to convince grandma to leave, but when she acting stubborn, he remembers that episode of Different World and saves the fam.

Mako, Bolin and their 72 relatives finally find the village that the rest of Team Avatar has taken refuge in. They reunite the squad, which led to Bolin acting like he ran into Yonce walking down the middle of the Earth Kingdom.

Which is basically the same reaction we all had to seeing him in the trailer in the first place. But that was just a teaser for this shit:

Lets countdown from 5, shall we?

5) Grandma Yin, got no fucking chill, bruh. An hour ago you were ready to burn in that studio apartment, 3 minutes ago, you were asking if the ship was your new home, and now you out here bending the awkward on your boy? That’s what’s gangsta in these Earth Kingdom streets. Mako should’ve taken his scarf back.

4) Asami played it off well, but lets be honest, when Korra and Asami are having girls nights out, you know AYEBODY probably assumes she’s the Avatar. Who else can bend the hair sheen like that? You know at some point Asami gonna get tired of this second fiddle shit. All those years of being one of the dancers for Aayliyah in the “Are You That Somebody” video and now she’s the wingwoman for Korra? Sheeeyet, she better than me.

3) I know Grandma Yin is old school, but whoa, whoa on the body politics Mi-ma Yin! This is 2014, the First Lady be doing pull-ups and shit now. I’m guessing they didn’t get Ellen in that small ass apartment in the Mexico City part of Ba Sing Se. The Body is Not An Apology Grandma Yin, we won’t stand for your physique terrorism.

2) How fucked up is that Grandma Yin out here wondering why Mako isn’t dating nice girls like Korra or Asami while she left Bolin to get kissed on the mouth by Pabu. Bruh, that first born privilege is strong. Bolin stay being on the fuck end of the stick when it comes to dating. Actually…is Bolin still married to Eska? I graduated from college a while ago so I’m rusty on my Northern Air Tribe customs and have no idea if that shit is legally binding or not.

1) Let’s be thankful that this show highlights women characters and that Mako is actually a gentleman, because his answer to this could’ve been so fucking wrong. He really could’ve answered that shit by reciting the album lyrics to SouthernPlayalistiCadillacMuzik. Mako could’ve been cocky as hell about it on some Smack Url Shit. On some “Swimsuit / Two-piece” type shit.

Mi-ma Yin, you know who you talkin about? Two Scarf Mako???

I’m sayin, I’m glad we all respecting our elders and shit, but Grandma Yin got off easy. Mako and Bolin tell them Zaheer’s message and now Korra gotta make a choice. They meet up in Zaofu where Suyin may or may not be crying fake tears (I done told you about Beifongs and loyalty) when she hears that Zaheer is on his way to Northern Air Temple.

Frustrated because Team Avatar doesn’t have St. Louis County’s response time or military grade weaponry, Korra goes looking for Zaheer in the spirit world. Zaheer is closer to growing his hair out again than he is to hearing Korra’s mouth in the spirit world, but she does come across Iroh. I swear man, Iroh always make a brotha feel better. Your boy just out here, wandering eternity looking for teapots and shit and making people feel better about themselves. Times are hard man, we all need an Uncle Iroh in our lives. I mean, some y’all’s Irohs are named Uncle Durel and just got home from doing a bid for hustling cigarettes in the ’76, but you work with what you got. Now I love me some Lord Zuko, but this cat packin up the Dragon and going back to the Fire Nation when Apocalypse Now Redux is about to go down at the Northern Air Temple? Zuko, WTFuck man? He still Da Gawd, but if the only action we see from him this season is him catching that brick and mortar work from Ghazan during P’Li’s escape, I’m not gonna be pleased.

Team Avatar finally gets through to the Northern Air Temple, but why they got Meelo answering the calls in this bastard??? Everybody got that annoying ass friend that be letting their kids answer the phone. Tenzin, my bender, I hate it had to be you (sadly, I will be saying this again). Korra snatch the mic the same way Canibus did that started his beef with LL.

Tenzin hops on the verse, but it’s too late like Jay Electronica anchoring “Control.” The damage is already done, b. The AOD pull up in the airship bumpin “Worst Behavior” out the loudspeakers.


[divider type=”space_thin”]
They try to evacuate everyone, but it’s too late, AOD is all up in their personal space. They round up all the airbenders, but Tenzin finally like

So this is why we here people, they doin this bendin shit in the streets like 8 Mile. Muthafuckas squarin off like Loaded Lux is in the next round. Cats out here bendin for they freedom, b. This shit is serious. But first, Jinora and Kai are trying to lead an escape to the air bison. Which would be a lot easier if P’Li wasn’t up in the airship hovering the temple like the fucking Eye of Sauron or some shit. P’Li, if it’s a ring you lookin for, you better holla at Zaheer, these airbenders got no beef with you. Zaheer over here 13 years a prisoner and still can’t commit when he gets free.

Speaking of getting free, Zaheer in over his head with Tenzin. Fa real, Zaheer been telling everybody to get their fucking shinebox since this season started, but Tenzin is FED UP. If Zaheer usually giving out that work, then Tenzin must be the district manager in town to do Zaheer’s performance review. Needs Improvement, dick. We won’t call them failures, we’ll call them, “growth opportunities” in your technique.

Then there was Kya, who was holding her own against the arm wielding gawd Ming-Hua. Especially with that ice missile redirect. But bruh, that shit was over when she came up over the edge like Ursula from the Little Mermaid.

I’m guessing that when your opponent kicks it into straight Kraken mode, there’s not a lot of hope left. Bumi tries to employ some guerrilla tactics and even manages to score a bite or two on Ghazan, but all he gets is some earth pillar to the face for his troubles.

The Eye of Sauron still fuckin with the escaping airbenders so Kai decides to distract her and enable the rest of the crew to get away. He dodging the artillery like the beginning of Saving Private Ryan. But eventually, your boy flies too close to the sun and catches Scott Summer optic blast to the chest. Your boy body smoking and plummeting down into the hills. Let’s hope there’s a Lazarus Pit down there (or a baby bison, whatever).

Bumi and Kya take that long step on the short cliff when they get knocked off by Ghazan. They take their chances with the fall instead of P’Li’s tall ass combustion. Which really sucks because Tenzin was just about lay down his vocals all over Zaheer’s scarred up dome before the rest of AOD come in to take him down. Shit was gutwrenching man. Tenzin been Da Gawd since day one. 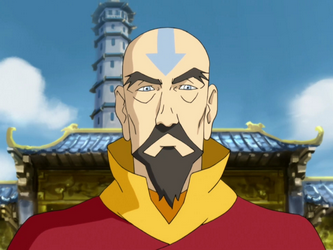 Tenzin, first of his name. Youngest Son of Aang. Warden of the North. Protector of the Realm. Not only that, but this better not be the end for Tenzin because J.K. Simmons been the best talent on the voices since season 1 fam. I didn’t even want to see this shit man. I just put that shit on mute and put the last verse of Jigga’s “What More Can I Say” on.

As long as I’m breathing, its never over…

Tenzin, my bender, I hate it had to be you…