I’ve been working myself to the bone recently, and it’s not always easy to break out of the work-mode mindset.  Because of this, I make a point at the absolute very least once a week to sit down with some cool people and do some cool things to maintain that work-life balance and keep myself from going insane. The swift approach of Thanksgiving has got me thinking about how damn grateful I am about one of my favorite ways to blow off steam: tabletop games.

There’s nothing quite like sitting with some of your closest friends with snacks and a couple of drinks on hand while you’re all loudly trying to slaughter one another—whether it’s by trying to deduce how many of your friends are part of a spy organization like in The Resistance, or it’s by having the least amount of points at the end of each round of cards (like in the rummy-style game, Five Crowns), or whether it’s just about not dying and keeping your team safe while improvising and rolling dice to unfold a brand new story (like in Dungeons and Dragons).

My Board Game Love began when I was young, with family game nights almost weekly. We’d play everything from classic chess to Monopoly to Texas Hold‘em poker. Though this fun tradition slowly ceased when I hit high school, that love for loud, interactive games with loud, interactive people has never left me; I’ve bonded with new co-workers by playing Settlers of Catan, I’ve gotten much closer with brand new roommates through our shared sense of messed up humor in Cards Against Humanity—even games like flip cup can bring complete strangers at a party or gathering to come together in friendly competition.

There are damn near infinite board games, board games, improvisation games… With so many different games and many iterations of each, it’s so difficult to narrow down a favorite. I love the variety of available games—I’ll regularly hear about and yearn to play games I would never have thought existed, and there are always new indie games being created that introduce unique methods of gameplay. 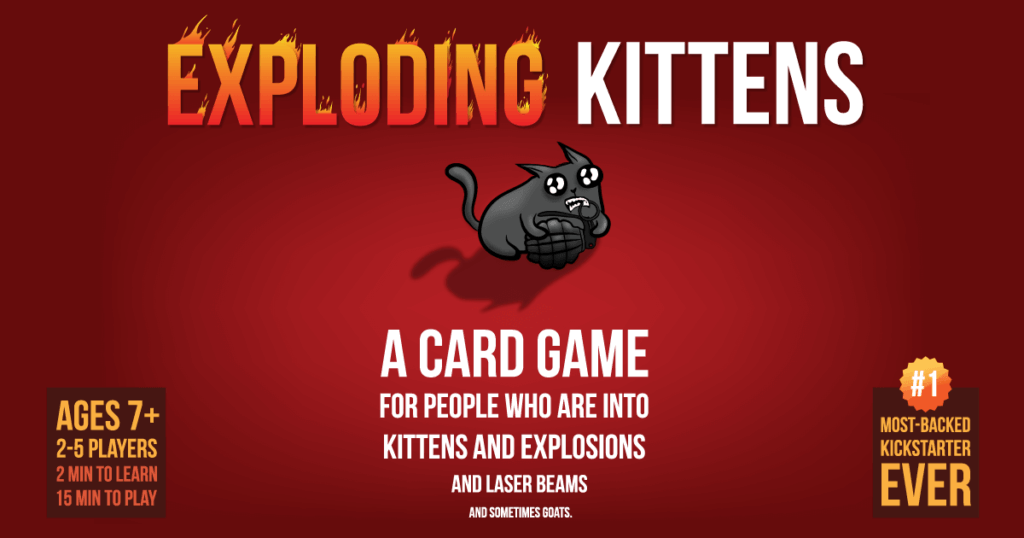 [Caption: It’s like Rule 34 of the internet, but for games: there’s something for everyone.]

While it may seem a little daunting to walk into a new game situation, not knowing how to play, most of the games I’ve played are easy to pick up in a few rounds. The process of learning a new game always ends up being so worth the time it takes to learn; even with games like Pit, which will have you screaming at your friends and slamming hands on a table to collect resource cards while trying to trick them into picking up a deadly wildcard—which might sound crazy aggressive, but the whole affair is just so ridiculous and hilarious that all players end each round laughing about the fast pace and almost hard to follow gameplay. This is what I love the most about tabletop games: they bring people together, even when we’re all competing against one another.

Your turn! We’re always looking for new games to bring to the table. Let us know your favorites!