Well Ladies and Gentlemen, we are back with another episode of Life is Strange. If you remember in the first episode, Max Caulfield returns to her hometown of Arcadia Bay, Oregon to attend an art academy. She then discovers she has the power to reverse time. She goes through a series of events, like preventing her old childhood friend from being killed and finding out that her town may be destroyed due to a tornado. Let’s see what Episode 2 has in store!

I just want to start by saying that the ending of Life is Strange: Episode 2 – Out of Time took me by surprise. This episode is filled with terrible dialogue, really bad lip syncing, and frustrating puzzles, but the ending is the strongest moment in the story and there is no way of changing it. It’s true that your actions in Episode 1 will come with consequences and effect what happens in the next episodes. The verbiage is still pretty bad but the messages that lie underneath them really draw you into this episode. It’s nice to see other character’s stories besides Max’s. Now other characters are in the spotlight and play a big role in Max’s life.

The main character in this episode is Kate Marsh. She is a devoted Catholic and has found herself in a tough situation. She attended a party and did some things she’s not too proud of but has no recollection of those events. Unfortunately, a video of her actions has gone viral and there is nothing she can do. Kate went from this unpopular student, to (being deemed) the school’s biggest slut. Ouch! I felt really bad for Kate. Some very strong themes are brought up in this episode such as drugs, and sexual abuse.

Chloe helps us get closer to the mystery of Rachel Amber, a student who’s been missing. When exploring the junkyard where Rachel and Chloe spent time together, you learn more about Rachel’s and Chloe’s relationship. It actually brings out a jealous side of Max that I didn’t know was there. The choices made in Out of Time feels very important. I’ve found myself making choices, then regretting it, then rewinding and making another choice and regretting that one too and having to settle with a choice that I may later regret making. 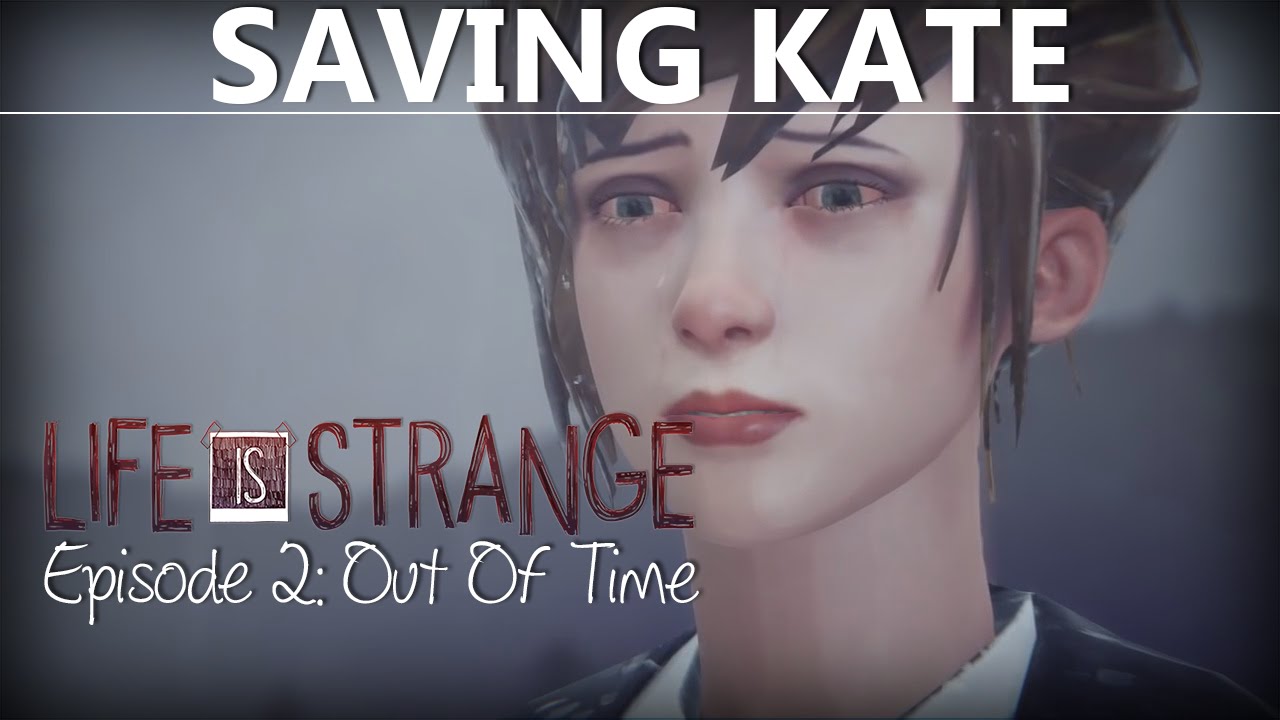 There is a moment when you cannot rewind and you have to make your choices wisely. This is during the heaviest scene in the game, Kate’s attempted suicide. You run to the top of the roof to try and talk Kate off the ledge. You are not able to rewind and change your choices so you must think hard about your decisions. Your choices could either save her or not. This is a very hard moment in the game because it makes you think that you could of done more to save her.

Overall, this episode was much better than the first. They still have problems with the verbiage and lip syncing but it really was a great episode. They’ve even posted this online for those who are affected by some of the themes brought up and I respect them for that. I’m really looking forward to Episode 3!