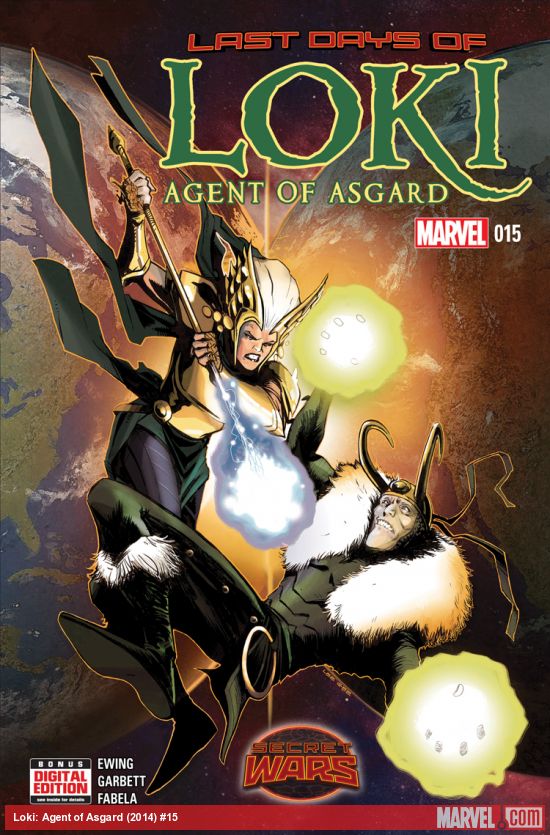 All Hell… wait no run that back. All Hel has broken loose up in Asgard. When you got the Norse Gods out here wielding choppas and hammers on an army of the undead and shit… I don’t even have the words for that. We literally got Odin out here shouting the Bill Collector, “I RELOOOOOOOOOOOOOOOOOOOOOOOAD AND DO THE CABBAGE PATCH” in Norse as he is bucking off on cats man. Ewing you a fucking lunatic for this shit right here! We’re seeing motion picture shit this issue. It’s been so long since we’ve seen Odin up and at arms in actions as well. Loki is really pushing the front lines in this war and we’re seeing it all unravel before us now. 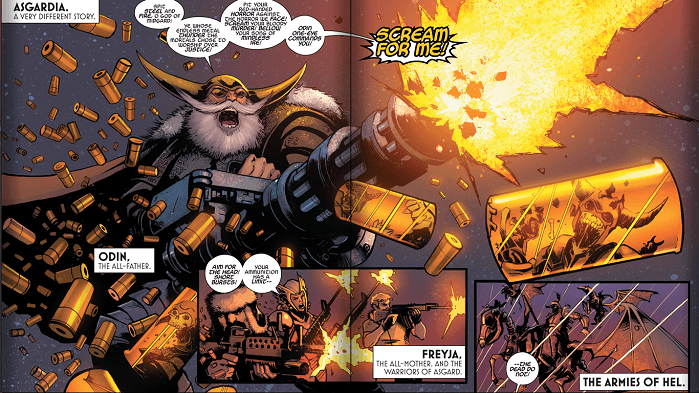 Let’s talk about that art tho. Yall see this shit? Do you see the fucking detail with the zombies reflection IN THE SHELLS COMING OUT ODIN’S CANNON?!?!? GARBETT ARE YOU SERIOUS?!?! COME ON MAN. ARE YOU NOT ENTERTAINED! It doesn’t stop there he depicts this battle fucking glorious, I didn’t know if I was looking at art or cinematography during certain points. Which is incredible as the story flips between the present day battle and how Verity came into possession of her powers. It’s a great contrast and there is so much happening in this issue but you aren’t ever lost at all.

Ewing and Garbett deliver that action paced issue the game Norse Mythology been needing up in Marvel. Loki is truly a character that is flourishing just as much as (the new) Thor, if folks are paying attention. They’ve made this series way more complex and it’s all unfolding simply now in these latest issues. I can’t even give you hints of whats happening as it would spoil some shit. I’m just going to say, The All Father & The All Mother took it to some old dumbout gangsta shit.