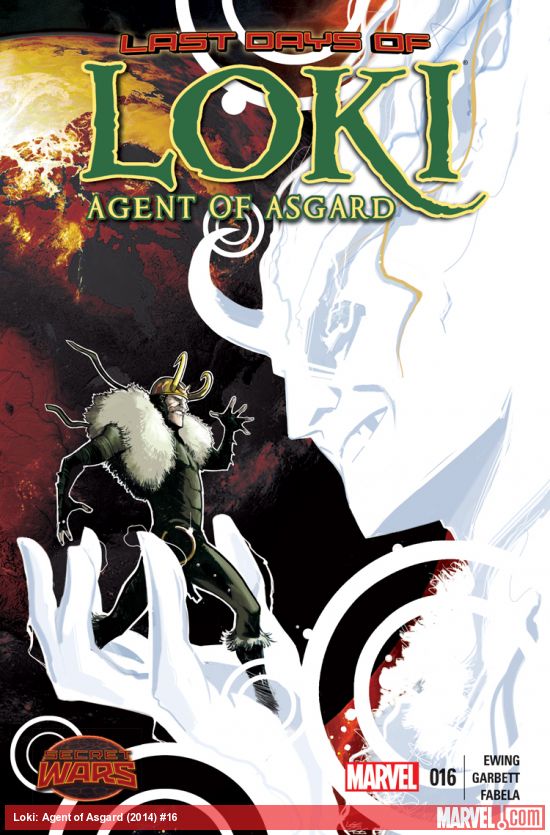 We’re at the final days of Asgard as Midgard is coming to an end. We’ve seen Odin pull out all the stops as well as the hero after hero enter Valhalla. The All Mother has more strings she can pull even in the Halls of the after life but the truly great reveal is the return of two of our faves into the fold. 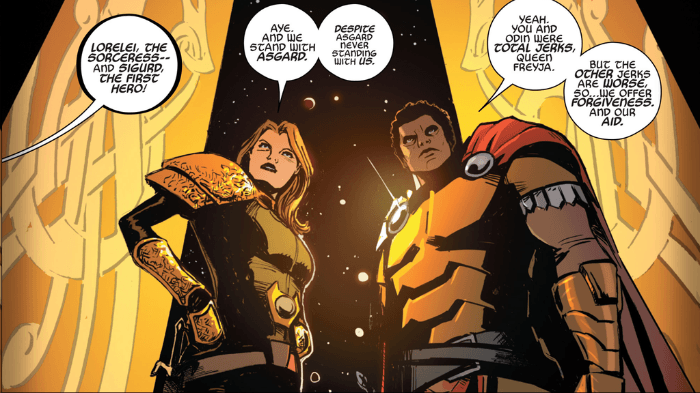 Meanwhile we see the final showdown between evil future Loki and our currently resurrected present day Loki. The present day Loki shows a whole new attitude and sense of self confidence once she steps foot onto the scene. Garbett captured the scope of the war of the end of times for these characters incredibly well. This was a huge battle without Thor truly allowing Loki’s to shine without having to be opposite of her brother. Visually it looks like all the stops were taken out for this book to be the final chapter in the tale of Asgard. There were multiple revelations that stemmed down to the choice made for self by Loki.

This series was a large installment and psychological look at how Loki works from the inside out. We’re going to be seeing the conclusion of this with the following issue but whether this will stick for Loki in the events after Secret Wars will is the true question.