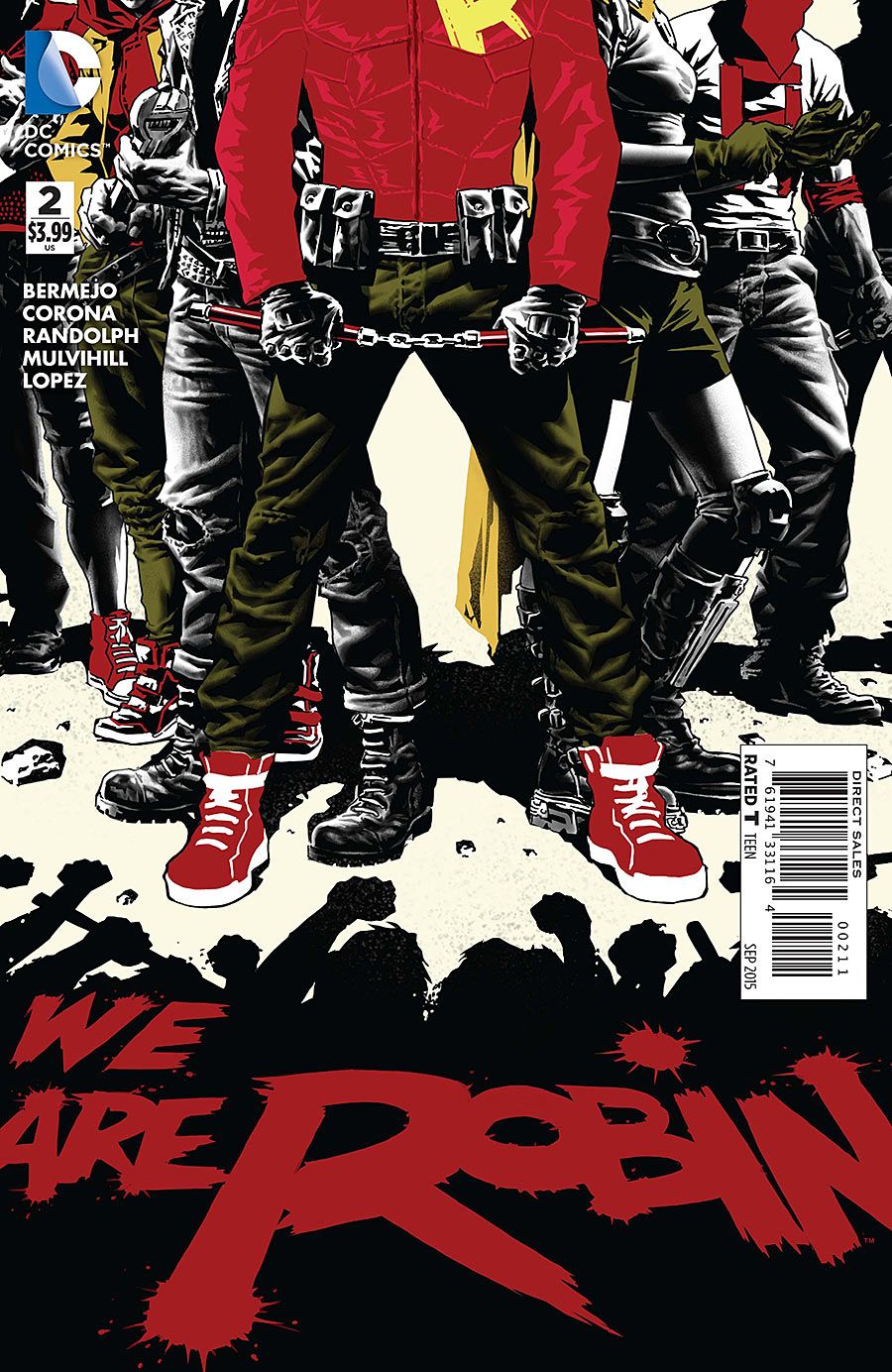 We’re at the second installment of We Are Robin and Bermejo hits the ground running as the pace increases with action and a multitude of choices faced by Duke Thomas. We see Duke meet the Robin squad and there’s immediately a sense of chemistry with his snark. We’re seeing the others flourish as a unit as well, calling out to each other and looking out for one another. It’s obvious everyone is still rather new to this vigilante work but they all show extreme potential. We see the personality of each of these very diverse (thank freaking god) cast of teens taking on the role of guardians for their city. 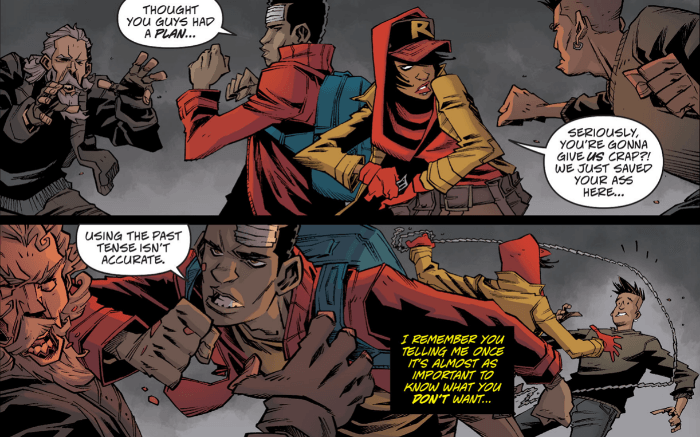 Duke gets an incentive to become something more, which is a bit of a different approach to the vigilante career that people get involved in with Gotham. Bermerjo has the story move fast, but the level of believability works incredibly well. We see the incentive being Duke Thomas given a chance to do something, to defend his own with tools provided to him. Especially with everything going on in the states concerning the lack of care towards Black lives from authority, to see Duke Thomas bluntly express his distrust for cops is truly a perfect moment. The way he throws himself into action as his own choice is a very defining moment and a great insight into his character for the reader. 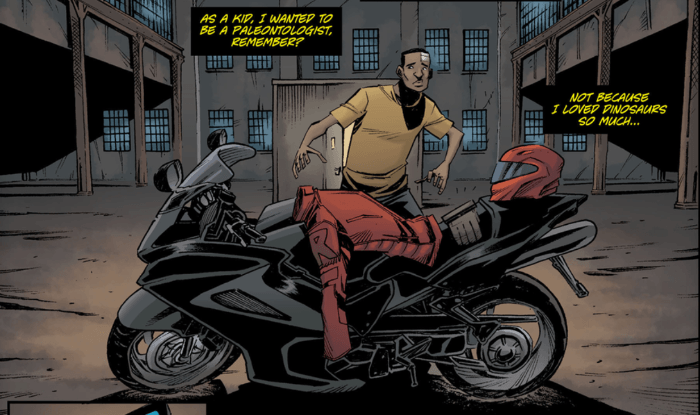 Randolph, Corona, and Haynes on that art work? I can’t express how much I am fucking with them. They got the city looking like a character in an of itself, and each Robin stands out from the others, especially in their choice of fashion, weapons, movement, and equipment. They nail mannerisms and expressions on panels which makes the story even more visually pleasing. I do wonder why no one is wearing masks, but at this point in Gotham with so many vigilantes it probably doesn’t even matter because it’s just a typical Thursday seeing cats jumpin’ roof to roof.

This series is going so hard, and with the squad having to roll as a unit in the next issue with Duke as a new comer it’s going to be great to see how the dynamic changes and who will come into the leader role.