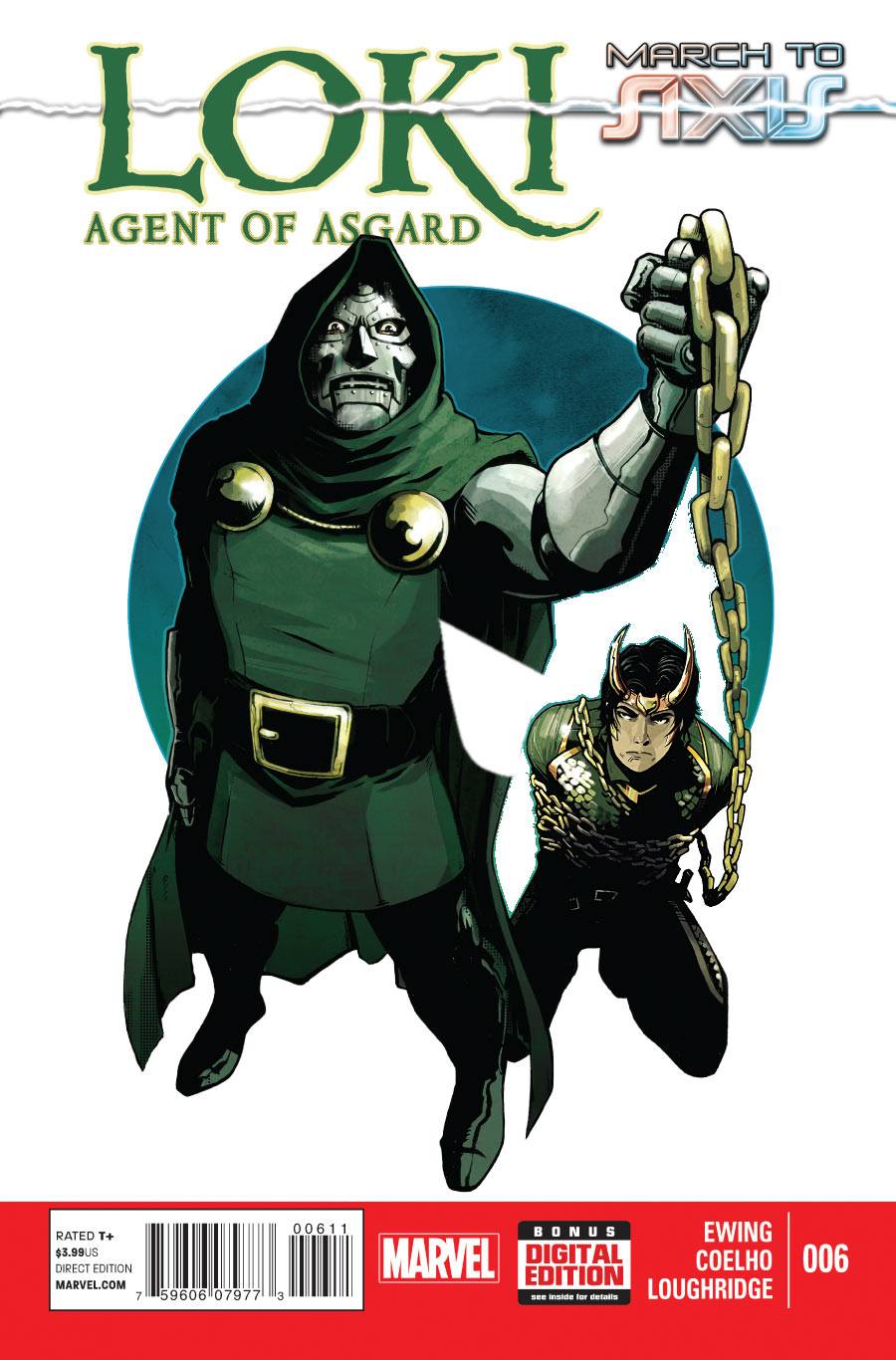 That Loki is back after some time away dealing with the new found sister from a tenth realm. We are now back to that all half truth everything music. the issue kicks off with Dr. Doom in the future getting a sneak peek of how shit ends, he then encounters old school classic A-hole lucky that pulls a dick move on him. Luckily Valeria is there at the controls to pull Doom back into our time. We then cut to Loki talking to Verity who is pissed off that Da Gawd Of Lies is only giving her half the story. Unfortunately as he is about to give the whole truth he gets swept away by Doom’s device.

Doom is not having it and he has decided to get rid of Loki via a battle of wits. Think princess bride scene with the wine. What occurs next is a battle of wits conversation that Loki finds himself on the losing side of…or so it seems. There is an ace in hole we discover but not before Valeria discovers it first. Ewing is spot on with his writing although I got a bit confused with the conversation Doom was having with Loki that was getting mirrored with two construction workers in Latveria discussing their differences toward Doom and what he stands for, which escalated to violence. 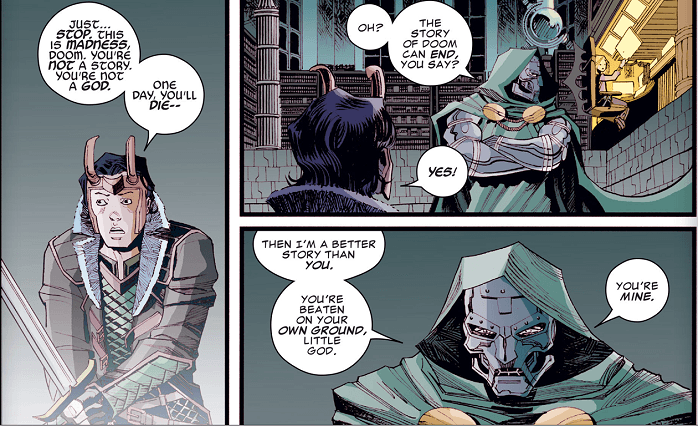 All in all it will be worth the read to see how the unlikely “ace in the hole” Loki provided will fair up against Doom since it will be a completely uneven match in terms of power. Looks like the next issue is going to be a battle of wits as well.