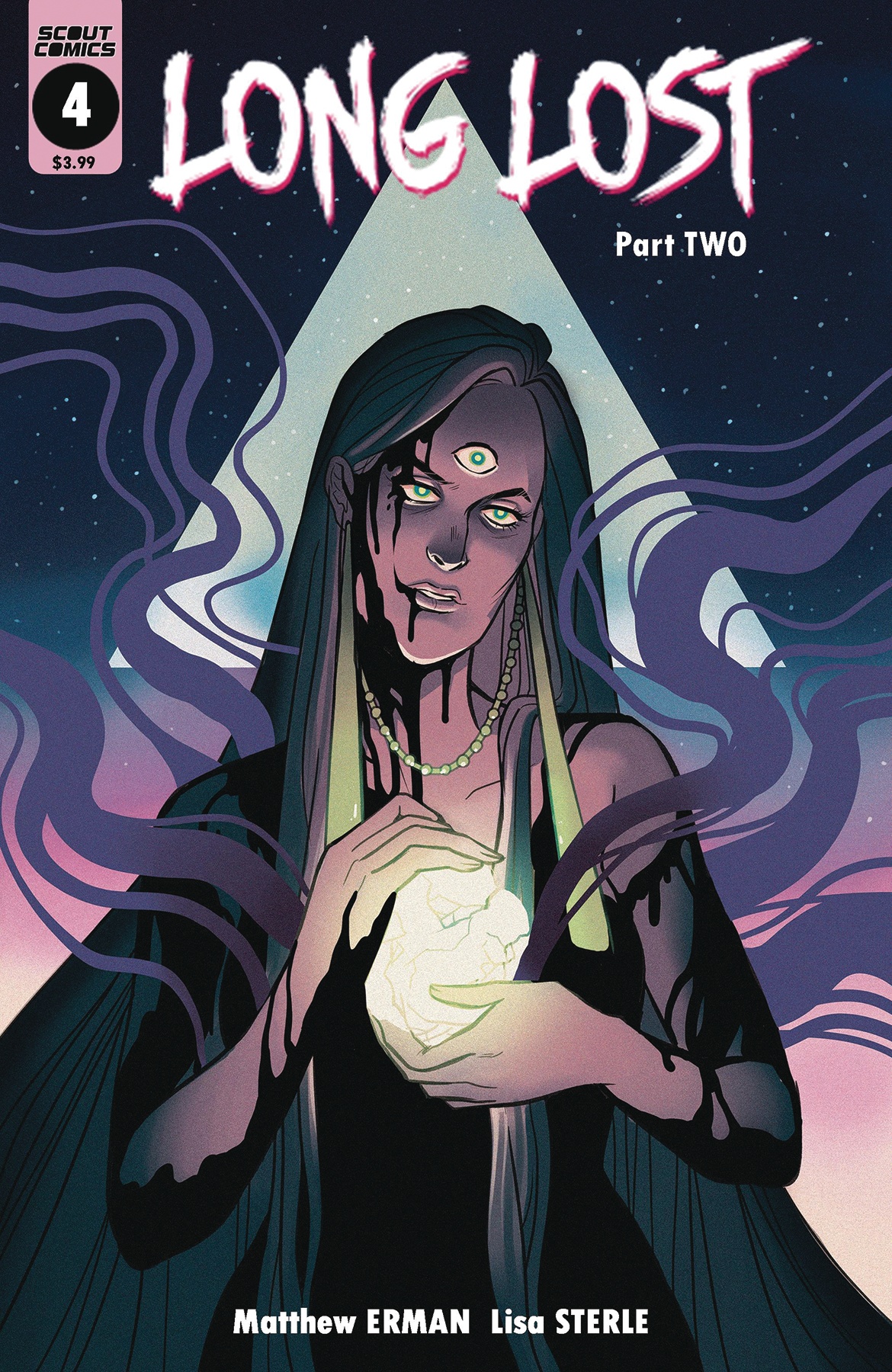 The start of this issue begins with some panels of younger Piper and Francis innocently playing some children’s game with their hands together in a seemingly trusting way. This is obviously a flashback to their past, yet it holds some foreshadowing to what happens later in the issue. The prose speaks of something growing with one, and nearby something, what’s left of an animal, rots near the girl. There is some cycle of birthing and dying that has started in this town with this family, with these girls, and I reckon the sisters and their twisted family setup are going to be much more involved in this whole cycle before this book comes to an end. 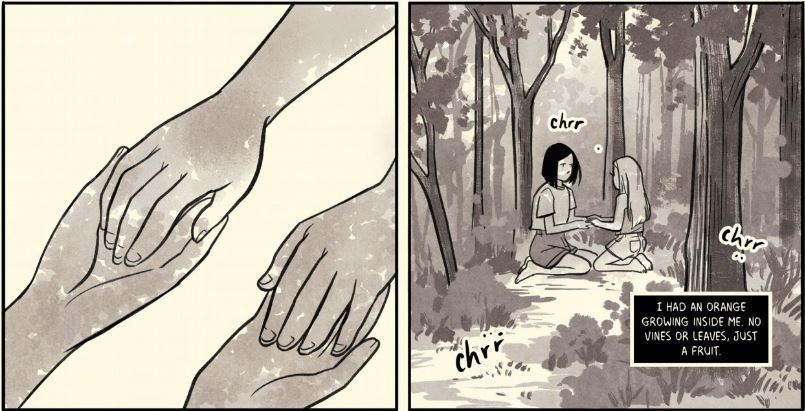 So as if things couldn’t get worse for our sisters, time and space have shifted creating that three year gap where they were…just missing. Thinking of who to trust and whom they’ve just been revealed to be related to has all been shaky ground, and they both are stalked by those who would do them harm. Death ever hangs in the air, heavy and damp.

This issue has the girls reunited yet on their heels is a predator. There’s been so much that has been flipped on its head. But when they take each other’s hands and take off together, Francis tells her big sister “I trust you forever. Always.” This is a tear-jerker as everyone else in life and this place, especially after their returning has failed them in some way. Or tried to murder them. Or trap them. Or trick them. Or eat them. Or force them into being vessels for some ritual purpose. 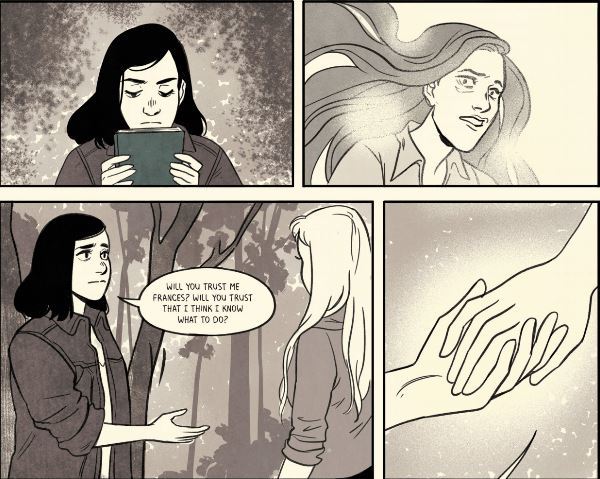 There is a LOT of trust for Fran to put into Piper after some revelations: of seeing their Mother–some version of her, of Auntie Joanna…not being their Auntie and generally being over their heads and being chased.

The later half of this issue features some really cool coloring that brightens up the dark and drab color scheme that we’re used to in small simple touches: in a doorway, on the cover of a book, and later illustrating a death scene. Goodness so much goes wrong in the woods, and the sisters are soon gestured to the mountains after some more heartbreak. Something, someone awaits them, and they’re nearing ever closer to the finale. Their homecoming has made so many ripples in the pond. There is someone who has been waiting so long to meet them.

8 Magenta Colored Panels of Gore Out Of 10