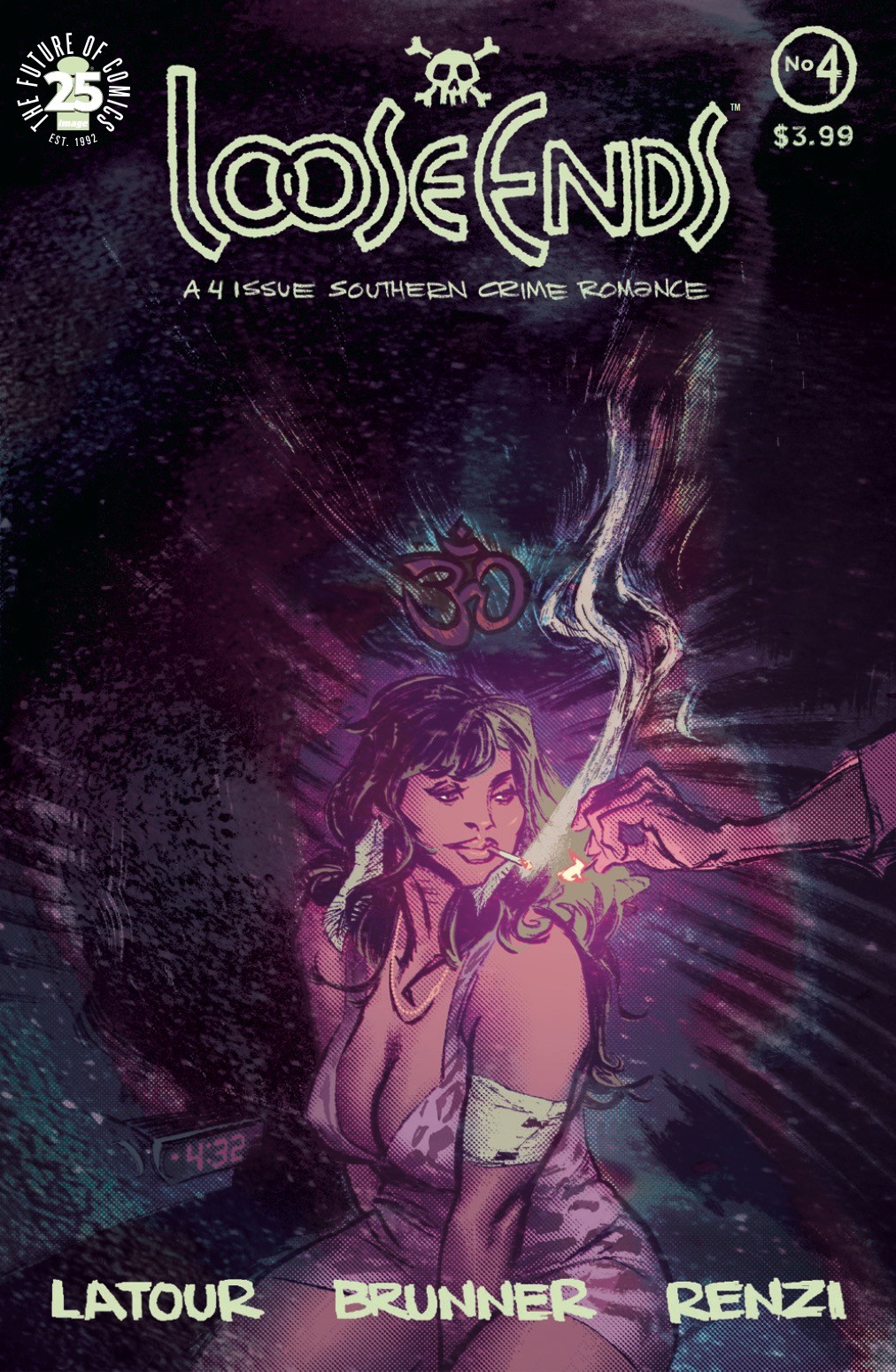 We ended our review of issue #3 on how it leaves a lot of pressure for the finale to cover a lot of ground, both character and plot wise. As the miniseries comes to an end, Loose Ends suffers the downside of trying to do a lot with too little time.

The finale follows Sonny and Cheri to their final showdown as Sonny’s history of drug running has caught up to him, with another extended flashback meaning to shed light on his and Rej’s backstory and what it means for the present day. The flashbacks make reading this title more confusing than anything though, despite being creatively illustrated, which had been the major strength of this book – its creativity and colors have kept readers interested in a story so confusing sometimes you may feel you are on drugs yourself. That feeling reaches its peak here in issue #4, where each character’s emotional state is highlighted in glows and neons, a visual overdose that made its ending simply exhausting. Between the colors, flashes, and panel layouts, it became the comic book equivalent of a Michael Bay Transformers scene, doing the most to negative effect.

Loose Ends’ main pitfall though is simply having a cast of characters too broad for the narrow window of time allotted to develop them. Of the many names and faces over the course of four issues, you would have a hard time identifying many of their respective purposes, let alone learning to care about them. When the body count starts to rise, everyone is little more than an extra in the film.

Overall, Loose Ends lands in the ambiguous region between plot-driven and character-driven fiction, fitting neither well enough to do them justice in a compelling way. Where it shines brightest is taking chances on creative visual storytelling, which, as a visual medium, is enough to make the book worth reading despite its shortcomings. Just don’t expect its characters to stay with you long after the last page.