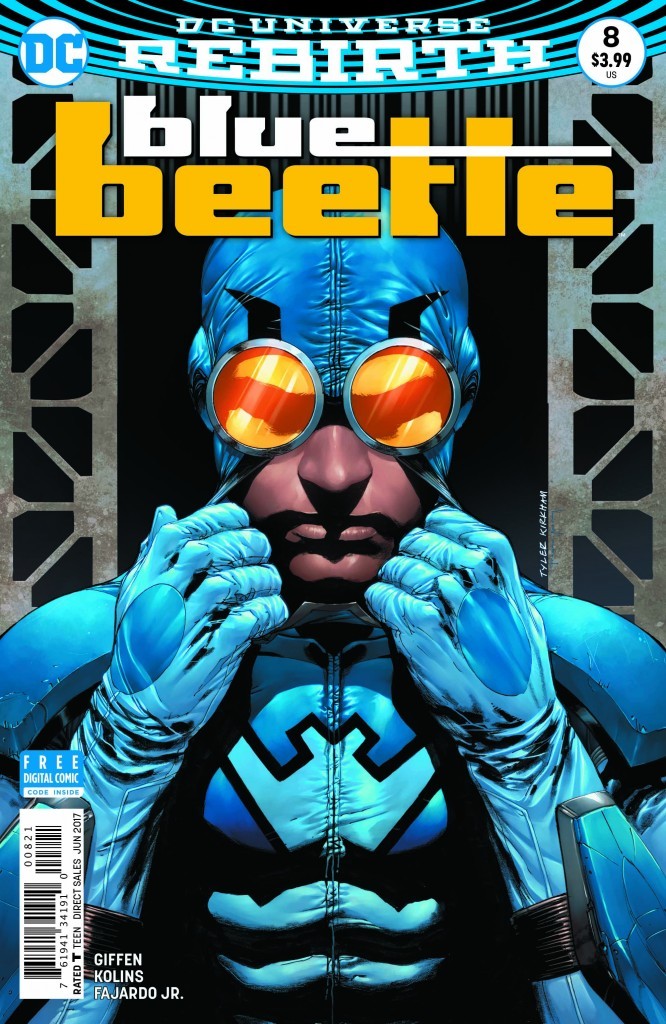 Jaime is finally free of the scarab as of last issue and our guy is having second thoughts about what that means. We find out his body is in peak condition thanks to the scarab’s influence, but Ted Kord and his mother tell him he did his time as a hero. Jaime isn’t liking sitting this battle out at all and takes it even worse as he sees his town is damn near abandoned and folks turning into monsters.

Jaime tries to defend his moms from a monster but apparently he forgot he ain’t got that battle armor anymore. We then get an appearance from Brother Eye and O.M.A.C. this issue, which kind of feels out of left field, but you can rock with it. We’re also learning more about the current Doctor Fate and how he operates in this Rebirth universe. He’s a hero, but he’s mostly a dick this time around. 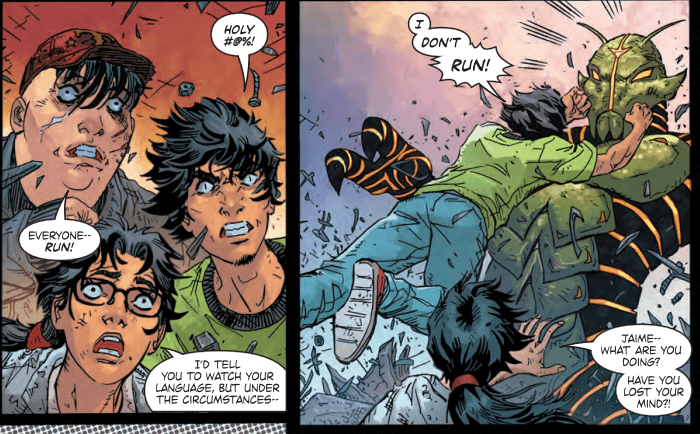 We witness Jaime’s mother undergoes a transformation (same as many of the citizens, hence the town seeming abandoned) which causes Jaime to realize he can’t quit the hero game. Jaime meets up with Ted Kord and pays homage to the Blue Beetle that came before him as he suits up. The closing shot of this issue shows us the type of hero Jaime is becoming.

We have come a long way with Jaime’s journey in this new iteration. I’m fucking with the art from Kolins, my only complaint for this issue is when Jaime starts narrating what’s happening aloud. The narration is better suited for thought captions and it comes across rather weird that we are getting narration of what’s happening instead of a dialogue of reaction to it.

8 Rumors of Retirement out of 10