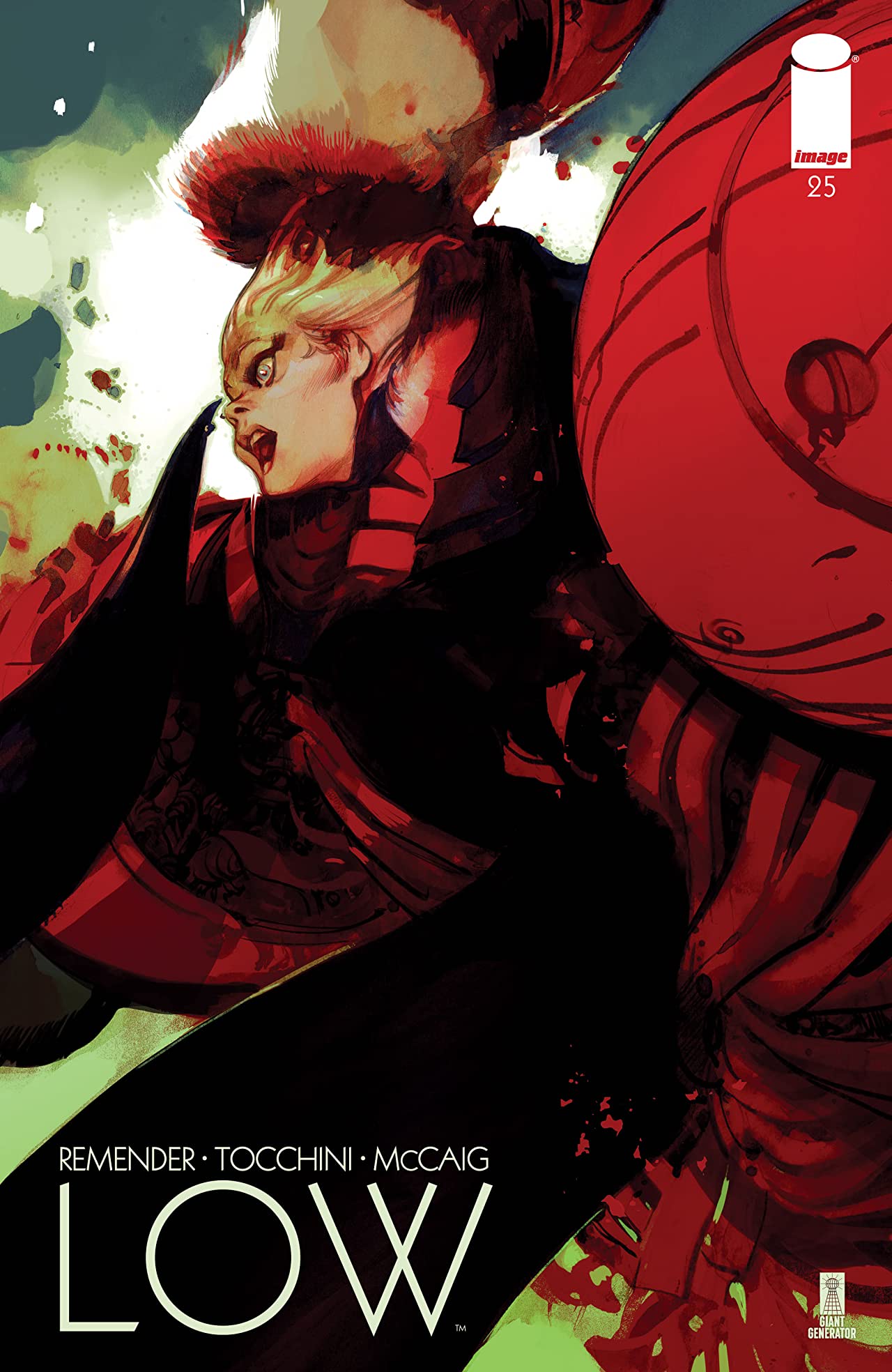 My sense of time has been very much untethered for the majority of 2020, and one of the things that is certainly not helping this fact is that Low #25 is the penultimate issue of the series coupled with the fact Low #1 was one of the first comic books I ever got in single issues when I became a comic book reader in 2014. The imaginative world of undersea living as brought to life by Tocchini’s magnificent artwork, and Remender’s writing was one of the few non-Big Two series I opted to read when I was first getting my metaphoric sea legs. It’s safe to say that I’m a little nostalgic for the series. But to be fair, the series has earned its place in my heart.

It certainly does help that the themes of family, hope, and trying to find a better home in the ruins of a crumbling self-destructive society that faces another world-ending event has somehow managed become aggressively more timely as the years have passed, and it feels like Low manages to balance the bleakness of survival with a gritted optimism.

Stel’s journey has taken her across the desolate wastelands and uncovered several truths about the world at large, and still, she manages to look forward. She manages to show a stalwart level of determination to save the remnants of humanity despite the great personal tolls she has had to pay. And she and Della find themselves in one final fray, things aren’t looking great.

But as Stel’s narrates over the skirmish, Remender’s words manage to resonate. There is a nobility in the struggle. There is something about being resilient as everything manages to go wrong around you. There is still something to look forward to if imagine.

I think I’m always going to have a soft spot for Low. It’s design and world aesthetic has always been appealing, and the arduous drive of the characters to find something better than the status quo is admirable. But more so than anything, I’m excited to see this six year saga come to an end this December, and I mostly hope this review is a reminder that Low is still very much a deep meditation on what hope means and how it manifests in the unlikeliest of times.