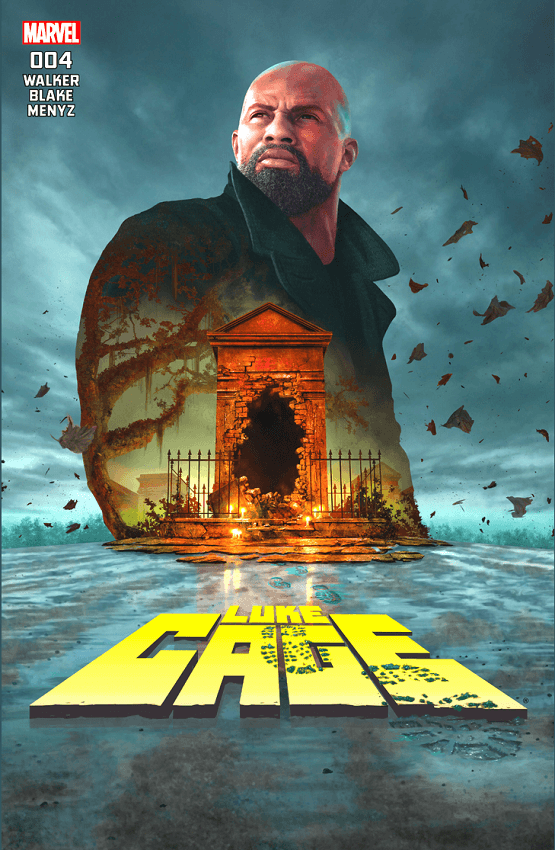 With each issue, somehow, Luke Cage continues to get better and better. The mystery of solving Burnstein’s death has been turned to a new mystery: How the hell is he still alive and why is he still alive. Walker gives us a lot of Cage’s inner monologue as he tries to not only process that Burnstein is alive, but who exactly Burnstein is compared to the paternal figure he always projected on to him and if there is something more sinister to Burnstein, what does that mean about him? Working through those machinations while simultaneously seeing Burnstein’ perhaps true feelings about him and Warhawk is done exceptionally well. One that builds the frustration in the protagonist, but also clarifies some character motivations for the reader. 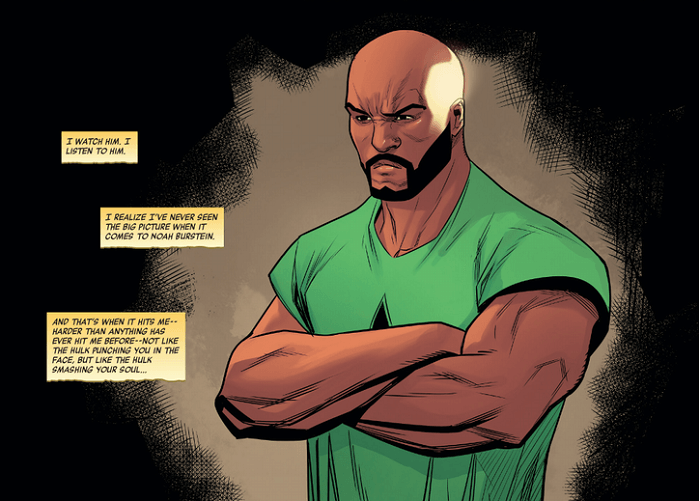 On the other side of the narrative, Cyril Morgan aka Mr. Filthy Rich Money Bags has contracted KevLar and the 9th Ward Mafia to do some dirt for him, which ultimately ends with eliminating all the other chess pieces on the board. KevLar is a good and unique character for all the other characters we’ve seen in the book so far. He’s not a good guy per se, but he isn’t a mindless thug, nor just a hot head with a heart of gold. Him having ambitions beyond just taking a check from Morgan while also having a lot of pride in his crew is a good balance struck by Walker.

Blake does a lot with a book that is about 70% dialogue. The balancing of the panels of simultaneous movements in the plot happening often coupled with Cages thoughts works well in a simulated confusion that Cage is experiencing. And the big fight scene is pretty damn good as well. Also, shout out to Marcio Menyz who colors a beautiful book as well, creating a mood befitting the book.

Luke Cage, as predicted, is still really good with the plot heating up. When it seemed it was possible some not as interesting characters might take control of the narrative, Walker guides us right back into the path of our dangerous players.