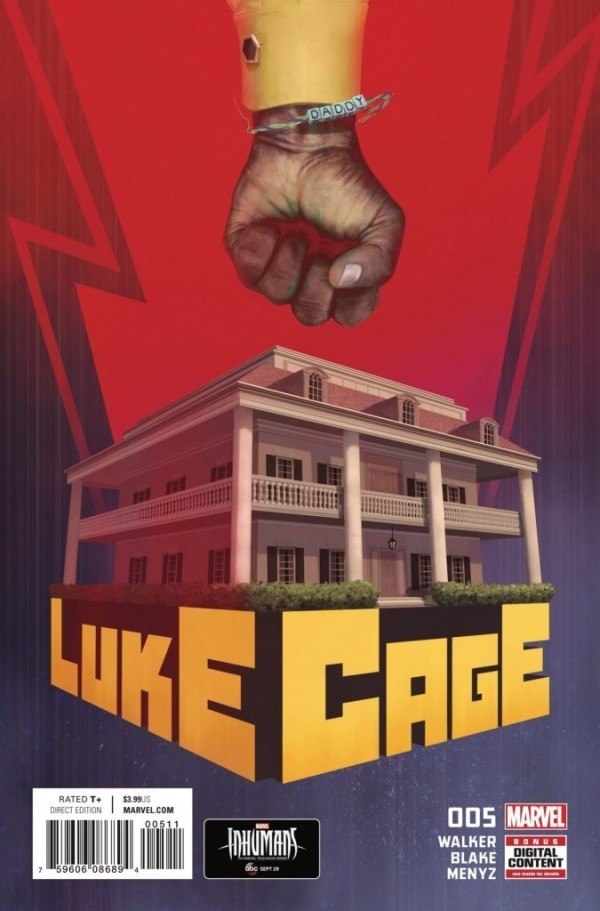 Luke Cage, for all intents and purposes, is in a real good position right now. Even though Defenders was…aiight, it kept Cage’s TV profile up. And thanks to Walker and Blake, Cage is as prevalent in his own book as he has been in a very long time. After the last issue, where we watched Kevlar go berserker at the sight of his whole crew getting merked, Cage is left to stand toe to toe with the stronger version of himself. This was a great starting point for the book (that seems to be the end of this arc) as Cage has finally had the wool removed from his eyes and is beginning to see the end game.

There seems to be a lot that happens in this issue but maybe not enough. This initial plot, which has been supremely timed to this point, felt a little quick to the finish and resolution. Especially since the circumstances that “end” it were just the kind of a thing that happened that didn’t really force characters to make too many tough decisions. I was still happy to see Warpath be such an important and unique character throughout the book, often breaking up the moralizing and hand-wringing of the characters. 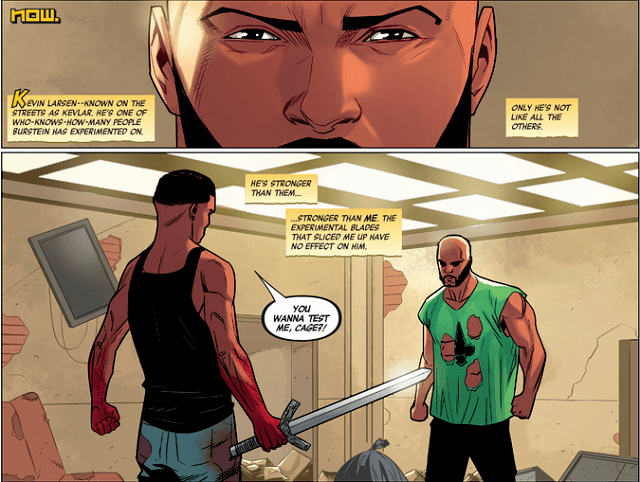 One of my favorite moments of the book was the de-escalation of the conflict between Kevlar and Cage. I’m probably projecting here, but Walker seems to have tapped into something with the Cage legacy, one that deals with the exploitation of at-risk men, specifically Black men at the hands of (let’s call it what it is) White men, be they men of means or men of science. It was a small part, but an impactful part, to see Cage literally put his arm around Kevlar, who is suddenly living with his actions and how his life has immediately changed.

The art from Blake is still top notch as it has been all series thus far. There are a few panels that aren’t as detailed near the end in the splash pages, but outside of that, the crispness and pop of the action really shines.

This first arc ends with Luke coming to grips with who he is in respects to who made him the way he is now. While it wraps up a little quick, this has been a stellar beginning to a series we hope is around for a while.