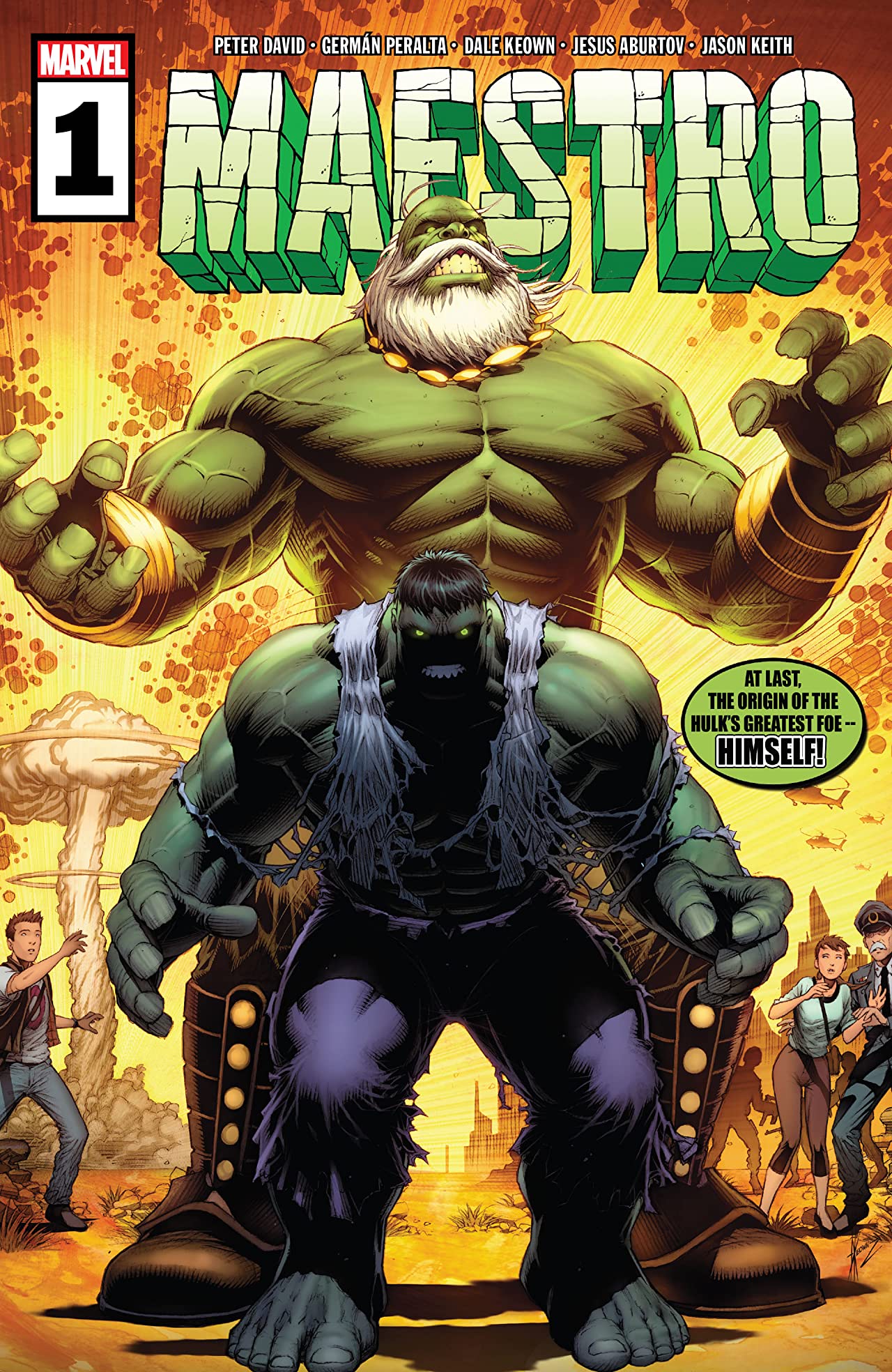 Everyone knows the famous line from The Dark Knight, where Harvey Dent basically spells out his own fate by saying “You either die a hero or you live long enough to see yourself become the villain.” With comic books, we love to see heroes being thrust into the future, only to face a villainous version of themselves: i.e. Reed Richards The Maker, High Councilor Superman. However, none are more infamous than Maestro, the post-apocalyptic version of the Hulk who made himself king of what was left.

Maestro is an imposing force, and that says a lot considering that well … the Hulk already is an imposing force. So seeing another version of himself that is more ruthless is quite a sight. What made the original Maestro: Future Imperfect comic so great is the focus on Maestro’s anger and resentment for a world that hated him. The Hulk has always been deemed a monster and the irony of it all is that humans end up destroying themselves. After witnessing the fallout, this version of the Hulk decided that he was owed for how they treated him and rules over the remaining few humans as an act of penance towards them.

What Maestro #1 seeks to accomplish is telling the story of how the Hulk became Maestro. Honestly, it’s not a book we exactly needed, considering the original story pretty much lays out the how and why pretty clearly. With that said, this prequel’s first issue is a decent complement to Peter David’s original story. Germán Peralta’s artwork matches the original tone as well, with its tragically worn characters and post-apocalyptic vibe. If there is one thing that David succeeds at with this new series, it’s satisfying the curiosity of seeing Hulk transform into Maestro beat for beat and filling in those blanks.

What I like about this first issue the most is just being about to get inside of Maestro’s head and watching him come to terms with the end of the world. The Hulk has always had a contentious relationship with humanity. From the way they’ve treated him to the hypocrisy of the heroes he’s worked side by side with. Very quickly after seeing the aftermath of their destruction, you can see him give up on humans. Who can blame him? It’s a good start. However, a lot of it is expected, especially if you’ve read the original. Hopefully, there will be a few surprises to the story with the coming issues.

8 Reshaped Hollywood Signs out of 10