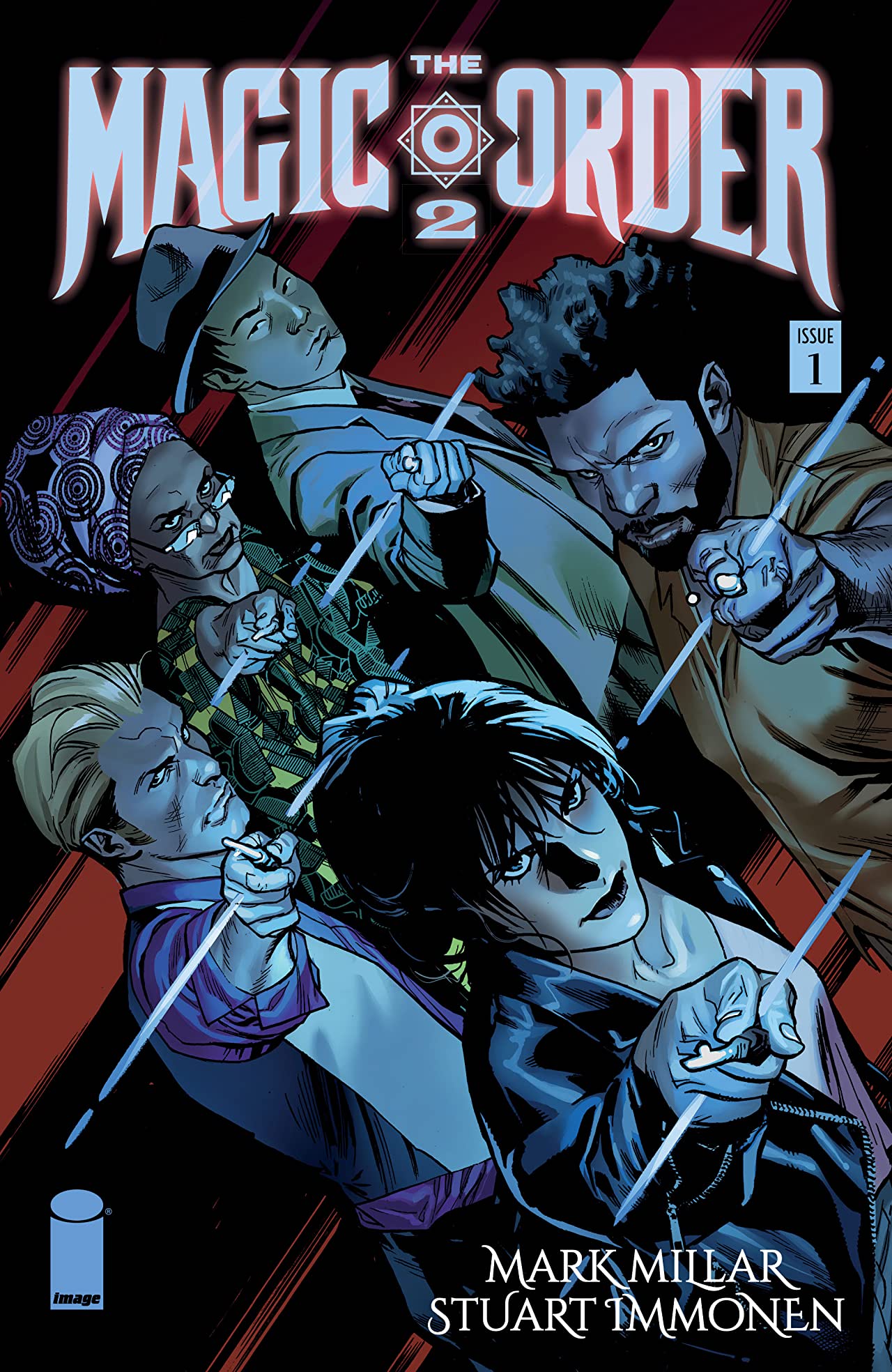 Mark Miller is back on his mystical spellcasting, brutal imagery, and foul-mouthed gangster wizards flow with the 2nd volume! Cordelia has usurped the throne from her father after taking out Madame Albany and her wild henchmen. Gabriel’s daughter was then brought back to life after her dad’s selfless sacrifice. The Magic Order is back at full strength, and they’ll need it after the next threat surfaces with their eyes on chaos.

The Magic Order 2 #1 very much felt like the season premiere that sets up the madness that lies ahead. But I’ll be Bast damned if I’m ever gonna be upset about a setup that contained so many tidbits of greatness to nibble on! Mark Millar was out here throwing catnip to comic book felines like Puerto Ricans throw bread to birds rats with wings in the Bronx.

First off, we not gonna act like Mark Millar hasn’t been using the most cherished souls in our lives to elicit wildly harrowing feelings of fear and worry. That child who casually Chucky murdered his sleeping pops in the opening panels of Vol. 1, issue #1 had me straight shookums, and the twisted scene that went down in this one is bout to give me nightmares. I don’t know if this trend is intentional, but it’s a hell of a tactic that I cannot help but love and hate at the same dam time!

While the demonic child moments have been wonderfully warped, the itch I cannot get rid of in the villainous part of my mind was oh so pleasantly scratched by some sorcerers who are opening up a whole new can of worms for this universe. Our main antagonist from Vol. 1, Madame Albany was known only as “the untrustworthy cousin of the Moonstone family who wanted to behead The Magic Order so she could take control of the magical world.” Oh yeah, she also wanted her shapeshifter to take a shit on her dead cousins’ graves, but that’s just the tip of the iceberg with last season’s villain.

Stuart Immonen does a great job of bringing this new chapter of cutthroat wizards and deviant magic to life. From a child’s joyous birthday party to the gory scene of an imaginative mind. In The Magic Order 2 #1, we see the precipice of the next evil front that The Magic Order will have to take on. Mark Millar is giving MHA League of Villains in Magic Order Volume 2, and I can’t wait to see them go Meta Liberation Army on Cordelia, Regan and them!

8 Moments of Cop on Cop Violence Out of 10

Reading The Magic Order? Check out BNP’s other reviews here.