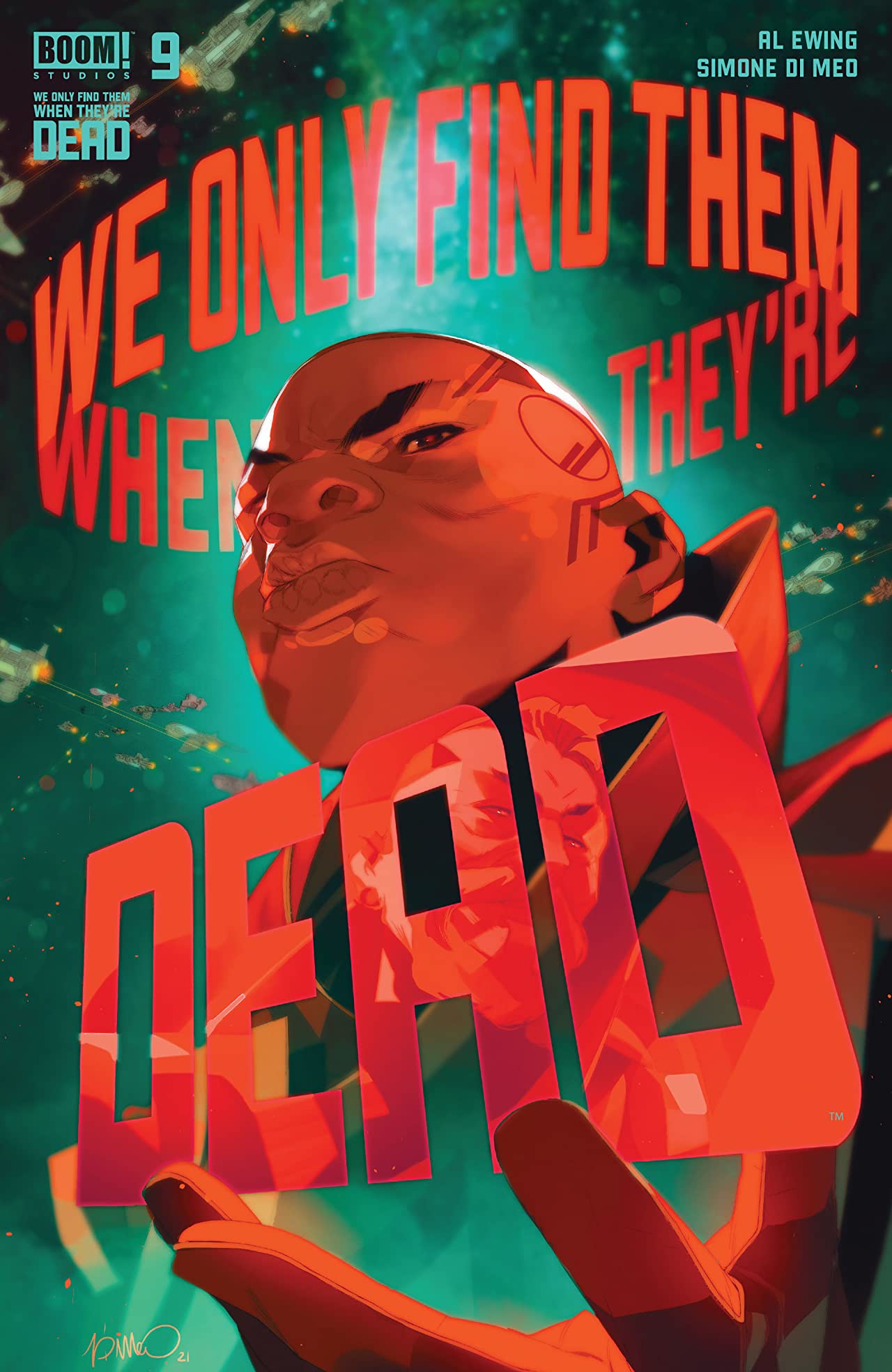 We Only Find Them When They’re Dead is one of the most ambitious sci-fi, deep space epics to date, and it’s the type of book where you keep the back issues on hand, a folder of notes, and a couple different fan wikis to keep everything straight. The second book of the series continues the time-honored tradition of showing past events from a different perspective and having those effects constantly cascade all the way to the present.

Issues 7 and 8 of the series expanded on the the central conflict between the Harvesters and the Worshipers factions, with issue 7 being a more direct bridge of the two arcs detailing the trials and tribulations of Jason Hauer of the Vihaan II, and issue 8 gave us even more insight into the Maryiln Chen’s gambit involve God Malik.

We Only Find Them When They’re Dead #9 wastes no time and continues with the multi-faceted narrative, starting the issue with Honorhim Bristow’s ascension to power and prominence. From the get, Al Ewing’s ominious narration reverbs in the mind and on the page, and Simone di Meo’s art floors the reader with stunning set pieces and bold line work.

As we shift from the past events in 2403 to the currents in 2414, Ewing keeps us engaged with a multi-threaded narrative that would make Babylon V and The Expanse proud. There’s no sugar-coating just how dense each page manages to be, as Ewing tries to be very efficiently and dense with the exposition when it does occur and di Meo makes sure to include a similar visual information density when there isn’t dialog.

At its core though, the conflict between the Harvesters and Worshipers continues to capture my attention. I’m constantly referring back to scrawled notes to keep everything straight. In many ways, this second arc has had a much grander scale of narrative conflict than the first given how many more characters are involved this time around, and it just takes longer to navigate this time around.

A month is a long time between issues in a series like We Only Find Them When They’re Dead. The interwoven, complex narrative is a strength of the series, but it also means it’s harder to appreciate it given the waiting interval. That said, Ewing and di Meo consistently produce one a visceral comic reading experience that makes it worth the effort to go back and revisit the back issue, even if all the interstellar scheming would be better parsed in one go.