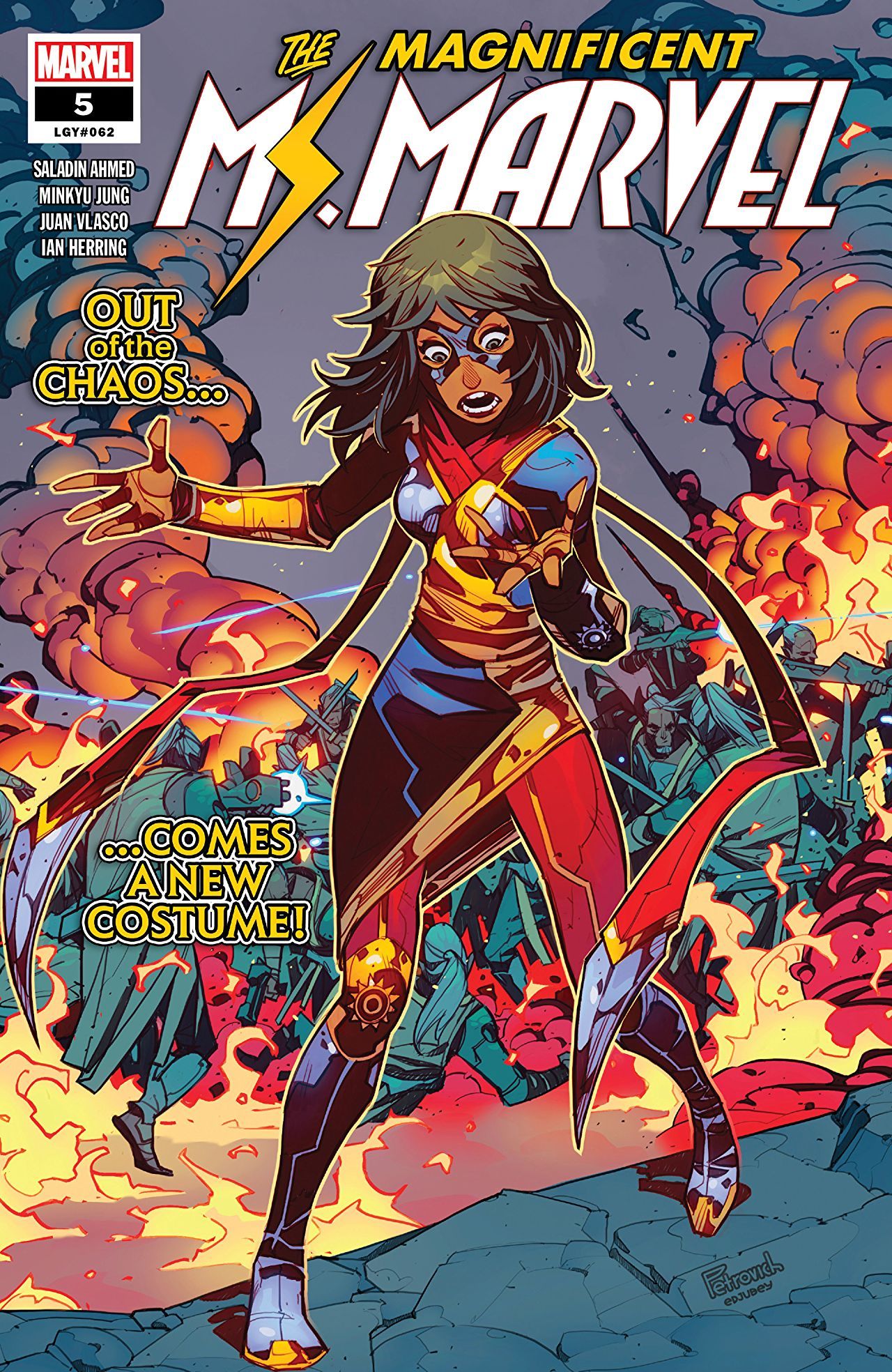 Bonus points to Eduard Petrovitch for a deliciously old school cover revealing the costume change on Magnificent Ms. Marvel #5. It’s a direct tribute to Secret Wars #8 (1984), where Spider-Man gets his Symbiote costume from strange technology on another planet. This week’s cover even mimics the original’s text, “Amid the chaos, there comes a costume”. A great opening to the conclusion of Ahmed and Jung’s first arc.

Throughout the issue, Kamala’s inner monologue focuses on death as the prophesied Beast Legion attacks the alien planet, Saffa. Saffa is already under the stress of conflict between factions of the planet, led by the King on one side and his son on the other. The Magnificent Ms. Marvel can hold her own against a few purple beast monsters, especially when they threaten Ammi and Abu. A whole legion spread around a planet is a different story. Cue the forbidden space weapon that will drive you mad if you get too close. Sounds like a Deus Ex Machina to me, but let’s get it! Kamala finds out about the weapon’s origin and how it relates to her own. She also gets her “Spider-Man black glob” moment before saving the day with a giant laser destroying the mothership. As the death-conquering hero returns home, she is confronted by two unexpected twists as death shows it’s never so easily avoided. 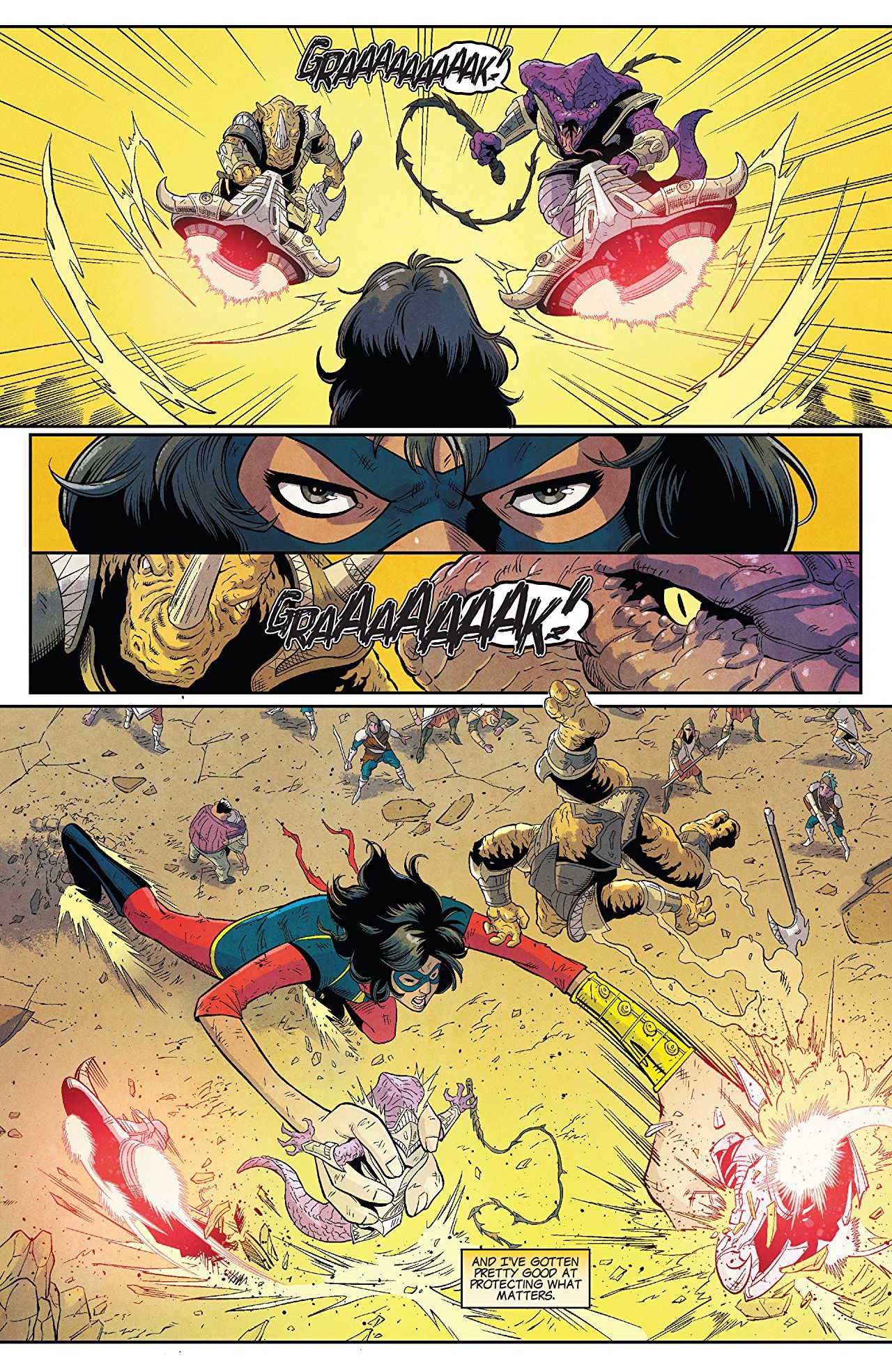 This comic did a fine job walking that line between talking about death realistically without being gratuitously macabre. There is a low hum of horror in Kamala when she kills one of the Beast Legion in order to save her parents. This is the most visually impressive scene in the comic. There is a close up of Ms. Marvel’s eyes that exudes intensity. Then in the aftermath, Jung captures that mixed bag of emotions she’s feeling. The conundrum of killing to save lives is shortly addressed when the sexy Cheb Hura points out the innocent lives that will be lost without violent intervention. There is a heart in the reactions of Abu and Ammi. They’ve spent the arc being understandably protective of their daughter but in this comic, they articulate seeing how impressive she is as a superhero. But that sexy young alien better gets his hand off their daughter’s shoulder if he doesn’t want to face their wrath. The only disappointing part of the book is the ending. They took another, more regrettable page from Spider-Man you might remember from “One More Day”. With the second twist ending the book, it feels like a cop-out of a more complex story. Ahmed has delivered so far so I won’t jump to too big of a conclusion yet. And next issue, Iron Man Team Up!!!

9 “Inappropriately Sexy Magic Healings” out of 10