type in your search and press enter
118 Shares

After the last trailer for Star Wars: The Last Jedi about six months ago, I promised myself I wasn’t going to watch any more trailers or previews until I saw the movie. This vow was about as effective as your average “new year, new me” pledge to hit the gym after New Year’s Eve. I stayed strong right up until the promise of a brand new trailer debuting during halftime on Monday Night Football, the only reason anyone would have for voluntarily watching the Vikings vs. the Bears.

But it was well worth that milquetoast ass game because that trailer was an all-out Rogue One level assault on the senses! There was entirely too much for my feeble Padawan mind to process in a few minutes. Everything from Kylo Ren’s ghost riding that custom black TIE Fighter to Finn taking on Captain Phasma was just overwhelming. New model Imperial walkers, a black lightsaber, Supreme Leader Snoke… only Star Wars could bring the fandom to heel with this much awesomeness on a Monday. And did anyone catch Rey’s power leaving Luke Skywalker SHOOK? 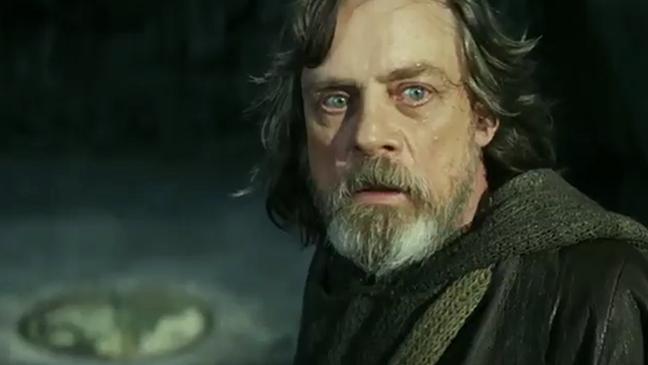