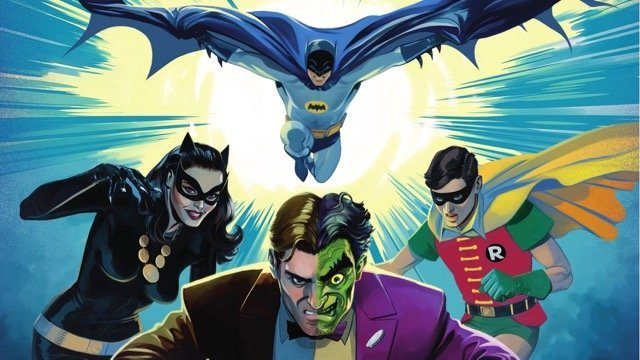 Inspired by the 1960s Batman TV series, Batman vs. Two-Face, like its prequel, also features the voice talents of the original dynamic duo, Adam West (in one of his last roles before his death this year) and Burt Ward, as well as Julie Newmar as Catwoman and William Shatner as Harvey Dent/Two-Face.

Batman vs. Two-Face opens with the two heroes and District Attorney Harvey Dent attending a demonstration of a machine built by Dr. Hugo Strange—an “Evil Extractor” that will rid Gotham’s criminals of their evil impulses. However, when Strange uses a handful of Gotham’s vilest villains as test subjects, the amount of evil they emit overloads the machine, causing an explosion that scars half of Dent’s face and infects him with the same evil they had aimed to eliminate. When Bruce Wayne pays for Dent’s cosmetic surgery, hoping to steer his friend away from his alternative life as Two-Face, all seems well until Batman and Robin discover links in recent cases that all seem to point to Two-Face’s return. 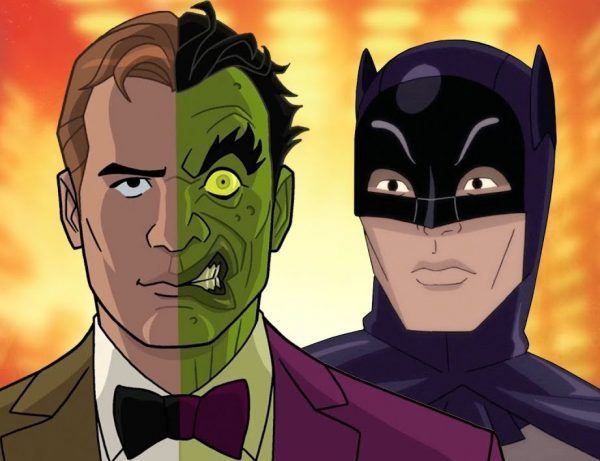 Like Batman: Return of the Caped Crusaders, Batman vs. Two-Face takes its cues from the campy humor of the 1960s TV series, with all the comic-book-fight sound effects (“fwok,” kerplow,” and “plutz” being some of my favorites), alliteration (“duplicitous DA,” as Robin scathingly calls Dent) and tongue-in-cheek jokes that come with it. Though most of its comedy is straight out of the ’60s, the movie is undoubtedly aware of its place in contemporary culture (e.g., when Batman has to cancel a date with Catwoman in order to save Dent, Alfred simply says, “Friends before females”). And the movie definitely has its cheeky moments, as when Robin, standing on a giant, oversized billiards table, exclaims, “Batman, look at the size of those balls!” Generally, Robin is the best part of the movie, particularly when he gives a less-than-wholesome smirk or judgmental side-eye to reveal what the Boy Wonder is really thinking beneath the mask.

Overall, however, Batman vs. Two-Face, while entertaining, pales in comparison to its predecessor. While Batman: Return of the Caped Crusaders committed to its camp, Batman vs. Two-Face pulls away at times to get a bit more serious with its plot. Unfortunately, the movie is surprisingly tone-deaf in its address of Dent’s implied mental illness. When Two-Face—and another villain with dissociative identity disorder, King Tut—are caught and sent to jail, Batman and the other characters discuss how, no matter their mental states, the convicted must pay for their crimes, the emphasis being on punitive action rather than treatment. Each time the movie makes reference to the relationship between mental illness and incarceration, it feels as though it’s attempting to make a joke or a statement, but ultimately it’s neither, and the issue just looms in the background, dampening the humor in a movie that can’t bear the weight of a reference to one of the problems with our society’s judicial system. 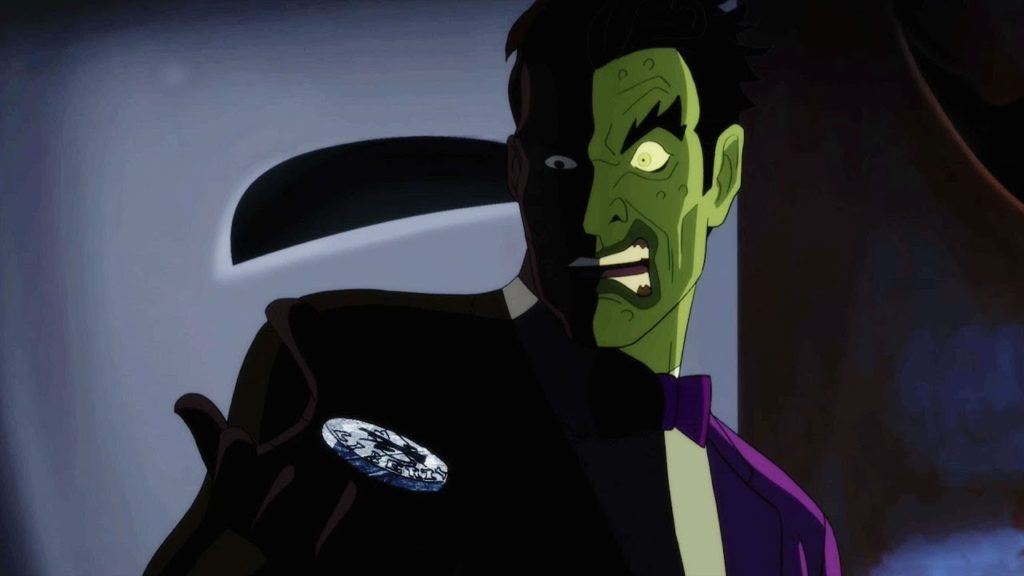 While Batman vs. Two-Face has its moments, in the end, it cannot live up to its more memorable and better-crafted predecessor.