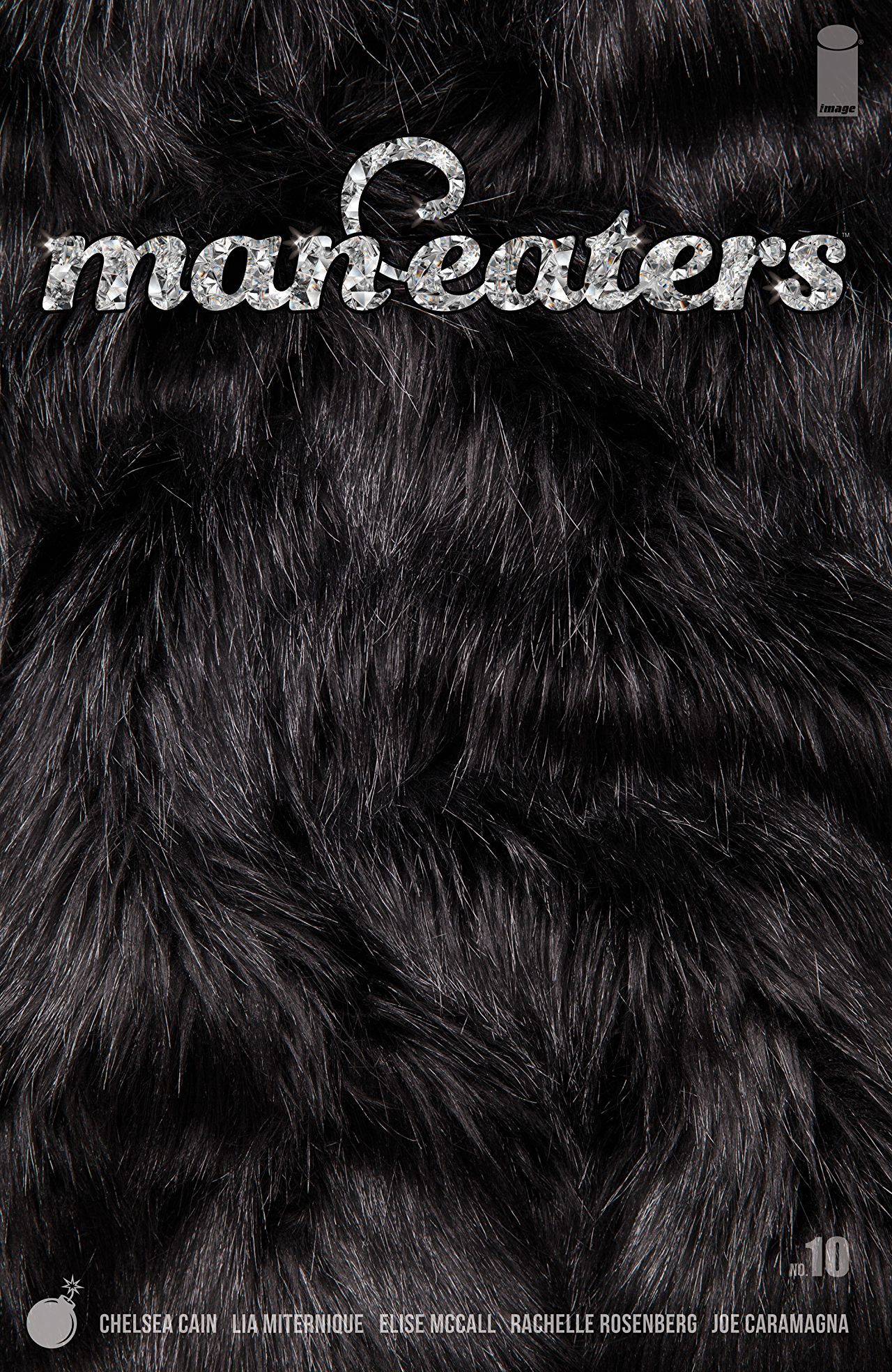 Pack Up And Destroy The Patriarchy

In this month’s issue of Man-Eaters, we follow the troupe through treachery and confinement. Readers get to see the journey of perception and violence through the eyes of victims. What I loved about Man-Eaters #10 is that we get to see the true conniving nature of our “prisoners.” Menstruation is used as a proud weapon to free them of their cells. But even to the “progressive” eye, bleeding is violence. The Cain-Miternique team merged a realm of topics related to: gender identity, political values and perception of bodily functions into a humorous comic fun for all ages! As readers breeze through the panels, they will either be hit with a cackle or finger snaps. 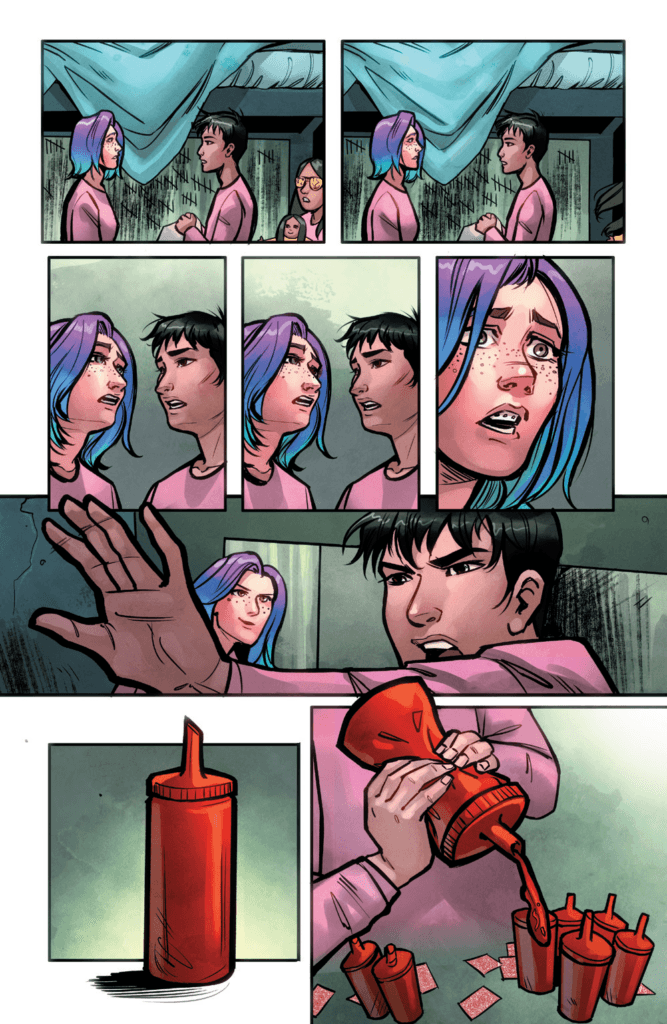 The growth of Maude from the first arc is a beautiful dynamic. We ran into her, scheming internally. She was not too confident in her plans, and she was fascinated by the scandal around her. Now, we see her at the forefront of the war against patriarchy. In Man-Eaters #10, she gathers friends and uses the environment around her to become a master manipulator. Between “stereotypical” forms of feminine activities versus the political ideologies behind violence, I was able to see Man-Eaters transform from diabolical feminist humor to hilarious feminist anarchy, and I am here for it.

What I hope to see in future installations of Man-Eaters is the incorporation of political values outside of the general realm. Even though the talks about violence against women’s bodies is important, it is equally important to talk about bodies outside of feminine whiteness. I enjoyed the inclusion of people outside of those who identify with she/her pronouns in the talks about menstruation and violence. I believe that the violence against People of Color and their experiences with these bodily functions will heighten the realism of this comic. It will add another layer of understanding if went about carefully and not stereotypically.