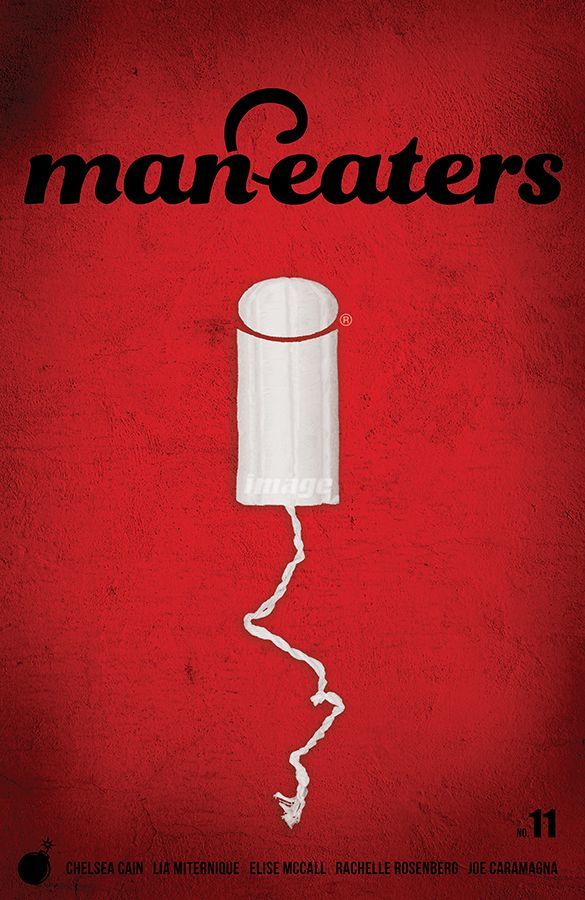 DOWN WITH THE SYSTEM

Private Eye Maude on the case here to connect all of the pieces together in the name of pads and puberty
In this issue of Man Eaters, our beloved protagonist has sealed the deal. All of the conspiracy boards lead to this moment. How do you crack the case of periods and propaganda? You destroy capitalistic giants as they spread their false ideologies and instill fear into the public! What I loved about this issue is the connector between capitalistic giants and its subsections. Man Eaters focuses on the point: What does corporate propaganda do in order to destroy our ideologies behind periods?

In previous issues, readers would often come across fake ads selling items laced with estrogen lowering chemicals. Sometimes it won’t even be laced at all, it wouldn’t be “tailored” to period having folks. The water would be tampered with, filled with hormones, it was just (unnecessarily) a lot. But what have these companies instilled within us to fear the reality of bleeding? This issue hits it home when readers think about how we perceive things by investing it into our minds. 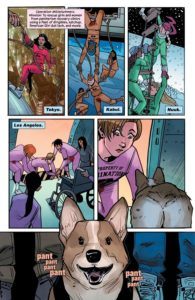 The Proper Investment Left Behind

What we’re exposed to can affect the psyche so much, our mind can create images or instill certain responses. This is essentially what happened throughout the first few arcs when we see even other folks with periods feel in tune with what oppressors do. In this issue, we view more ads and investigate their contents. What I wished this issue allowed was for the ads to build the story. At the beginning, it was a bit confusing to follow because I didn’t understand the importance of certain items, and how that serves the content, until late in the comic. The ads, in this case, felt separate from the comic in spite of being of high importance in this issue. If it was better incorporated and consistent in this issue, it would have done more for the plot.

In all, I enjoy the structure and appeal the Man Eaters series has allowed readers to experience. The series brought a kind of psychological intensity that feels both realistic and scary. I imagine that future issues would be able to bring forth new ways in which conversations about periods have become a political statement. Wishing Maude great feminist waves and “Panther” surprises.