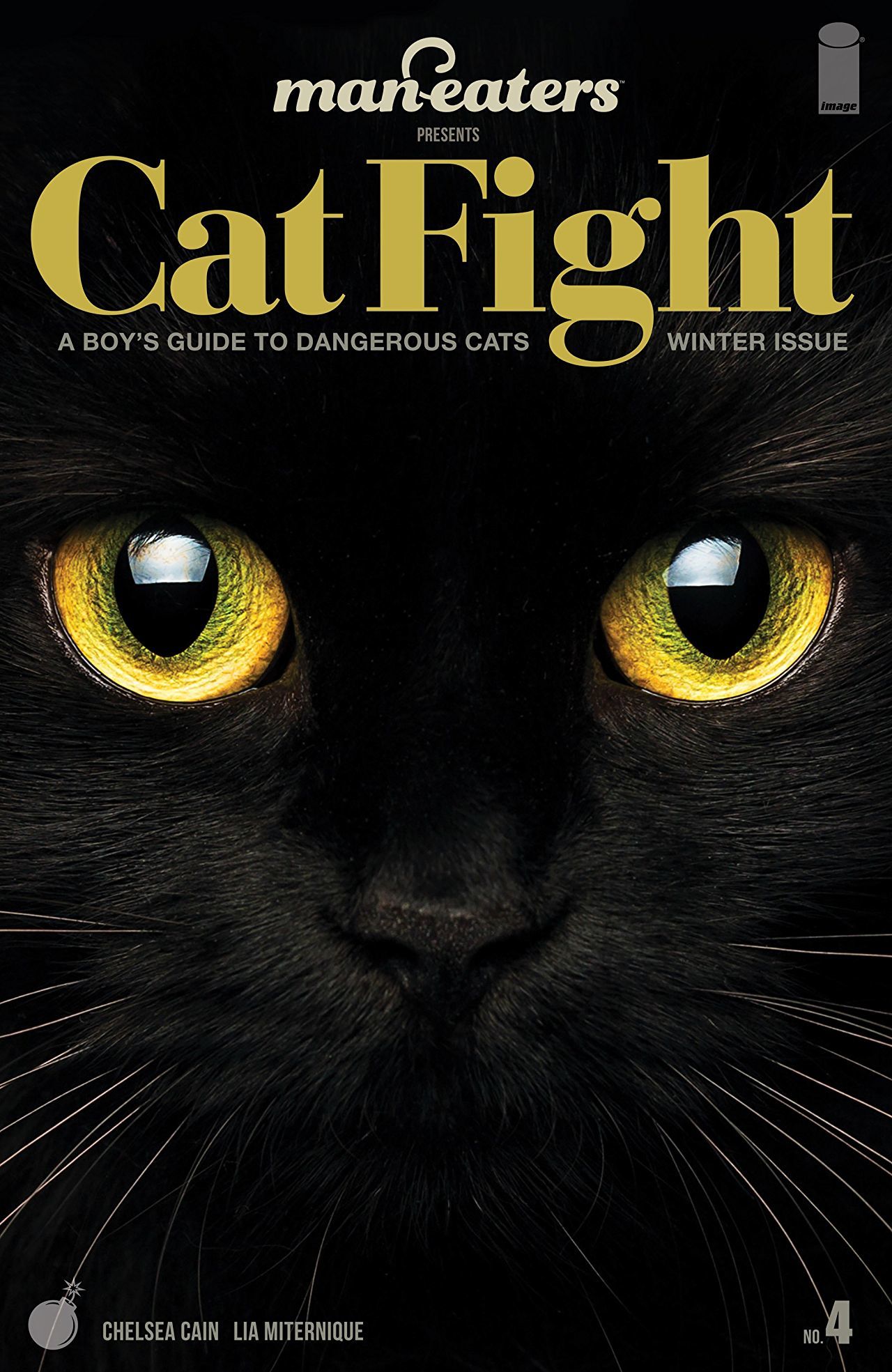 In this issue of Man-Eaters #4, we take a pause from the tense danger of Maude’s “transformation,” and take a side trip into the propaganda of a boy’s magazine. Now, if you don’t believe that boys’ (and girls’) magazines deserve the word “propaganda” then maybe this isn’t the review site for you. But starting with that, Cain and team produce a biting version of Boys’ Life and the like — Cat Fight. 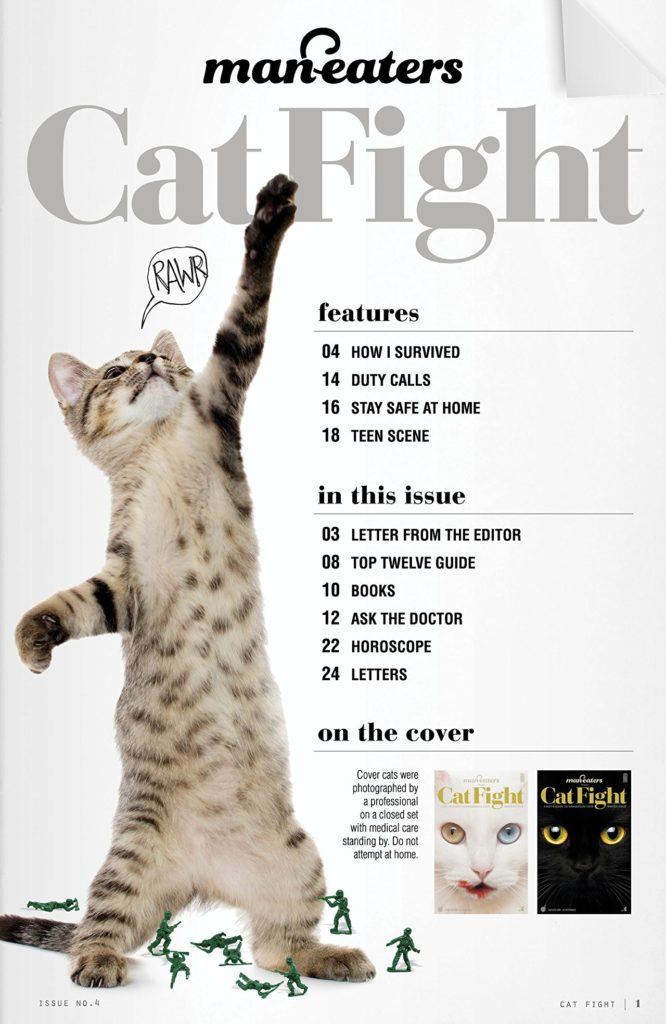 The table of contents tells you what you’re in for: articles giving thinly veiled “advice” that really boil down to “girls are dangerous. Fear them. Dominate them. Don’t be like them.” This theme is repeated in each of the articles, juxtaposed with the most adorable cat pictures imaginable to highlight this contradiction. Utterly inspired by DeConnick and De landro’s Bitch Planet and other older satire magazines, like Mad Magazine, this comic eviscerates the media that simultaneously loves to profit from women and girls while demonizing our basic functions as aberrant and dangerous. 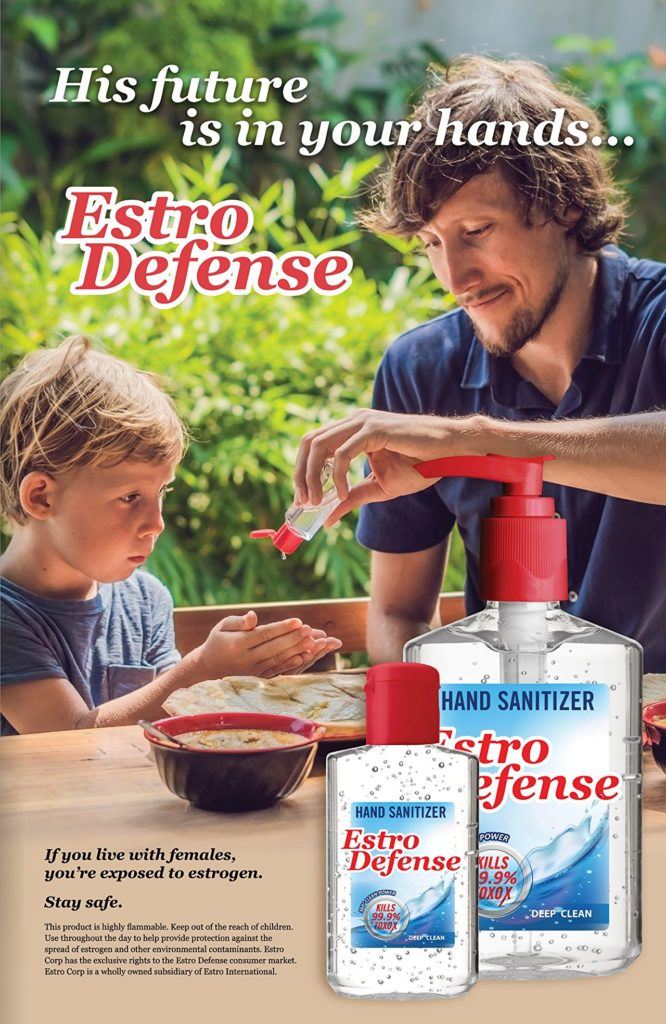 Spicing up the articles are ads, all placed by “Estro Corp,” selling all manner of boys-only, estrogen-free products, hammering home the idea that the worst thing a boy can become is too much like a girl. I’m imagining that Estro Corp will start to feature more prominently in the main comic.

This was a good time for the plot to pause, leaving us all on a cliff-hanger. It gives a full view of the environment in which Maude and her girlfriends are trying to operate. If you’re just following for the plot, this is an issue you can let sit till next month and read it along with #5, out January 30.

Satire is a challenging tone to maintain issue after issue. But with these kinds of one-off parody “magazines” and products, Cain and her team are sure to keep this fresh and chillingly funny.

8 Estro-products out of 10
Reading Man-Eaters? Find BNP’s other reviews of the series here.