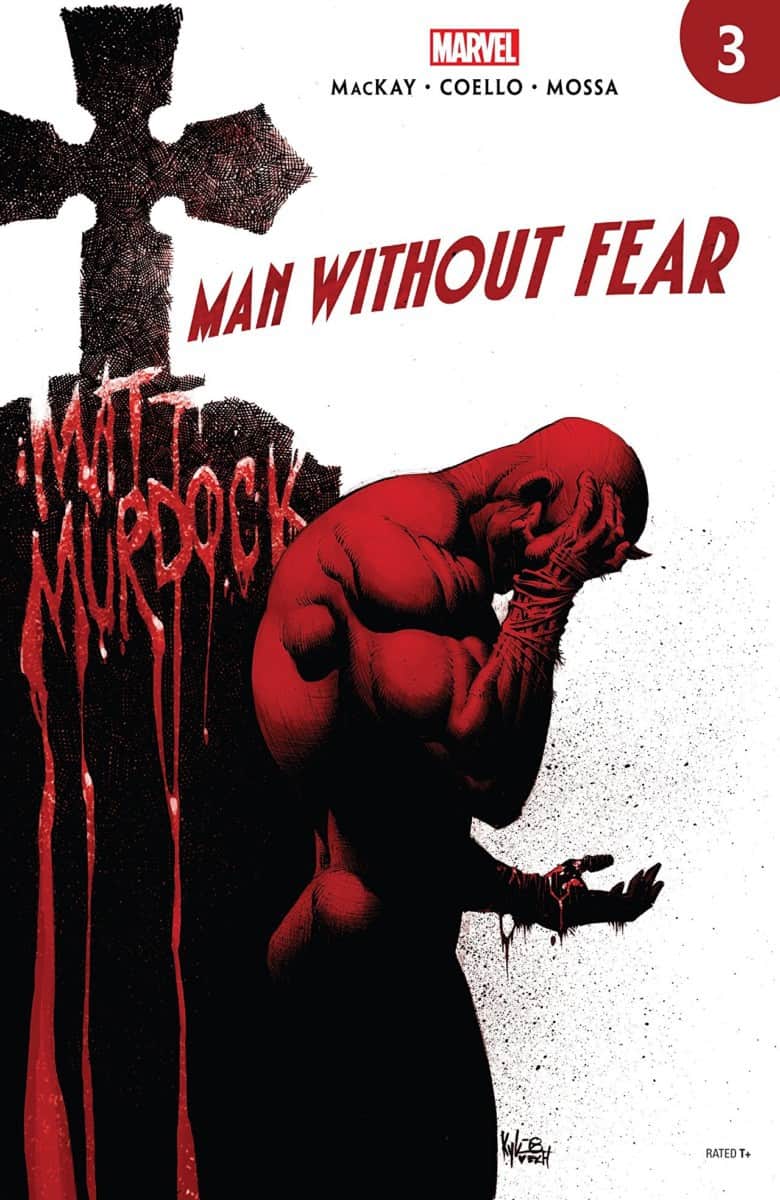 The Man Without Fear starts physical therapy and it’s beautiful. The Man Without Fear #3 is the latest tale in the life of a broken Daredevil. MacKay and Coello tell a side-by-side story of Matt Murdock’s struggle to walk and his decision to quit superheroing with a flashback to a quintessentially Daredevil adventure. The connecting thread between the two? The Defenders. 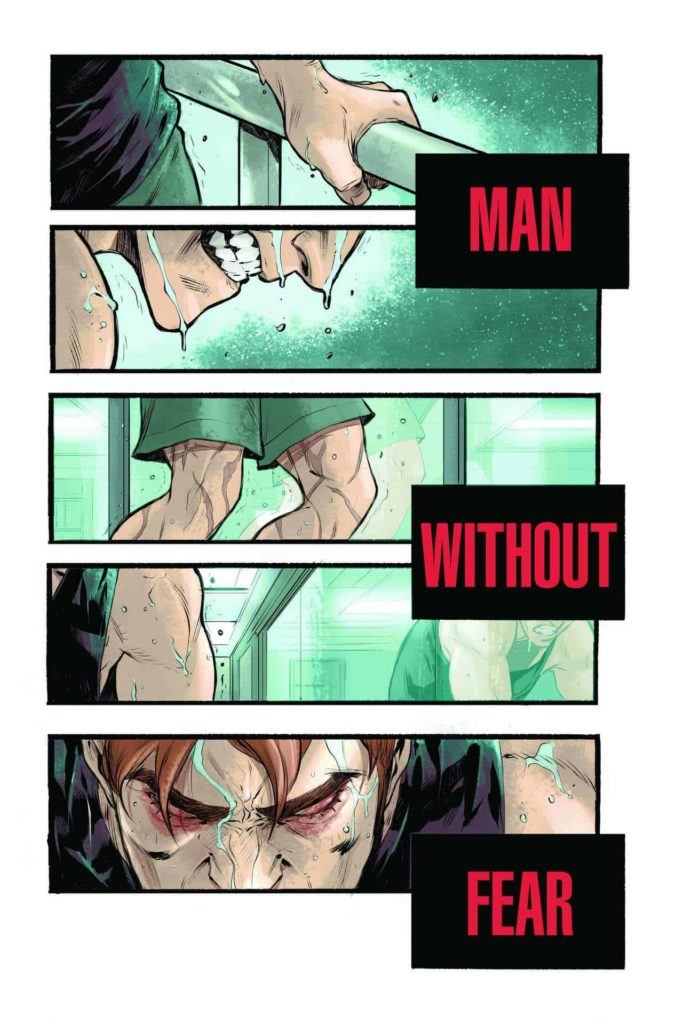 We’re taken back and forth between various days of present Daredevil’s struggle to regain mobility with the assistance of Luke Cage, Jessica Jones, and Iron Fist. Each character gets to individually engage with Murdock while referring back (sometimes deliberately and others passively) to a past Defenders mission to save Ben Urich from the latest Foolkiller. The comic ends with the most inquisitive of the team, Jessica, uncovering the source of our hero’s strife. Daredevil is violently unable to accept this truth and gives into his anger, lashing out at Jones.

This comic rocked all sorts of awesome. MacKay shows an intimate understanding of the character and relays a deep investigation of him through conversations with the rest of the Defenders. The book does well to avoid the trap of repetition. The conversations don’t read like repeats, even though there is a shared sentiment of confusion, shame, and resentment in each one. Equally impressive are the shifts between the present hospital dialogue and the flashbacks. Whether a character directly references the event or whether it’s a piece of dialogue echoed from it, the transitions are smooth and seamless. Lastly, the crescendos at the end of both scenes radiated with a power that rounded out an amazing comic. 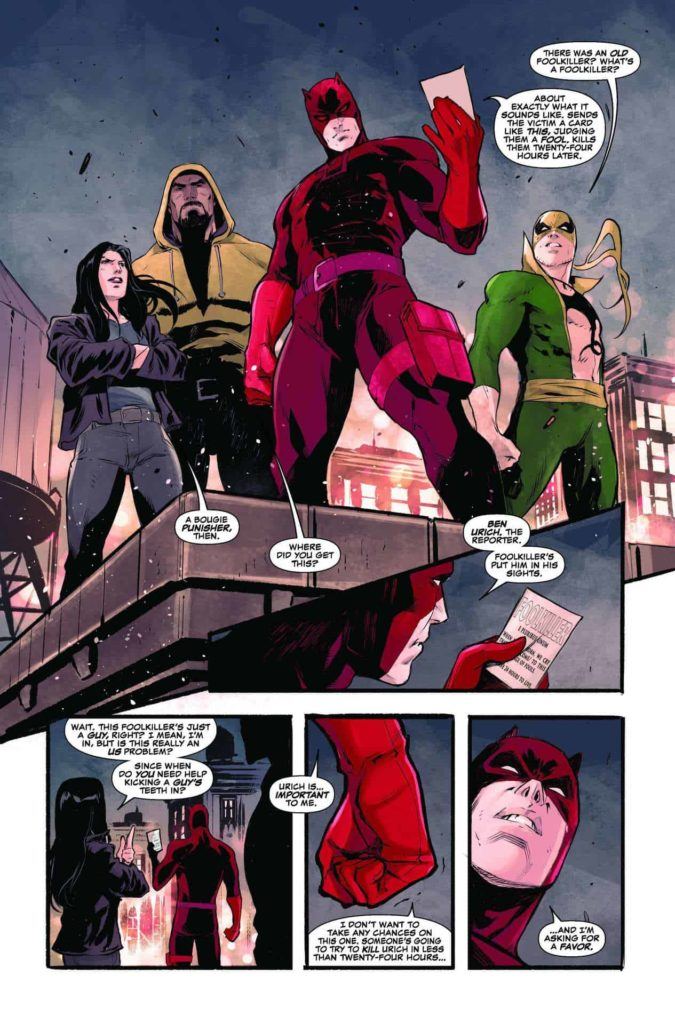 The expert storytelling was aided and amplified by the art of Coello. There have been quite a few different artists in this mini series and so far Coello has dominated the list. The style and clean detail were perfect for a Daredevil and the Defenders story. Most impressive was the intensity of emotion he was able to convey throughout the book, especially towards the end. If he could take the head of drawing these characters in the future I’d be ecstatic.

10 “New, Old and Traumatized Foolkillers” out of 10