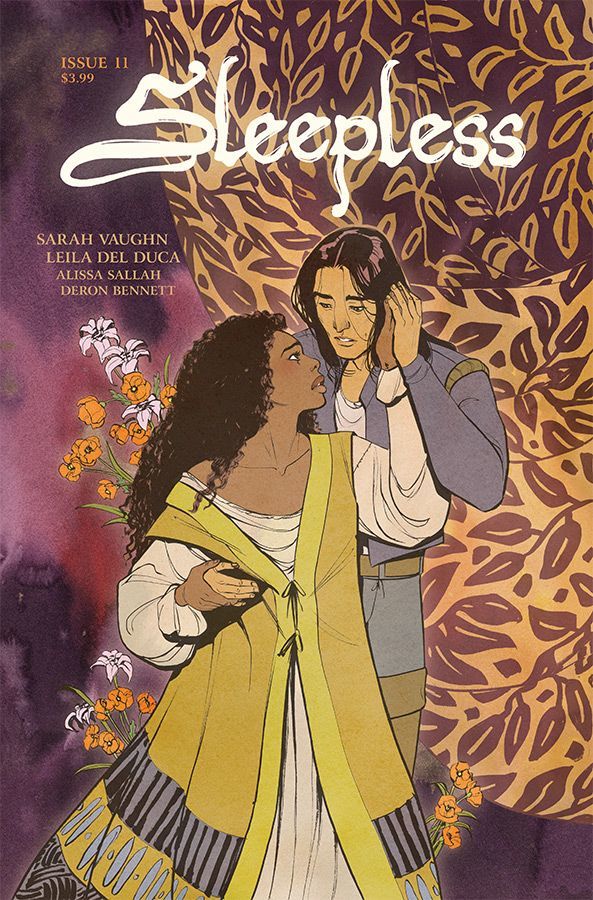 I am so sad to finally see this issue as it brings the finale of fave series Sleepless. This is where the fates of Poppy and Cyrenic are finally decided. It has been an exciting ride, with all the pieces finally falling into place to reveal Poppy’s enemy. We learn the the mastermind is: Oranto!? Not the one who smiled and counseled both princess and sleepless knight as one of their few allies in court?! 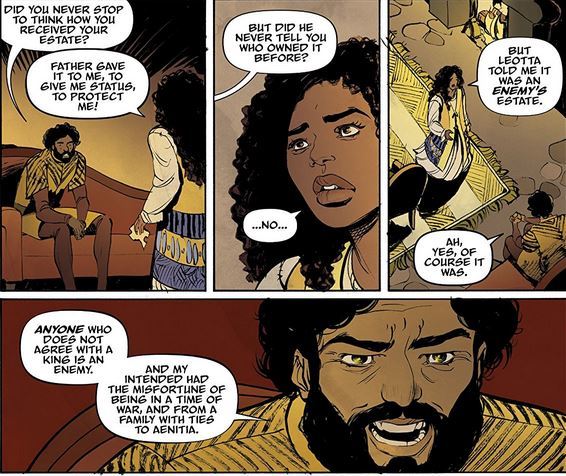 One of the major themes of this comic is that the Sleepless are ever ready. The implicit meaning is about anyone who strives to always be vigilant, perhaps on the edge of constant anxiety. That kind of hyper-vigilance can lead to weakness that spells your doom. This is what our Princess Poppy and the knight of hers, have always been attempting to be, and failing at. Now in the final issue we see that fleshed out in another way in revealed baddie Oranto, who has waited and waited for his chance to strike, staying vigilant and on his toes year after year.

There’s plenty of action this last issue. There’s blood shed along with the artwork we’ve come to love from the team of Del Duca and Sallah, complete with closeups and the variety of facials expressions and dramatic coloring. What I’ll never forget is the fine attention to detail — everything from Poppy’s hair to the extravagant prints of the fabrics to the colors setting the mood to the the paneling telling parts of the story without words. Some images will stay with me, like the crazed Helder who thinks he’s going mad in a flashback. Of course the two lovers expressions as they comically yawn in each other’s faces after the danger is gone is one for the books! 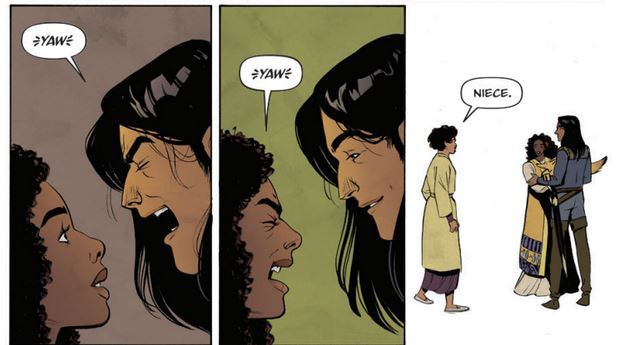 I do, love, love, love how this book ends on a high note. The lettered scripts on pieces of paper in the last pages (something that I will surely miss from Deron Bennett’s excellent lettering skills). Nearly all of the letters we’ve seen presented have been sad or disappointing news. Here, Poppy is at her estate with Cyrenic and Bini at her side, fee of court and the ones that plagued her. She acknowledges that she is a changed woman. Our Princess expresses some doubt at her choices to stay yet she also understands time more clearly and that people are only in our lives for so long.

There’s some loose ends that I would have liked to see tied up for closure: like the pile of bones in the secret catacombs underneath the castle and the painted mural. I thought that would tie more into the overall plot somehow.

Otranto’s explanation behind his deeds, losing the love of his life and her lands being gifted to young Poppy, falls flat. This palace adviser who has doted on everyone’s favorite Princess and Sleepless Knight has been at it behind the scenes for years, angry at not being able to spend his life with the woman he loved. Yet we never find out about the details of her crime or if the King was being truly just and fair. It makes for a twist I didn’t see yet leaves me feeling a little hollow, wanting more issues to flesh out the narrative.

While this gorgeous series full of much mystery and intrigue with memorable characters has has finally come to an end on a mostly satisfying note, I still feel like there is so much story to possibly tell! I would not be surprised and would certainly welcome a one-shot comic or even a volume of stories set before and after the timeline of events of the series. Overall, Sleepless was worth the journey and it will be sorely missed. I’ll be waiting for Volume Two to be released to add it to my collection as I dream about what new adventures our sweet summer children are getting into now that they aren’t actively avoiding assassination plots.