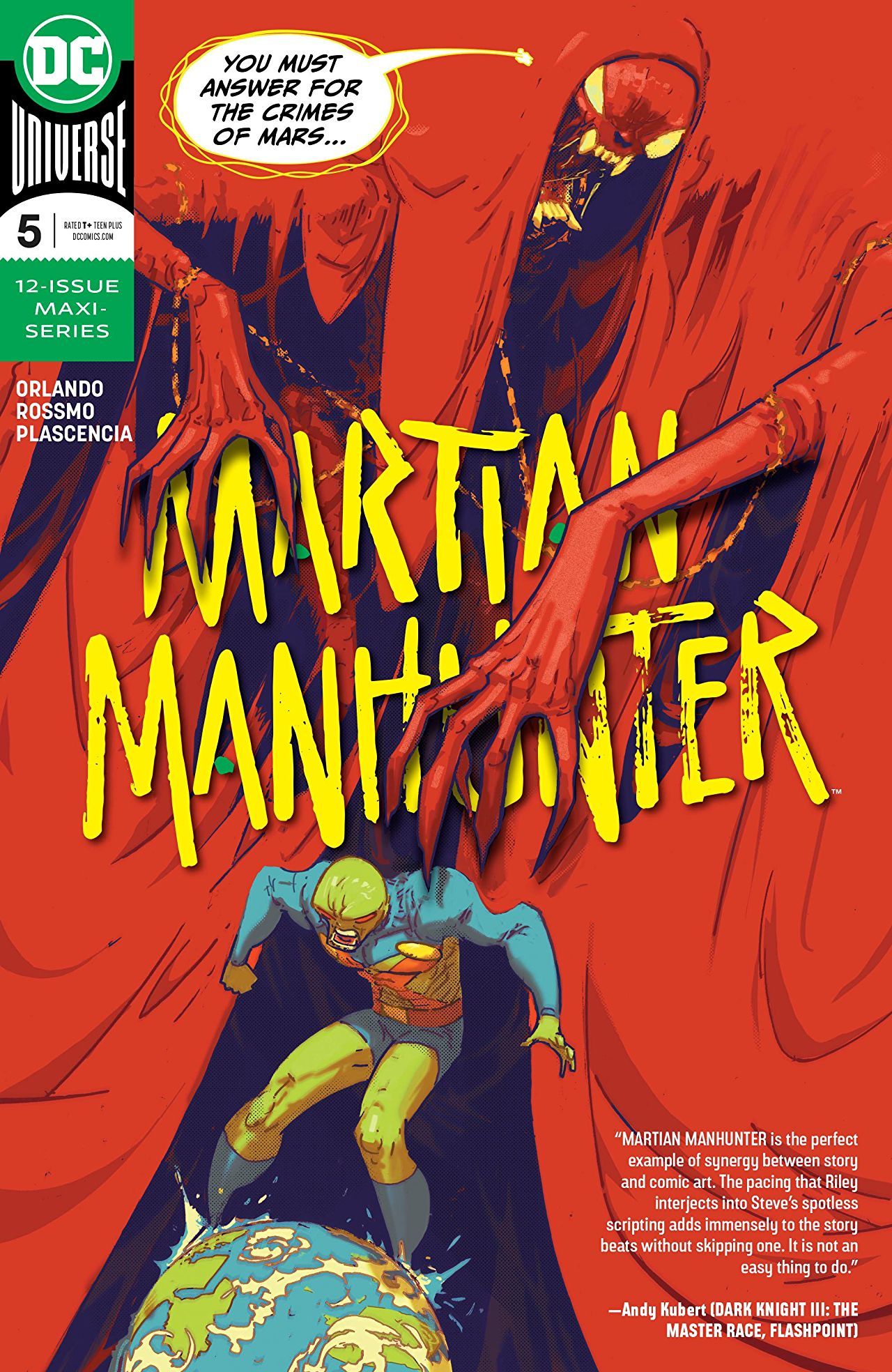 Martian Manhunter returns where the last issue left off — a confrontation between J’onn and an angry Martian from his past hellbent on revenge.

To echo Andy Kubert’s quote on the front of this issue: This is a story about balance. From the narrative craft, the art on the page, and the relationships between the characters, this book is about juggling more than one point of view.

The strongest instance of this is the way that the book is structured. We spend equal amounts of time in the present and the past. We see life on Earth and on Mars. It’s been really intriguing to see J’onn’s story unfold in a way that shows us more than it tells, but his life on Mars and his past have always been separate from his life on Earth and his present. What I find really interesting is that when those two things intersect, J’onn’s life is thrown astray. This is mirrored by J’onn’s relationship with his partner Meade. When they’re working together, everything is great, but now that J’onn’s lost Meade’s trust (you know, when she found out he was an alien), they’re separated and things couldn’t be much worse for J’onn individually, and the case they’re working on. 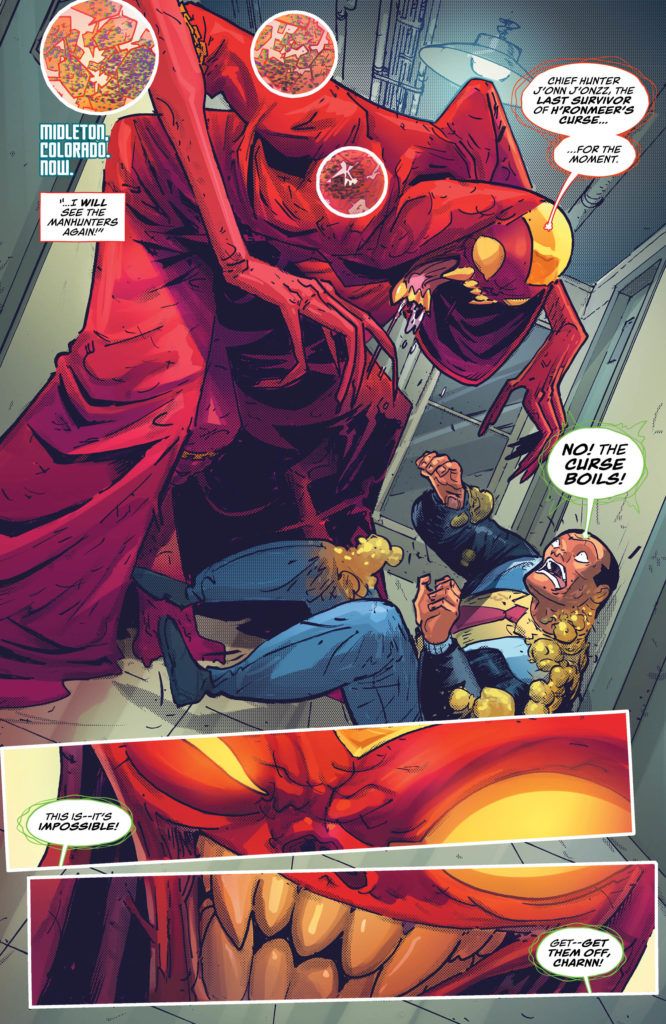 All of that is simply because the balance has been disrupted. J’onn was living a lie, but he was living. He had a second chance at life, and he was taking advantage of that every chance that he could get. You could argue that this wasn’t sustainable, but for the time being, it was enough for him. Now, thanks to an old adversary from Mars long thought dead, J’onn’s life has been flipped upside down. The once delicate balance has been seemingly irreparably destroyed. His past clashing with his present, his lies bubbled to the surface, and his sheltered life exposed.

Despite this being a book about a telepathic green Martian, there’s something so human about seeing someone’s past come back to haunt them. In J’onn’s sense, it’s equally physically and spiritually haunting him (there’s that balance again), but what he’s going through is something we all go through. And the kernel of the lesson is that you shouldn’t run away from your past because when you run away, you’ve never truly confronted the things about it that hurt or upset you. So when they come back, they hit even harder.

This is a fantastic series with the perfect amounts of talent working together to bring us, and the character, a truly outstanding study on what it means to be human.

Martian Manhunter #5 disrupts J’onn’s flow as an adversary from his past shows up on present-day Earth. Orlando and Rossmo continue to sprinkle in important moments from J’onn’s life on Mars, but it looks like this issue is setting up for a major deep dive into the past that should inform the motivations of the characters for the second half of the series.

9 Telepathic Burns out of 10