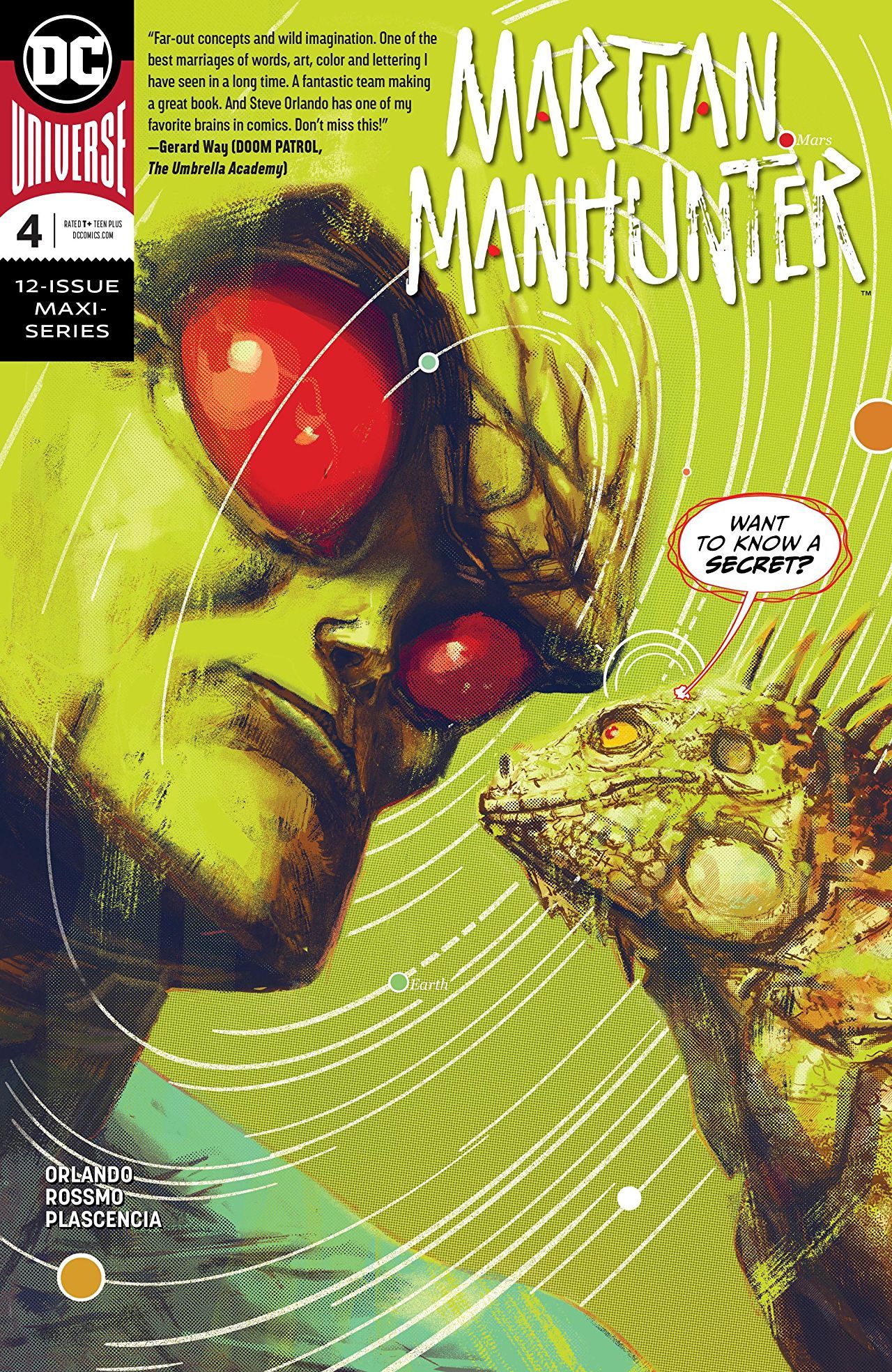 Martian Manhunter #4 renewed my already overflowing love for this book. Among all of the adjectives there that would accurately describe this series, the one that rises to the top of the foam is Bold. This book knows what it is, and it isn’t afraid to show us every aspect of itself.

One of the strongest instances of this is the Martian spelling and pronunciation of words and sounds. As you know, so much of this book takes place on Mars in J’onn’s flashbacks. And while a great deal is translated into English for us to understand, I’d say a good 20% isn’t. That may not seem like a lot, but as you read and you stumble over foreign words as often as I do, you’ll start to see just how alien the language is. At times, this book isn’t easy to read. It isn’t easy to understand, but that’s one of its greatest strengths. We shouldn’t understand the intricacies of Martian society in relation to our own. It should feel different, and it should feel unique. What this book does so well is that it trusts its audience to be willing and able to welcome something of foreign tradition into their own space. Just like in real life, learning other cultures that are very different from our own can be jarring at times, but that doesn’t mean that we shouldn’t want to learn, that we shouldn’t be open. We just have to accept what lay in front of us as authentic to someone else. That’s all that matters.

The deep Martian culture conveyed by Orlando & Rossmo is especially interesting to see while at the same time we’re witnessing J’onn struggle with his own openness in relation to his colleagues on Earth. He’s understandably insecure about who he is. And I don’t think any of us would expect him to go full green at this point in his life, but it’s an interesting contrast when you look at it in relation to the choices that Orlando makes with the flashbacks on Mars. 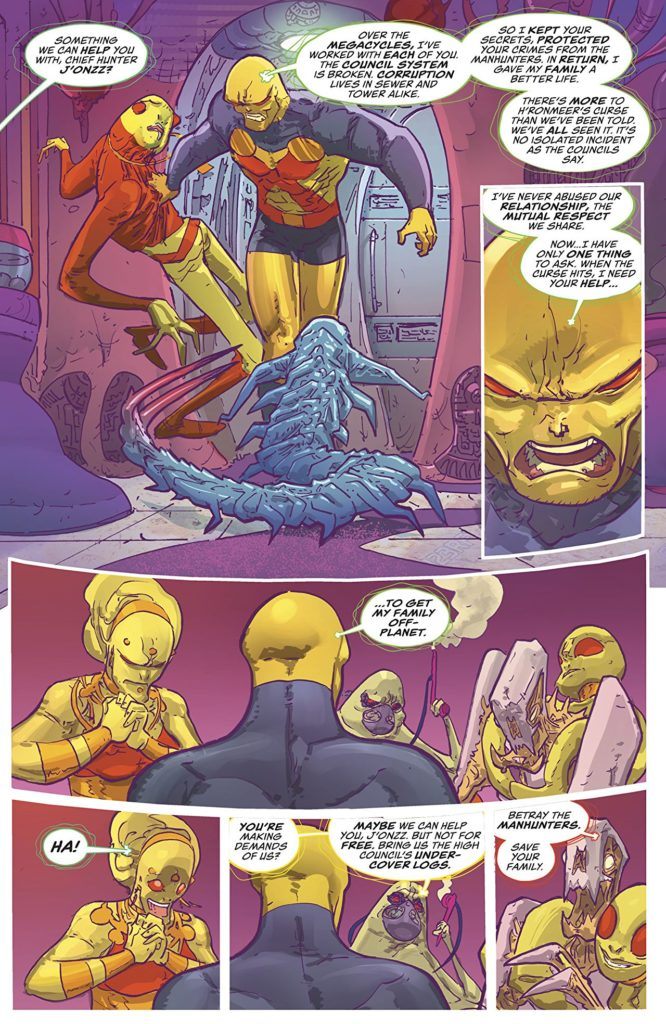 J’onn is beginning to open up a bit though, if only to himself (and us). In issue two, his partner Meade found out about his secret life as a Martian, and he’s been dealing with the mental repercussions ever since. This issue we get to see him use some of his Martian abilities to his advantage as a detective. Move aside, Batman. He goes inside the mind of a lizard named Spaceman, the only life spared in the home invasion massacre that he’s investigating as John Jones. Things get trippy when he mind-melds with Spaceman, and Rossmo’s art gets to shine in ways we haven’t seen so far in the series. This was definitely an issue that started to blend J’onn’s two selves in a way that boosts his own confidence and progresses the story forward.

As we reach the end of the first third of the series, Orlando and Rossmo double down on the choices that make Martian Manhunter one of the boldest books on the shelves. It’s intimidating but always rewarding.

9 Lizards named Spaceman out of 10