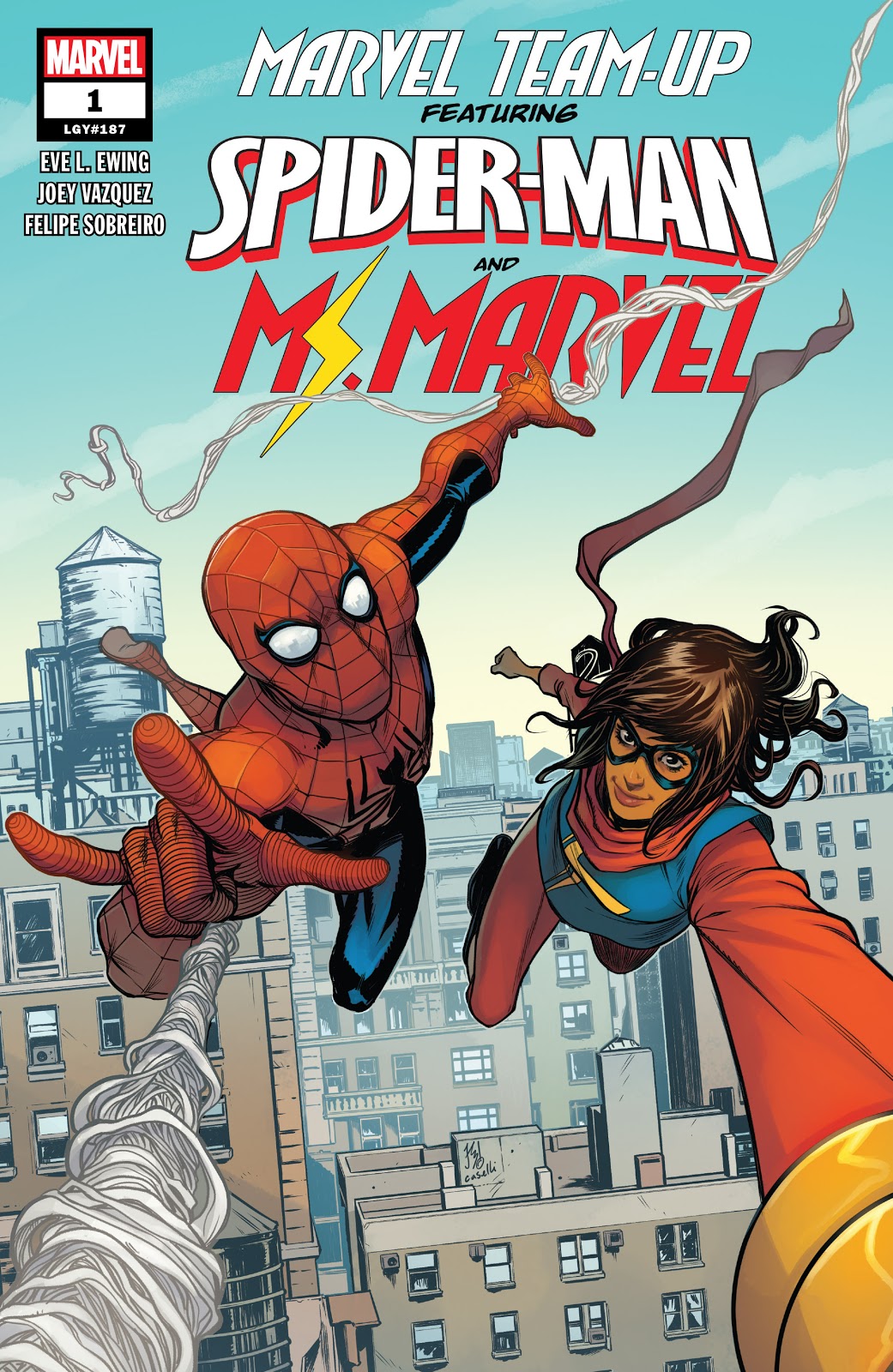 Eve Ewing has showed is that she has more than what it takes to be a great comic book writer, with the phenomenal job she’s done on Ironheart. This time around she’s been blessed with bringing us a mind-bending story featuring another bright young woman of color, Ms. Marvel. But this time around? She also gets to try her hand at one of the most iconic characters in pop culture history, Spider-Man! 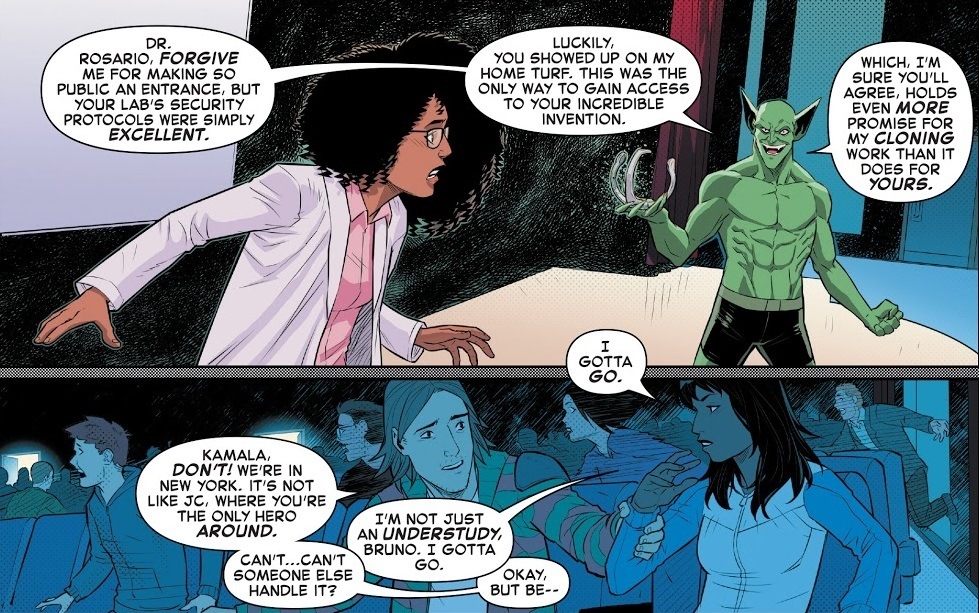 A science heavy storyline can be a bit risky, but it pays off when you have the scientific wits of a Peter Parker to balance things out. On top of that, basing your story on the invention of a brown-skinned woman trying to make change in the world and do everything right, fits so perfectly. It also lends itself to the mantra of both Peter and Kamala. They’re pretty ordinary teens when they both get transformed into these superhuman beings, but they hold onto that self-righteous, do-gooder attitude well into their world-saving careers. The duality of this team up gem is something special, and I hope to see Peter and Kamala together on the track for a long time.

I enjoy watching heroes that we love so much wind up in the same place at the same time and Ewing sets it up wonderfully. The way she allows them to start their day off nearly identical, yet wholeheartedly unique is awesome. Both of their struggles with punctuality are all too familiar. 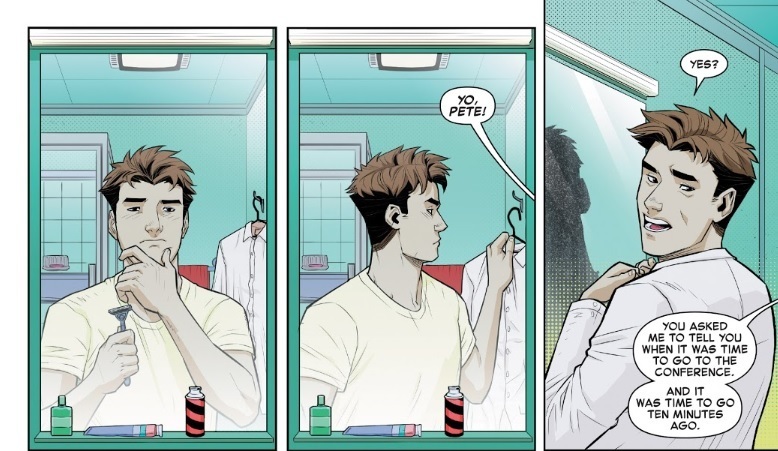 Parker and his roommate debate the merits of the growing jacket-and-no-tie trend before the web-slinger spills coffee all over himself, while Kamala’s mother scolds her for a sink full of dishes and garbage that was never taken out. From the high school run to the bus where your best friend is the only reason you didn’t get left behind, to the anxiety that builds up while rehearsing a speech, these stories feel like home and that’s all you want in a comic book story. 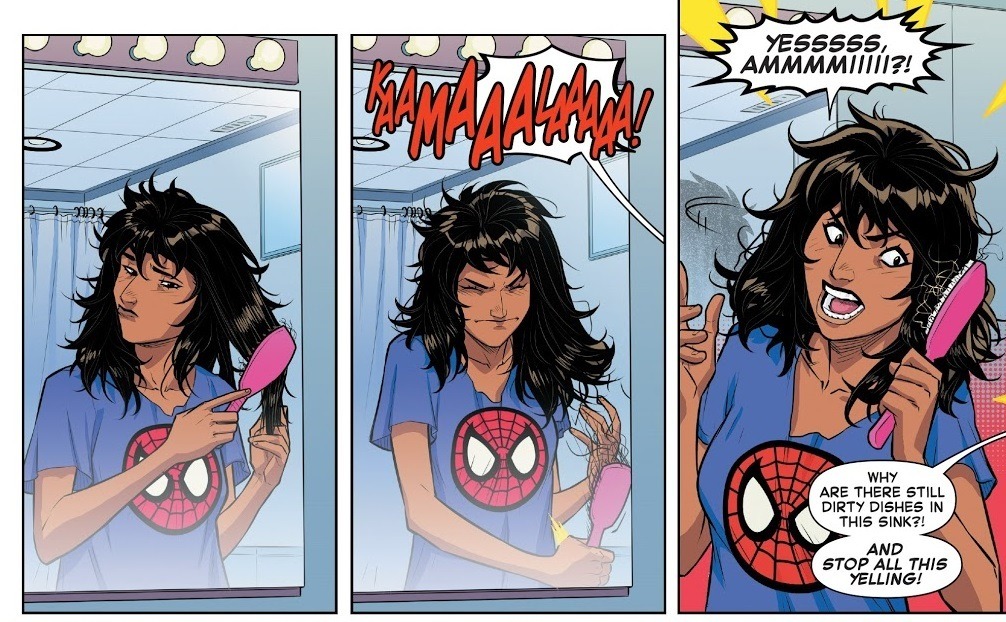 She may be green, but I cannot get enough of Eve Ewing with the comic pen. Joey Vazquez is delightful on the panels. The fight scenes are vibrant and filled with cheeky little jokes and quips. The Spider-Man shirt that Kamala wakes up in gave me LIFE! If Tom King and Mitch Gerads’ run on Mister Miracle taught me anything, it’s that superheroes rocking other heroes logos is a God Tier move when pulled off right. Everything about Marvel Team Up: Spiderman and Ms. Marvel exudes lighthearted, wacky fun, and I’m excited to see Ewing and Vazquez take the training wheels off as this body swapping book continues. For more insight into the relaunch of the infamous Marvel Team Up, check out Ewing’s interview with Marvel here, but all you really need to know is Team Up bacckkkkk!!