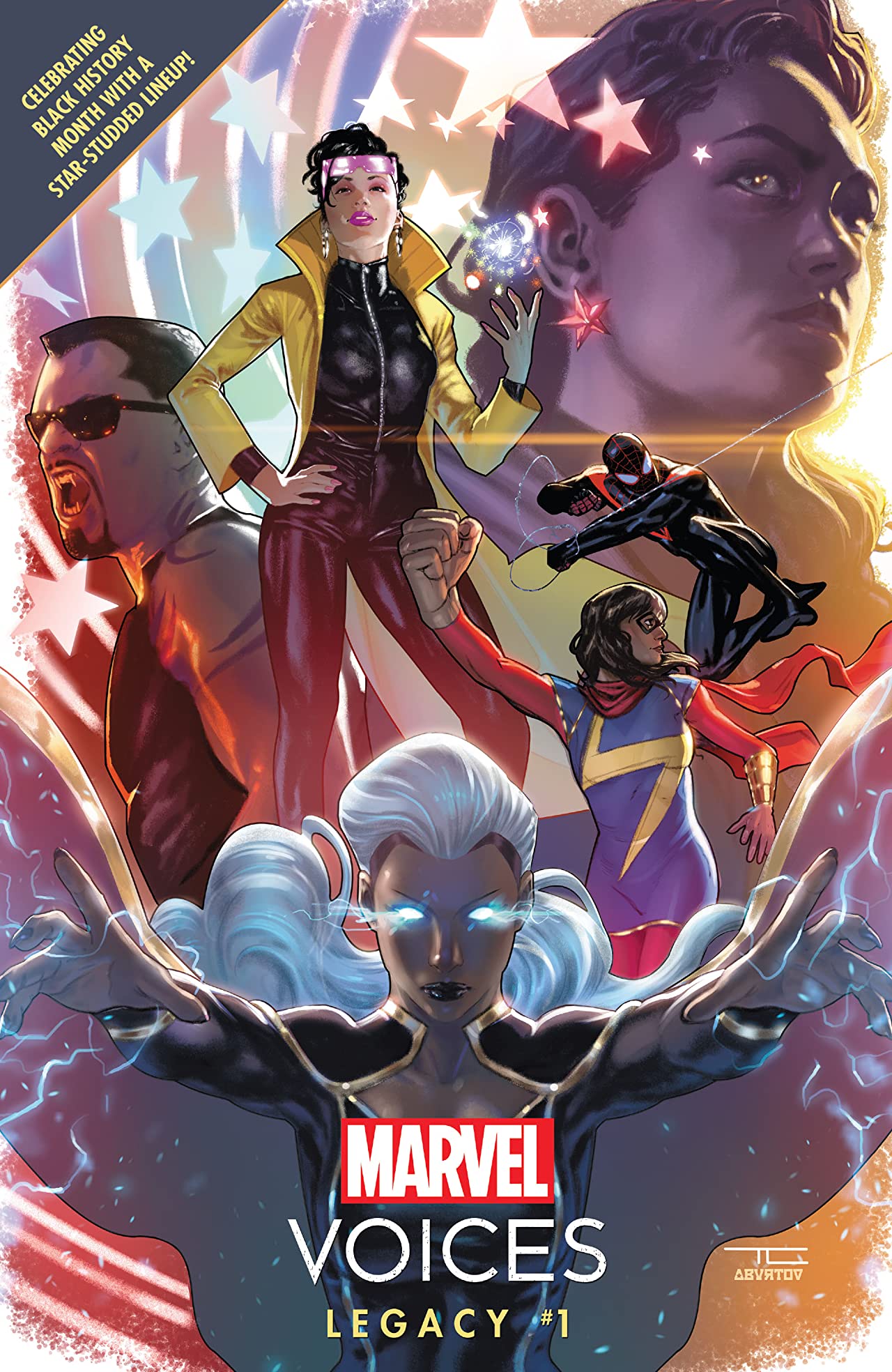 Sometimes the core of an anthology is the variety of its stories. There is a lot of heart and fun to be had with the ones found in Marvel Voices Legacy #1. “Words Do Matter” from John Ridley hits us with a Miles Morales piece that speaks to the power of labels. Stephanie Williams adds the relatable fun and humor from her Living Heroes fan comic to “Panic at the Supermarket.” Then there is “Nighttime Bodega Run” which gives us some of the classic Marvel action that we crave.

All of the stories found in this issue are enjoyable and hit a wide range of genres. Most of these stories feel like they were written for black readers, which is a plus of having a team of mostly black writers. The tales are relatable, whether it’s the stories about just hanging out with friends, the fights we deal with as a community, or just waiting nervously for your mama to get back while you hold her spot on the grocery line. Combined with the various artists that make up the book, there is something for everyone.

I feel like this second attempt succeeds with most of its stories. These snapshots aren’t the grand stories that we often find in the pages of an ongoing series but smaller moments that speak to the core of the characters. To an extent, the stories feel less self-indulgent than the previous Marvel Voices comic. The creators focus more on the moments they are trying to convey and the character. With that in mind, .you’ll find some great reads.