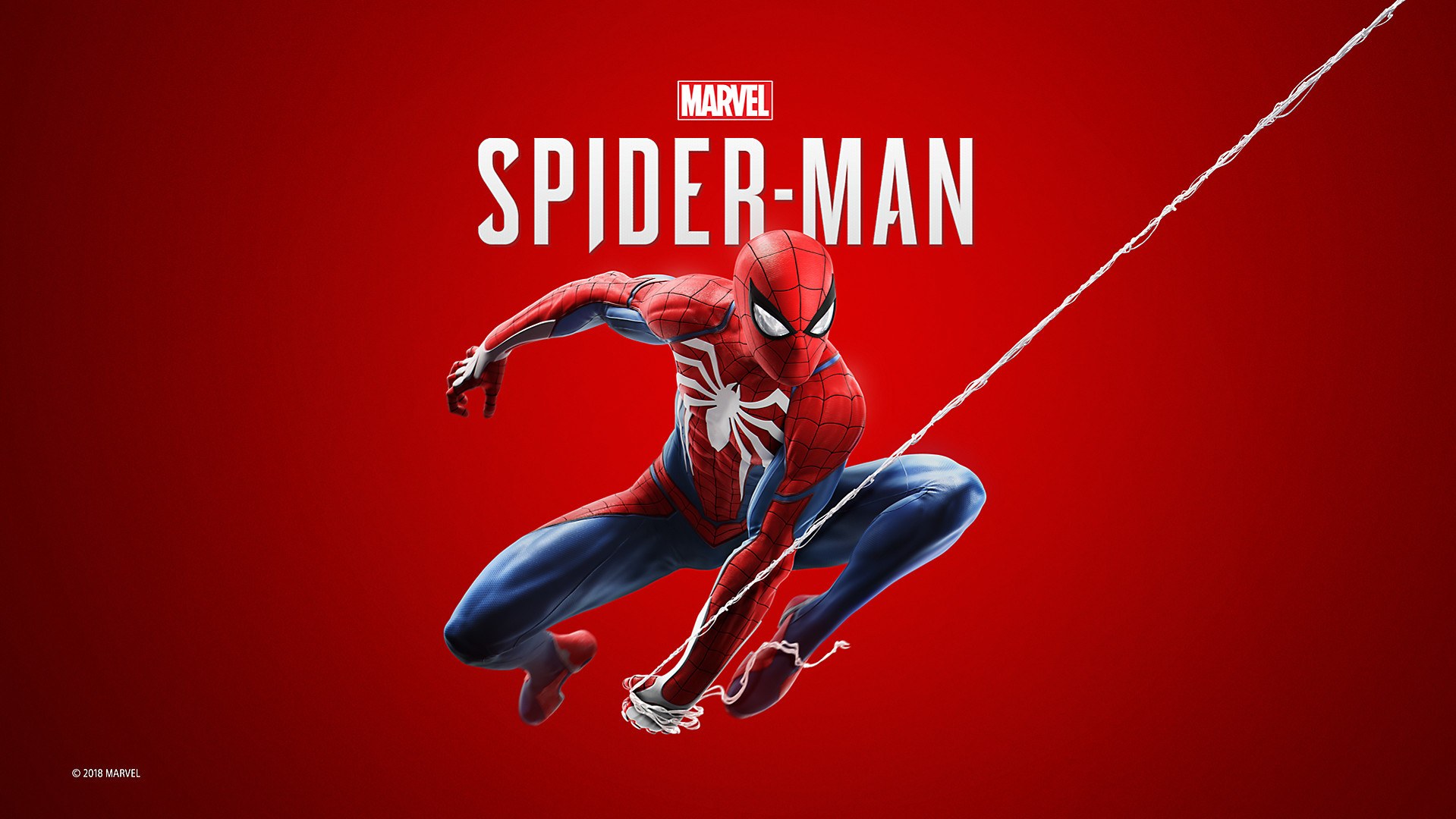 As one of the most popular comic book heroes of all time, many Spider-Man games have come and gone. Yes, some of these games can be easily described as simple cash grabs at the web head’s popularity. However, with a character as important as Spider-Man, many developers have strived to get him just right, leading to an amazing legacy of titles.

Namely, titles like Spider-Man 2, Ultimate Spider-Man, and Shattered Dimensions have left gamers with certain expectations of what a Spider-Man should be. We want to feel like we are Spider-Man, believe we can swing through these streets, climb on walls, and take on the responsibility of protecting New York City…or at least the Greater Metropolitan Area of Manhattan. A man has to be realistic about his limits.

During E3 2017, developer Insomniac Games announced that it was taking on the tall task of living up to that legacy with its own Spider-Man game. As impressive as all of the previews and trailers were, they only scratched the surface of what it’s like to get hands-on time with Spider-Man on the PS4. The famed wall-crawler has never felt more alive.

It’s hard to tell a Spider-Man story these days. What story is there about Peter Parker’s life as Spider-Man that hasn’t been shown before? Between the original Rami films and several reboots, it feels like we know everything there is to know about the character and his various foes. That’s why it’s so refreshing to see what Insomniac does with the Spider-Man lore. Like Spider-Man:Homecoming, Insomniac’s Spider-Man benefits from skipping the whole origin story bit. In this day and age, it’s not something we need any more. In fact, they take it even further by establishing their Spider-Man as having been around the block for a couple of years. 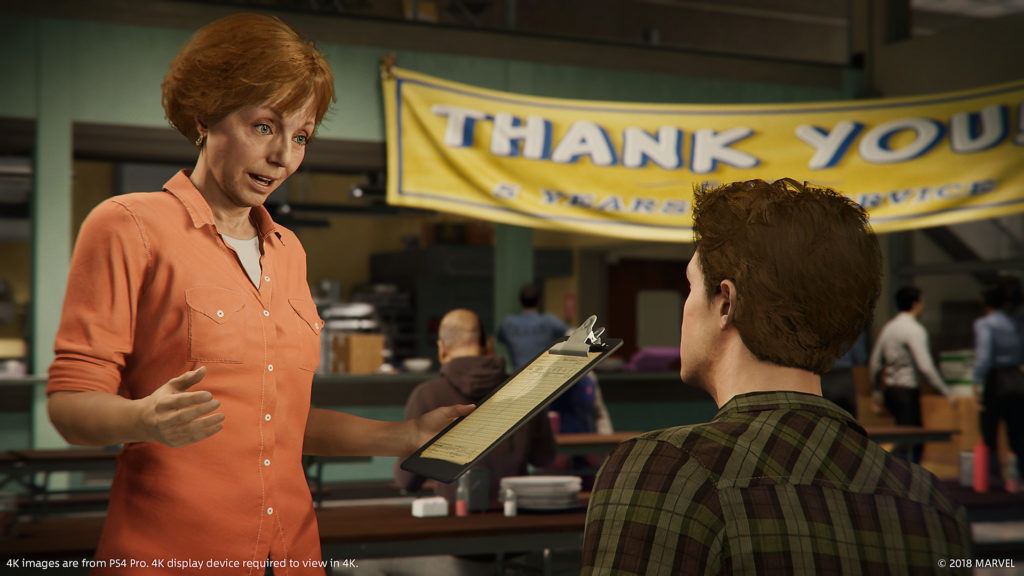 During the opening sequence, we are thrust into the middle of a classic Spider-Man adventure. From the suit to the bad guy, it all feels like the Spider-Man we know and love. After this stellar introduction, we start to see Insomniac’s own spin on the lore. Part of the fun of this Spider-Man story, especially if you are a hardcore Spidey fan like myself, is learning more about this world, its Peter Parker, and all its differences. You’ll find many familiar characters and enemies, but it’s like a great “what if?” story. We see everything we’ve come to expect but with enough changes to make it feel new and interesting again.

Yuri Lowenthal plays the part extremely well as both Peter and Spider-Man. For me, this is important. We get both the heart of Peter Parker and wisecracking ways of Spider-Man – something Spider-Man was famous for way before Tony Stark’s snarky Iron Man ever hit the big screen. Over the years, the several film reboots have either relied on one or the other. Here, we get the best of both worlds as we watch Peter balance his life as a scientist, his relationships, helping his Aunt May, and his time as Spider-Man. You begin to feel each part of his life begins to tug and pull at him. 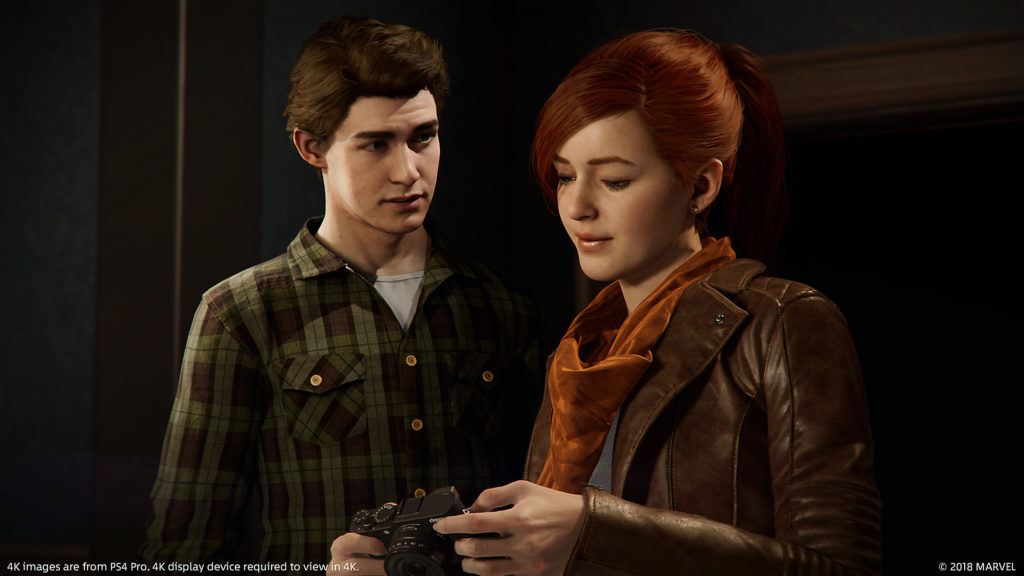 And this is only one example of the great casting on Insomniac’s part. I found the supporting cast deeply engaging, especially Mary Jane, Miles, and the villains. Both Mary Jane and Miles are given roles and backstories that are somewhat different from their more traditional comic book origins. For Mary Jane, it’s her job as a reporter, most likely inspired by her Ultimate Universe counterpart, that makes her character infinitely more interesting. For Miles, it’s a bit more drastic as his whole origin is overhauled to better fit in a world where Peter Parker is still alive. 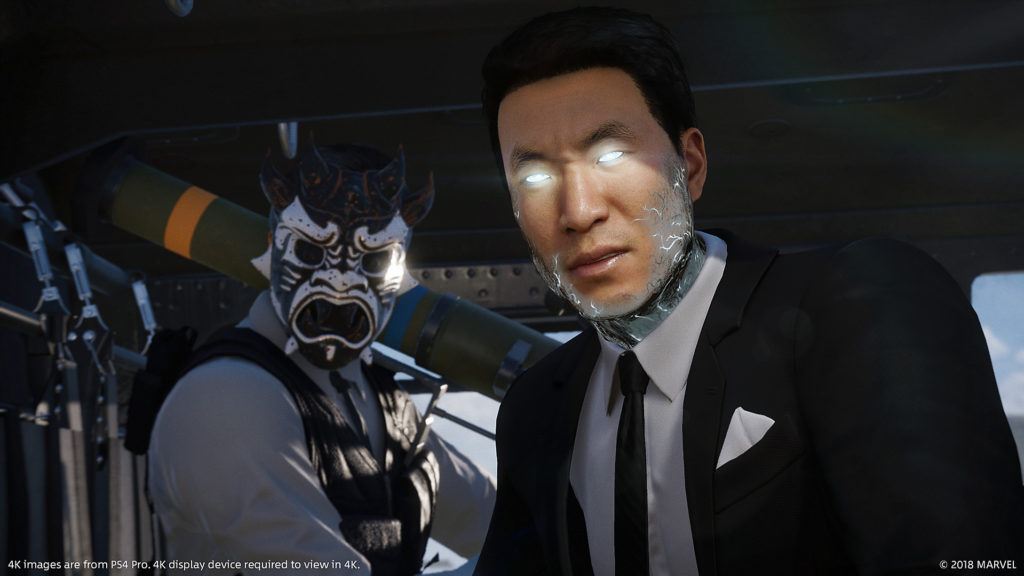 A smart choice by the team at Insomniac is pitting Mr. Negative as the main villain. As one of Spider-Man’s most recent villains, Mr. Negative isn’t fairly well known. However, this works in the narrative’s favor. Spider-Man’s villains are always best when we can empathize with them and even more when they intersect with Peter’s life. Mr. Negative does both of those as we learn about his motivations and backstory, and the need for Peter to try and save him. Using Mr. Negative sets the stage for a narrative where everything seems to intersect. It’s all incredibly well done and characters are treated with such care that very few villains feel one dimensional. While the revelations are somewhat predictable, it’s ultimately satisfying when you reach the end.

Spider-Man games are often critiqued on two fronts – the open world environment and the combat. It’s safe to say that in this game I’ve felt like Spider-Man in a way that I’ve never experienced before. Insomniac nails down the experience to give players the freedom they deserve. The swinging mechanics of a Spider-Man game are always put under such scrutiny and for good reason. It’s his thing. What’s Spider-Man without swinging? Just a guy who climbs on walls? Somehow, the developers have found a way to make it feel both satisfying and realistic. The physics are on point with every web that Spider-Man launches attaching to the building and structures around him, so it doesn’t feel like you are swinging on nothing. This also determines the height which Spider-Man can swing, as well as where he can zip line his webs. 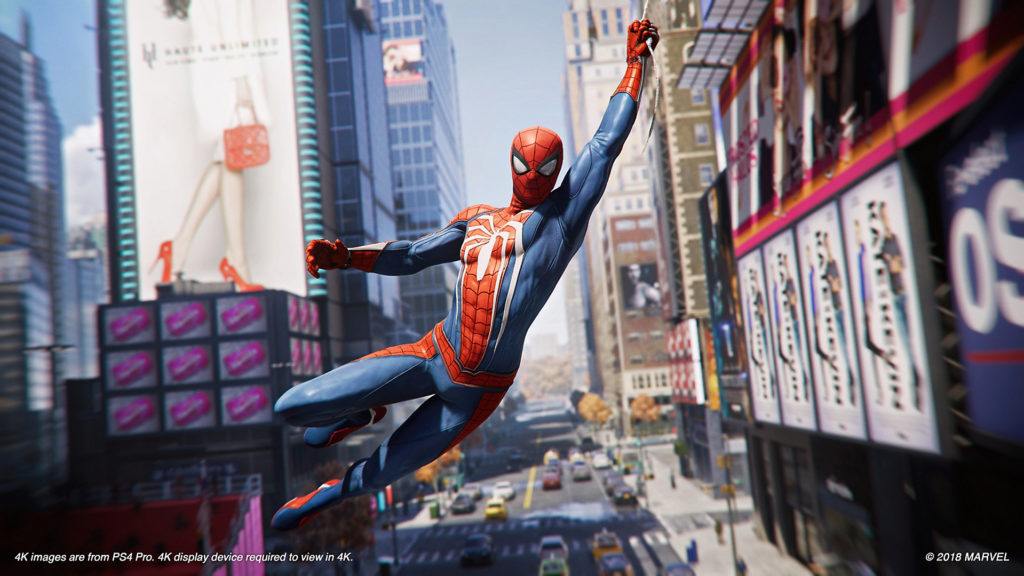 That’s not the only aspect of the open world that leaves a lasting impression. As you immediately get the hang of the swinging, you’ll notice that there is so much more you can do. From running up walls to zipping from rooftop to rooftop, Manhattan becomes your playground to test out how in-depth traversal can get. You’ll soon be flying through water towers and performing backflips in midair just for the hell of it. While all of this is amazing on its own, Insomniac didn’t stop there. The developers crafted an open world that feels alive. Honestly, my litmus for the game’s open world was based on how distracted I would get before attempting to do another one of the game’s main missions.

Ran into my first car chase. Omg, is this open world going to distract the shit out of me. #SpidermanPS4 #PS4share pic.twitter.com/GweKJF8NUx

Random occurrences in the game (car chases, bank robberies, accidents, etc.) are frequent. At first, they seem easy to ignore, but I found myself drawn to them as stopping random crime and saving civilians is where I felt the most like Spider-Man. However, these don’t have anything on the variety of side missions you can pursue throughout the game. I found myself obsessed with finding every one of Peter’s hidden backpacks, taking photos of famous and fictional landmarks, as well as finding Black Cat’s stuffed dolls. Add in taking down enemy bases, taking on villains like Taskmaster, and a multitude of other activities and there is always something to do, and it never gets boring.

The combat is perhaps the hidden treasure of this Spider-Man game. Spider-Man‘s combat is like a mix of Devil May Cry‘s combo’s with Arkham‘s rhythmic combat and stealth sections. At first, the combat takes some getting used to as enemies can sometimes feel relentless. However, once you get the hang of combining attacks with your gadgets, you’ll be webbing enemies to walls and juggling them in the air in no time. Stealth, on the other hand, is a mixed bag. While it is fun and you can mix up using several of your different gadgets to silently take down enemies, you’ll most likely just end up stringing them up on lamp poles as these sections don’t give you many opportunities to mix it up. 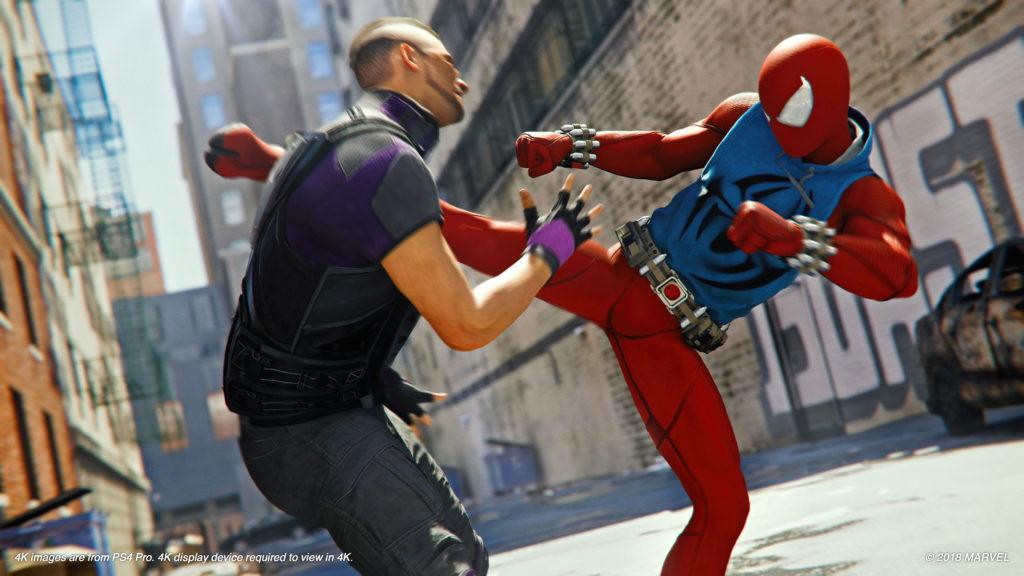 Like many of today’s games, light RPG elements are added in to update your character’s skills and abilities. Spider-Man’s skills in swinging, combat, and stealth can be upgraded with points earned from playing the game. Gadgets and costumes can also be upgraded with points earned from doing certain side missions. You’ll find yourself invested in unlocking new costumes, as well as the special abilities that come along with them. The best part about these costumes is that you can wear them during the in-game cutscenes and mix up the abilities with whichever costume you please. 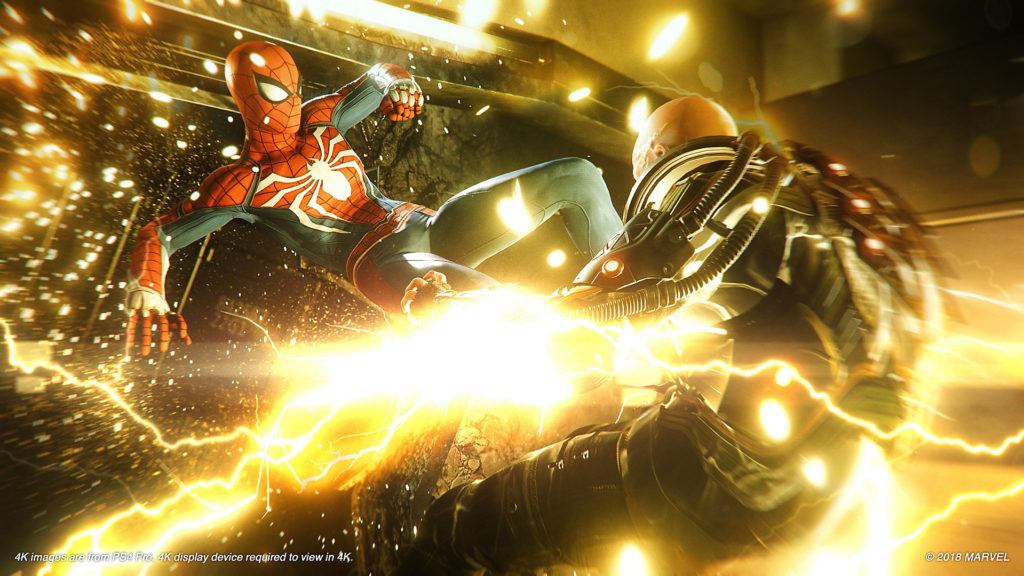 Story missions combine all of these aspects as players go through intricately designed set pieces and boss battles that mix up gameplay. The only low points are the parts where the game forces you to play as Mary Jane or Miles. It’s not that they are completely bad, but they slow the pace down a lot and feel unnecessary. Overall, the spectacle of it all is some of the best superhero action I’ve played in a game. 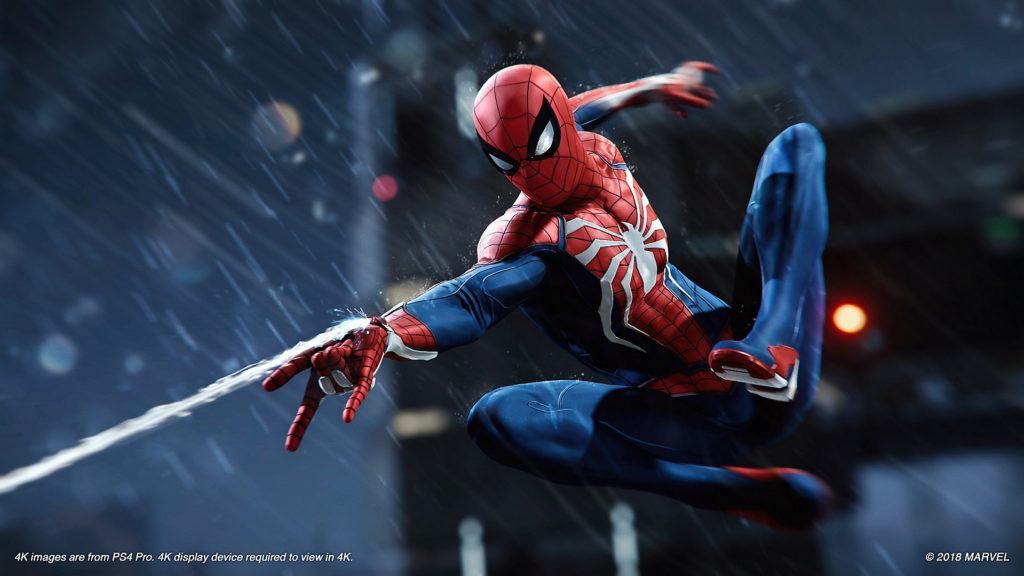 There is a feeling of anxiety that comes with the anticipation of a promising game. Spider-Man PS4 is the ultimate Spider-Man experience and lives up to the hype. I can easily say that it’s the best Spider-Man video-game I’ve ever played with gameplay that makes you feel like a superhero and a story that rivals some of the comics best. As an open world, it succeeds at distracting you in a good way. You’ll be invested in doing everything the game has to offer and never grow tired of it. By the end, you’ll walk away from Spider-Man, either giving it another playthrough or begging Insomniac for more of their take on the classic webbed warrior.