A Darkly Magical Tale of Family: A Review of ‘Locke & Key’

Hulu has given fans a Runaways adaptation to be proud of and now, our squad is roaring back with that teenage riff raff you just can’t get enough of! It looks like the showrunners are still giving us straight from the pages storyline, while not being afraid to tweak a few details to fit into the shows narrative. You have to be bold, but also stay true to the source material and Runaways is doing that just about as good as any Marvel or DC production.

Is that the OG underground mansion that I see?! In the trailer, Molly is seen ripping open an entrance to the much-revered Runaways hideout and the hype levels are already on a hunnit! The teenagers who defied their parent’s horrific sacrificial ways operated out of this location for quite a while in the comics so it only made sense that they would finally make this place their home base for post evil doer beat downs. Speaking of beats downs. 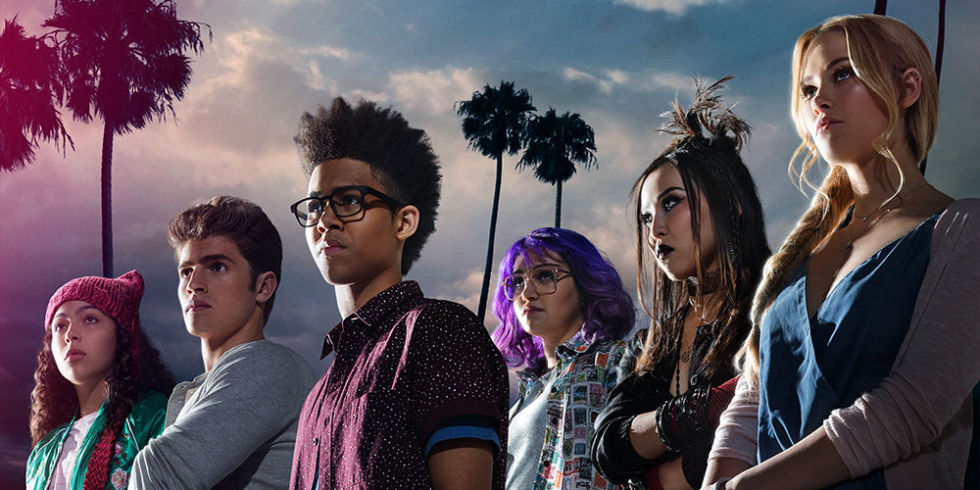 Chase is Bringing the Heat..and Hands

My man Chase is out here loving his best nerdy jock life. The young inventor has secured the gauntlet bag aka the fistigons, and is unleashing holy hell on some unsuspecting chump. Chase is a hot head and his father’s favorite toys only make him light up the screen even more. Can’t wait to see where hos storyline goes this year. I know a few Stans who are waiting on pins and needles to find out if a certain unlikely love blossoms between our heroes.

No One Girl Should Have All That POWER

By girl, I mean every damn girl on the team, because our ladies are going straight up beast mode in this trailer! Molly clearly wants all the smoke. She out here decking guys in the face, flipping cars, and looking cute as hell while doing it! I love that the costume design team have not gotten away from her iconic kitten hat look and are letting her grow up before our eyes.

Gert isn’t necessarily flexing in the trailer but her dinosaur dam sure is. Old Lace is going full Black Panther on a foolish spy? Villain? Pedestrian? leaping on dude’s back looking ferocious. Runaways has showcased their dinosaur in smart fashion. Dim lighting, air pumping through the neck to give it a breathing feel and quick shots really do bring the velociraptor to life without looking like crap. Karolina and Nico can be seen training and testing their powers. Hopefully, we see them all take a step forward in with their abilities this year.

I said it about Nico and Karolina last year, and I’ll say it again. I have never seen a portrayal of young lesbian romance done so well on this scale. It looks like we’ll be getting more on this budding relationship in season 2, not to mention the bound-to-be-awkward fallout from that Chase and Gert hookup. So many emotions, not enough lips to kiss!

Before I go, let me mention one last thing. Did yall see my boy Alex Wilder step out with the cornrows like it was 02?! That boy lookin’ a man grown straight reppin’ the Mario ‘Just a Friend’ braids! Is this the Darius effect? Has Alex been kickin’ it with his father’s mortal enemy from the block? Who’s bussin’ all them shots at the team? Who’s that with the glowing eyes? Lot’s of questions that are bound to be answered when Runaways returns December 21st on Hulu.