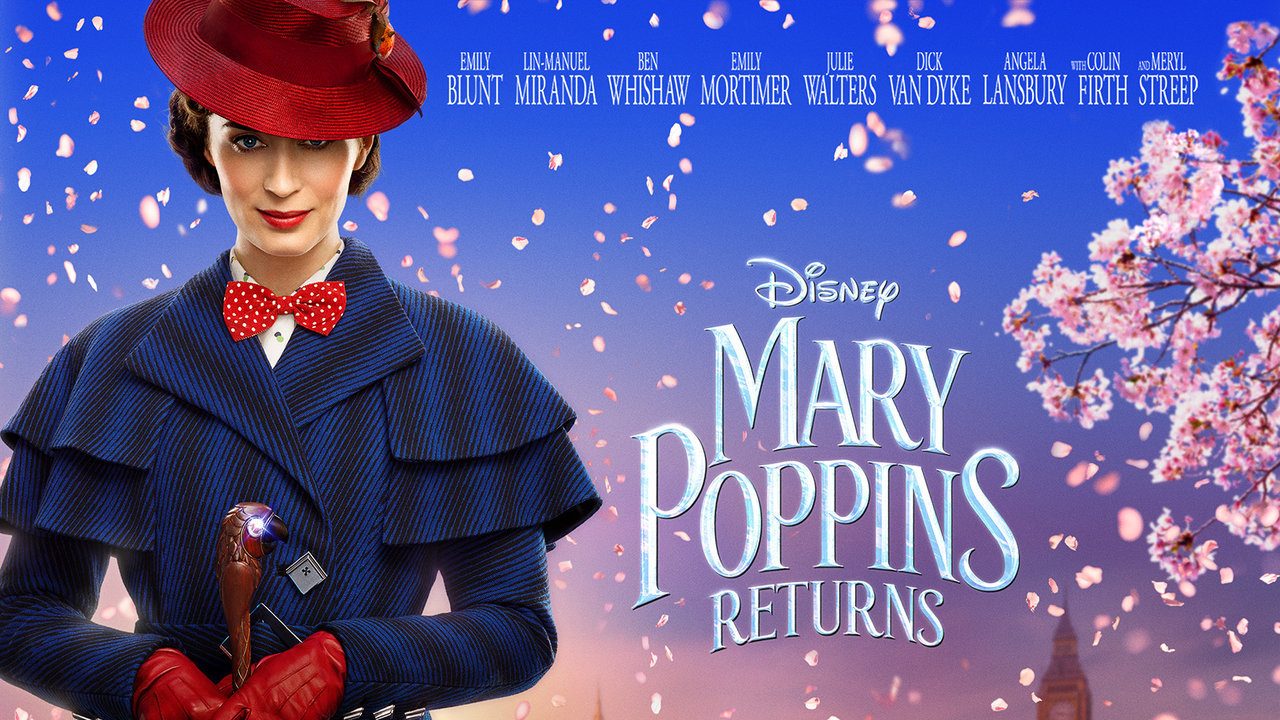 I’ve never seen the original Mary Poppins starring the legendary Julie Andrews. That’s right. Not once (clutch the pearls!). I’d seen bits of it whenever it was on TV, but was never intrigued enough by the White lady with an unusually strong umbrella to watch end-to-end. But I did know of Mary Poppins’ cultural influence, both with the 1964 film and the book series it was based on. Now 54 years after the original film adaptation comes Mary Poppins Returns, a flat but somewhat delightful sequel to a beloved film classic.

Emily Blunt stars as the Mary Poppins, the British nanny with magical powers, good looks, and a heart of gold. The film takes place two or three decades later in the same universe as the original. Thankfully, Mary Poppins Returns cleanly calls back to the original in a way that’s authentic without being condescending or obvious for franchise newbies.

The Blake children, Poppins’ young charges in the 1964 film, are now grown-ups with an entirely new set of problems for their returning “practically perfect” nanny to fix. Michael (Ben Whishaw) is a struggling artist and recent widower trying to make ends meet for his three young children. His sister Jane (Emily Mortimer) is a lively, fully independent labor union organizer and loving aunt to her brother’s children. 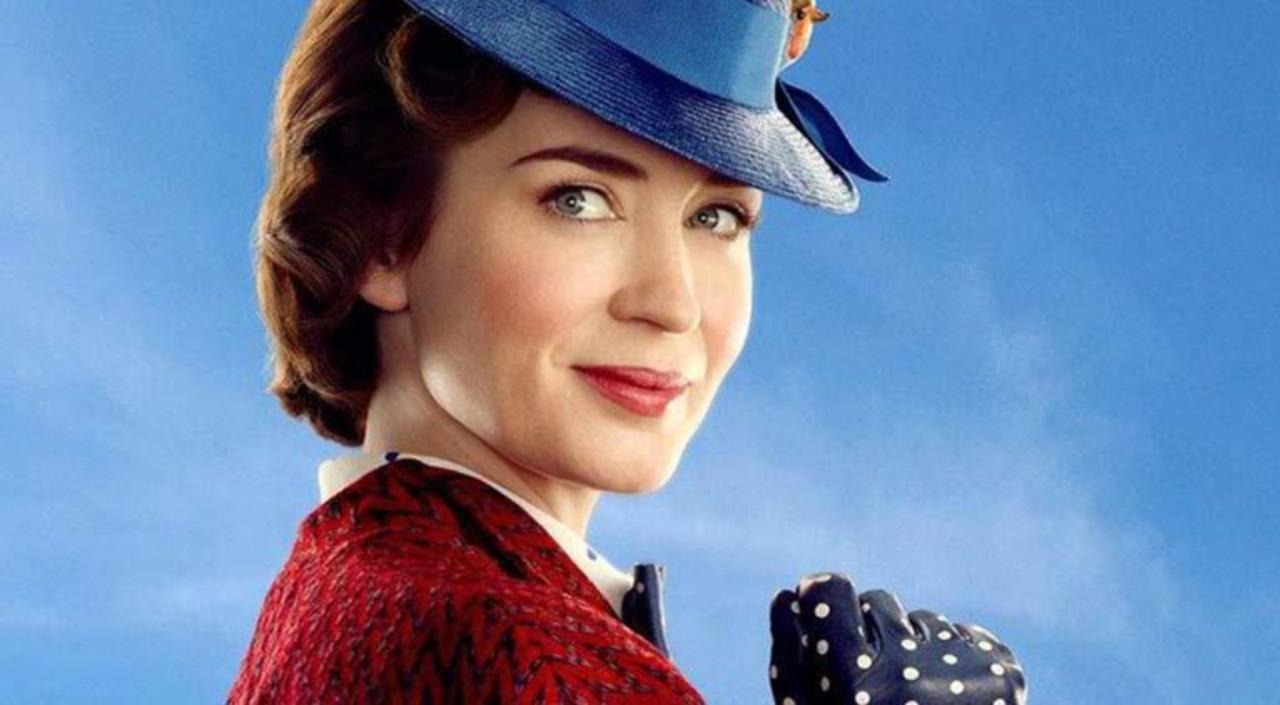 When Michael and Jane are notified that the Banks family home is on the verge of foreclosure after Michael gets behind on the mortgage, things become dire. With only a few days to find a certificate of bank shares their father left them at his passing, Michael and Jane go on the hunt for the missing document. Meanwhile, Michael’s children have been forced to grow up too soon after their pragmatic mother’s death. While running an errand to the store, the kids are swept up by a sudden gust of wind that turns out to be Mary Poppins floating in from the sky to once again save the day. What follows are a series of magical adventures where the kids learn to be kids again, while their father and aunt rediscover their own inner children.

You get the idea.

One particularly wasteful sequence was a magical trip inside one of the deceased matriarch’s favorite clay pots. We’re brought into the inner workings of the characters that are painted onto the pot for at least 20 minutes, with the pot ultimately meaning nothing to the broader story.

The acting performances also left a lot to be desired, particularly those of the new Banks family. With the exception of adorable Georgie (Joel Johnson), the rest of the family are as boring as they are British. Twins Anabel (Pixie Davies) and John (Nathanael Saleh) are clever, but dull. Ben Whishaw is largely unconvincing as a grieving father and husband, while Emily Mortimer’s performance is easily forgettable, including her character’s romance subplot with Jack (Lin-Manuel Miranda).

Let’s talk about Jack the lamplighter for a second. The majority of the film, Jack is randomly climbing ladders either for his work or just to talk to someone standing on a balcony. When he’s not randomly climbing up the back wall of the Banks’ house to chat with Poppins, he’s going on about how he used to watch Jane Banks from the street when they were younger. Almost as equally problematic is the fact that Jack is clearly of a lower class than the Banks, and he spends all his time literally looking up to them. The man’s been longing for the rich White girl-turned-woman who literally had no idea he existed until he jogged her memory. He’s basically the help, dreaming and longing for someone far above his station with seemingly no chance of successfully courting her.

If Mary Poppins Returns has any saving grace, it’s Emily Blunt. The British actress is largely known for her dramatic work, but she proves to not only be an effective comedienne in the role, but an exceptionally talented singer and dancer as well. While no song in the Mary Poppins Returns matches the impact of the 1964’s “Supercalifragilisticexpialidocious”, Blunt’s voice is pure butter on every beat. Homegirl’s got pipes and I hope to see more of Blunt’s vocal prowess in future projects. 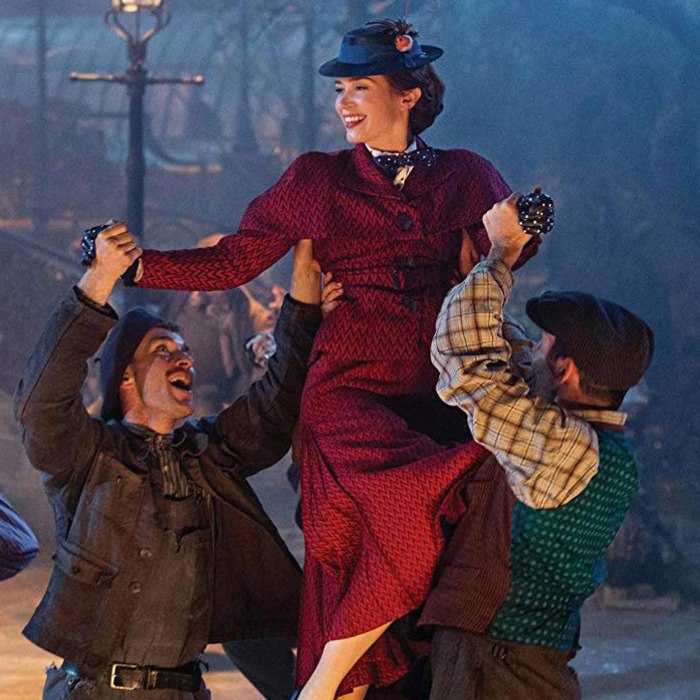 When the story finally concludes (after TWO hours!), everything is conveniently wrapped up in a neat little bow and you’re left wondering if the stakes of the movie were even real or worth it. From both an audience and screenwriter standpoint, it’s all kind of a letdown.