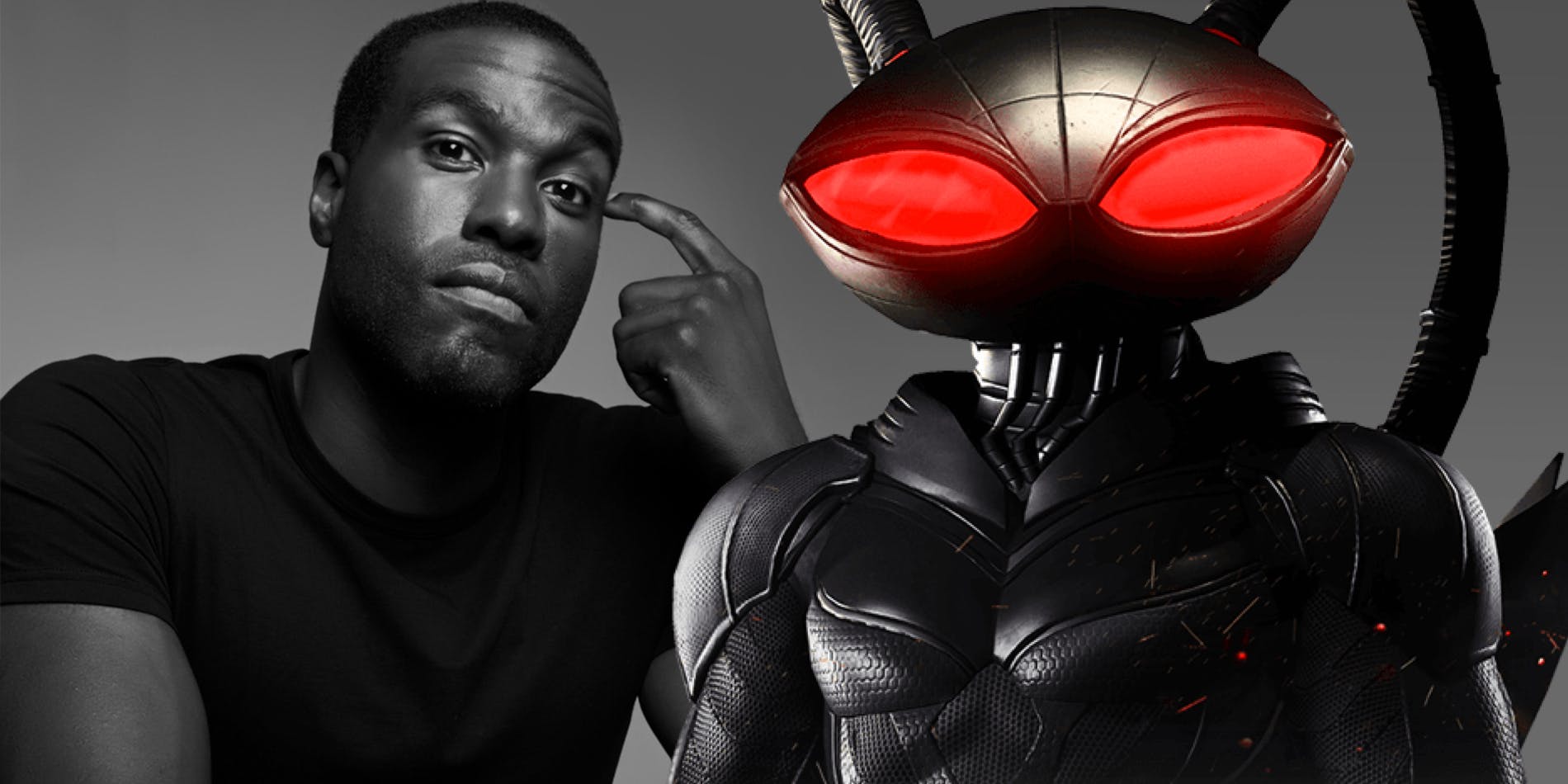 The hit summertime – oh excuse me… winter blockbuster to see this holiday season is Aquaman. We are all on the edge of our seats to see how DC will be bring itself up in the ranks with this one. I personally have seen the film, it is a rockstar water ride of a movie that is fun for the whole family. We see moist Momoa, water magic, and underwater mayhem. I had the pleasure of speaking with actor Yahya Abdul-Mateen II who plays the villain Black Manta in this aquatic adventure film. He had a lot to say about getting into the role, and getting into comics! Read til the end to see what superHERO he wanted to play in the DC universe. 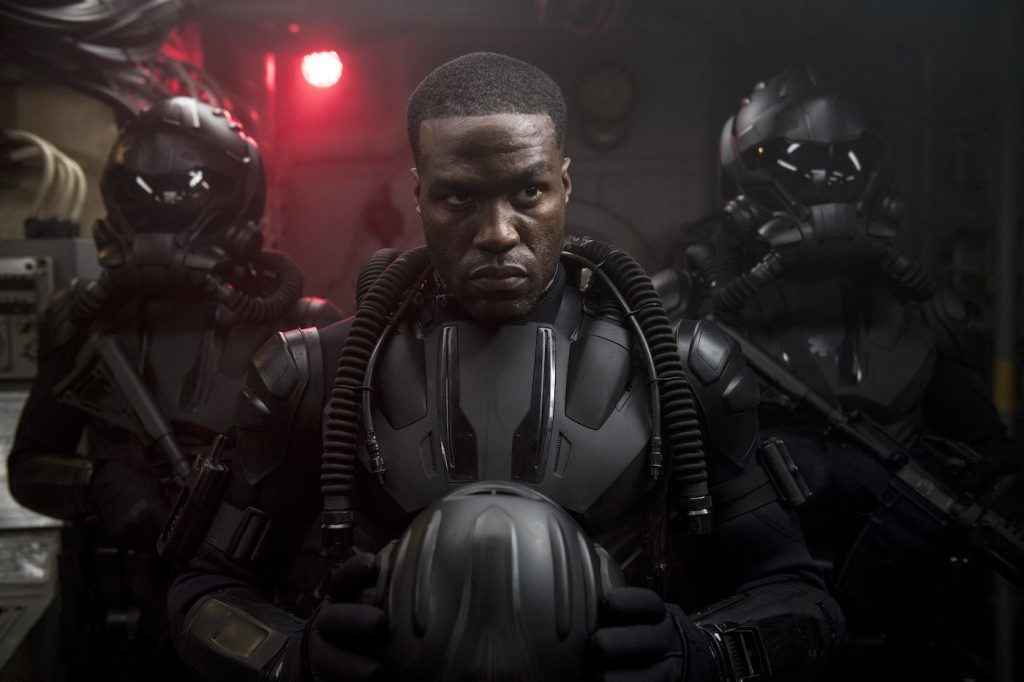 Yahya Abdul-Mateen II: [laughs] Naw, actually this was probably – outside of maybe a couple offers I might’ve gotten, this was one of the most straight forward auditions that I’ve had. I got an email in my box for a general audition, just as they come. I sent in a tape, and about a month later I flew to Los Angeles. I had lunch with James Wan and Peter Safran the producer. And about 10 minutes later, maybe 5 minutes later, I got a phone call saying that I got the job, so it was a very, very, straight-forward process. I was actually very, very surprised at how straight forward it was.

BNP: So did you have to then train with Jason Momoa for all the fight scenes and what not, what was that like?

YAM: [laughs] Yea, yea that was fun. You know Jason brings his A game, and the hand-to-hand combat is something that he is really just an expert in. So we got in there, we worked really hard for you know about a month, getting ready for all of our fight scenes. Then you know we stepped on set and let it loose for about four days. The goal in that is always, choreography, to make it fun, and to make it loose and make sure we do it without as many camera cuts as possible. So we worked hard to create something that I thought was pretty cool.

BNP: I was watching some of your other interviews, and I heard that you were not a comic book fan growing up. So what is it like now kind of jumping into the comic book cinematic world? Also joining a growing list of strong Black comic book movie leads in company with actors like Idris Alba, Don Cheadle, what’s that like?

YAM: I think it’s real cool to be able to be in that company with those names that I grew up watching in film, even when I never thought I was going to be an actor. And that kids all across the country, they can grow up aspiring to be characters like myself. And that I can be some sort of inspiration to them and adults as well, cuz it’s not just kids that are into comics you know what I mean, and I think it’s pretty cool. And it’s just really fun to be able to find this so late in the game and as I am stepping into it and thinking about these roles, I’m growing and learning so I’m a growing fan and performer of it at the same time.

BNP: That’s amazing myself as an actor, it’s so great to see how many roles are coming out for actors of color that haven’t been before, so you know it’s really cool that you are in this part.

BNP: I don’t know if you are supposed to talk about this, but the post credit scene featured you pretty prominently, do you think that you’re gonna be the main villain in the next Aquaman film?

YAM: I think that if there is another film that I would be psyched to be in it you know! I think that the way people have responded to my character and the way the fans are, I think it shows that there’s an appetite for more of Black Manta on screen which I think is real cool. So if he does come back, I’m looking forward to being back in a stronger way and introducing a lot of the other sides of Black Manta slash David Kane. We met him as a very ruthless villain, or a person who is very driven but he’s also very smart. I think that he’s funny, you know he has a clever wit and a lot of different sides. So I’m looking forward to getting back on screen, having more screen time and introduce all the sides of Black Manta that I think the fans will enjoy.

BNP: I was actually going to ask about that. You know Black Manta is a villain, but you did bring the humor in there, like when he is building the helmet and what not. And you played other humorous roles like Sgt. Ellerbee in Baywatch. Is comedy an interest of yours as well?

YAM: [laughs] I definitely love comedy as much as I love drama it’s fun and the two go hand in hand. As an actor I have been interested in running the gamut of what I can do on screen, so I’m definitely looking forward to incorporating a lot of that in to this character – but all in the ways that he [Black Manta] can do it. You know his comedy is very different than Ellerbee’s comedy, which is different from the Cadillac comedy you know, and I’m really interested in diving into it that way. 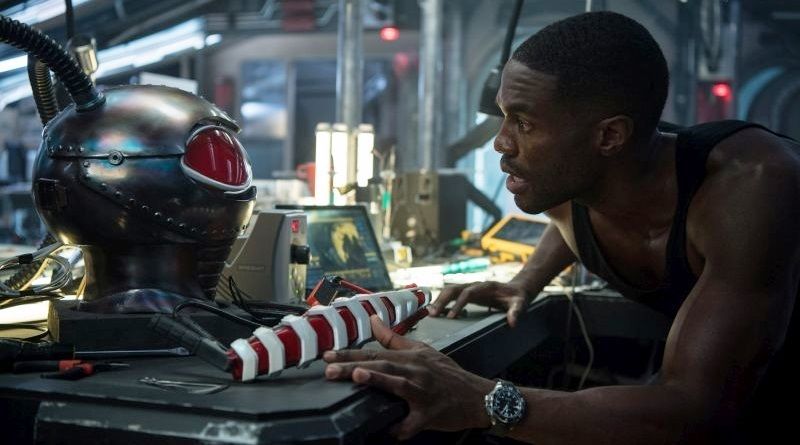 BNP: Now that you are kinda in the comic book family, I know you’re working on Watchmen. Have you been drawing from your experience working on Aquaman for your role in Watchmen, and can you say how?

YAM: I definitely want to play a superhero, well I am able to say one. When I auditioned for Black Manta I really wanted to play John Stewart. I figured that I would go in, I’d give a really, really good audition for Black Manta – that they would choose somebody else. But that I would get on their radar and then I could play John Stewart. I thought that you know, he [John Stewart] was also an architect, and that would be really cool to step in and you know play a hero. But you know fate had it, and it went the other way and I couldn’t be happier with how it all turned out. But even then, I think I am on a quest to turn Black Manta into a hero of sorts, because there are a lot of people who can understand his story and I think that’ll make the journey a bit more complex.

BNP: You mentioned being an architect first and making that switch to acting a bit later in life, what advice would you give to other actors who are maybe making a career change from something else or starting late in their careers.

YAM: I would say just dive in, dive in head first. Consider yourself an actor and do the work, which is to read plays, which is to see plays, watch film and begin to have conversations with other actors about things related to acting and creativity. And also just don’t take no for an answer. Everyone has an opinion about what it means to be an actor and you don’t have to have a job, you don’t have to be working to be an actor. I think it starts with considering yourself an actor and then the world will create itself around you. 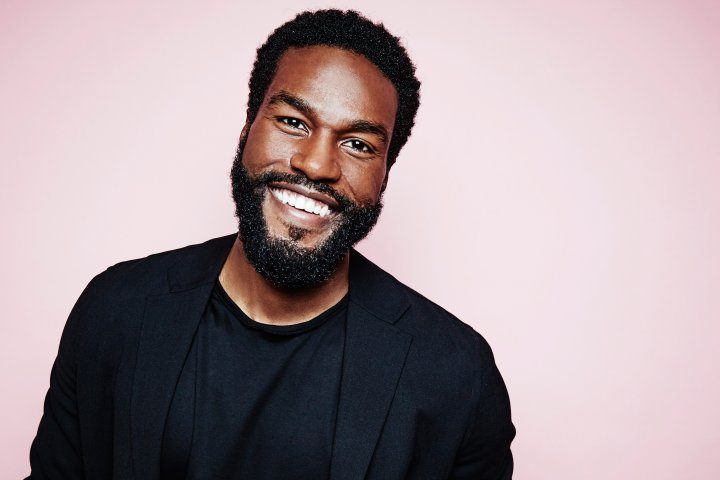 After finishing up our question and answer, I congratulated Yahya on the almost impossible feat – getting into literally all of the top acting schools in the country. Yes, fun fact – Yahya began acting after graduating Berkeley College with a degree and short career in Architecture. He left that career tried out for some MFA programs, yes and got into all of them – Harvard, Yale, NYU, and ACT (American Conservatory Theater). He has got that IT factor for sure.

Check out Yahya as Black Manta in Aquaman, in theaters December 21st.

BNP has you covered for all the Aquaman news, reviews, and commentary. Find it all together here.