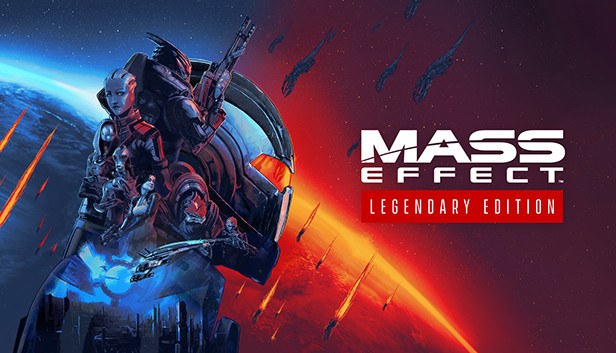 It’s been more than a decade since the Mass Effect series began on the Xbox 360. An ambitious sci-fi shooter RPG, it sprawled into a major franchise with a trilogy that, for the most part, was beloved by critics and fans alike. Say what you will about the original ending (it sucked) Mass Effect had an enthralling story, wonderful and varied characters, and really let you play the way you wanted to and effect the story in your own way. Whether you were a goody-goody paragon or RENEGADE 4 LIFE, it was your Shepard, and your story. To celebrate the many years of Mass Effect, Bioware and EA have released the Mass Effect Legendary Edition complete with remastered versions of all three games. Yes, there’s only three, Andromeda-wha??? With the new face lift and we working of some gameplay, is this trilogy worth a revisit? Strap on your space suit and let’s find out.

All three games get the remaster treatment, with the original getting the biggest facelift. The difference between original Mass Effect 1 and the remaster is pretty striking, while Mass Effect 2 and Mass Effect 3 are definitely better but not a huge difference. The biggest changes across all three games are the environments. They look fantastic. Going from planet to planet and just marveling at the scenery or staring up at the stars makes you forget it’s been over a decade since the original came out. That is until you actually play. As much work that has been done, it’s still very clear these are games from 2 generations ago. That’s not to say it’s a bad thing, but at times the game can be a bit janky. I believe I had to reset twice do to bugs not allowing to me continue on. I played on the Playstation 5. Outside of that I got some character model glitches or enemies flying into oblivion, nothing game breaking or too distracting, and Bioware should be praised for the level of work they did do.

Gameplay mechanics have changed a bit as well, mostly in the first game. Mass Effect 1 now plays closer to Mass Effect 2 and Mass Effect 3 with its combat and is closer to the action shooter than its RPG style. Bullets feel like they hit rather than RNG telling you otherwise, and the different classes have access to all the guns rather than just a few. It’s still the fun gameplay longtime fans will remember and if this is anyone’s first dive into the series it’ll be easy to pick up. Until you drive the Mako. I know they said they worked on the driving mechanics in Mass Effect 1 to make it better. And…Holy Crap if this is “better” than I can’t imagine how it used to handle. I never played the original (since I never owned a 360) but damn, it’s kind of awful. Driving down a straight corridor and somehow managed to flip that thing upside down. Yeah, it’s not great.

Of course, everyone remembers the whole fiasco with the original trilogy ending. While they didn’t change the ending, the expanded ending and DLC are included. It’s not a fix, but the extended ending adds a bit more and shows some of the initial outcomes of all your choices, along with the Citadel DLC that allows players a chance to say goodbye to the characters they got to know over the span of 3 games. It makes it a much fuller ending to the trilogy. And the opportunity to play all 3 games is a great way to experience a mostly great sci-fi story. The trilogy itself has been released all together previously but this is a chance for those who haven’t gone back or those brand new to enjoy this story. Going through all of it at once shows just how rich and epic these games really were. It’s just a shame it couldn’t stick the landing.

Mass Effect Legendary Edition is definitely worth a play through. Three great games with a fantastic story and updated graphics, it reminds you why this franchise was so well received. It’s not perfect; sometimes a little bugging, the driving sections are not great, and scanning planets is still a slog, but it is still an engrossing universe rich in lore. The repercussions of your choices through all three games makes it feel like it’s truly your very own Shepard. I missed playing as My Shepard and revisiting him was like seeing an old friend again. Highly recommend.