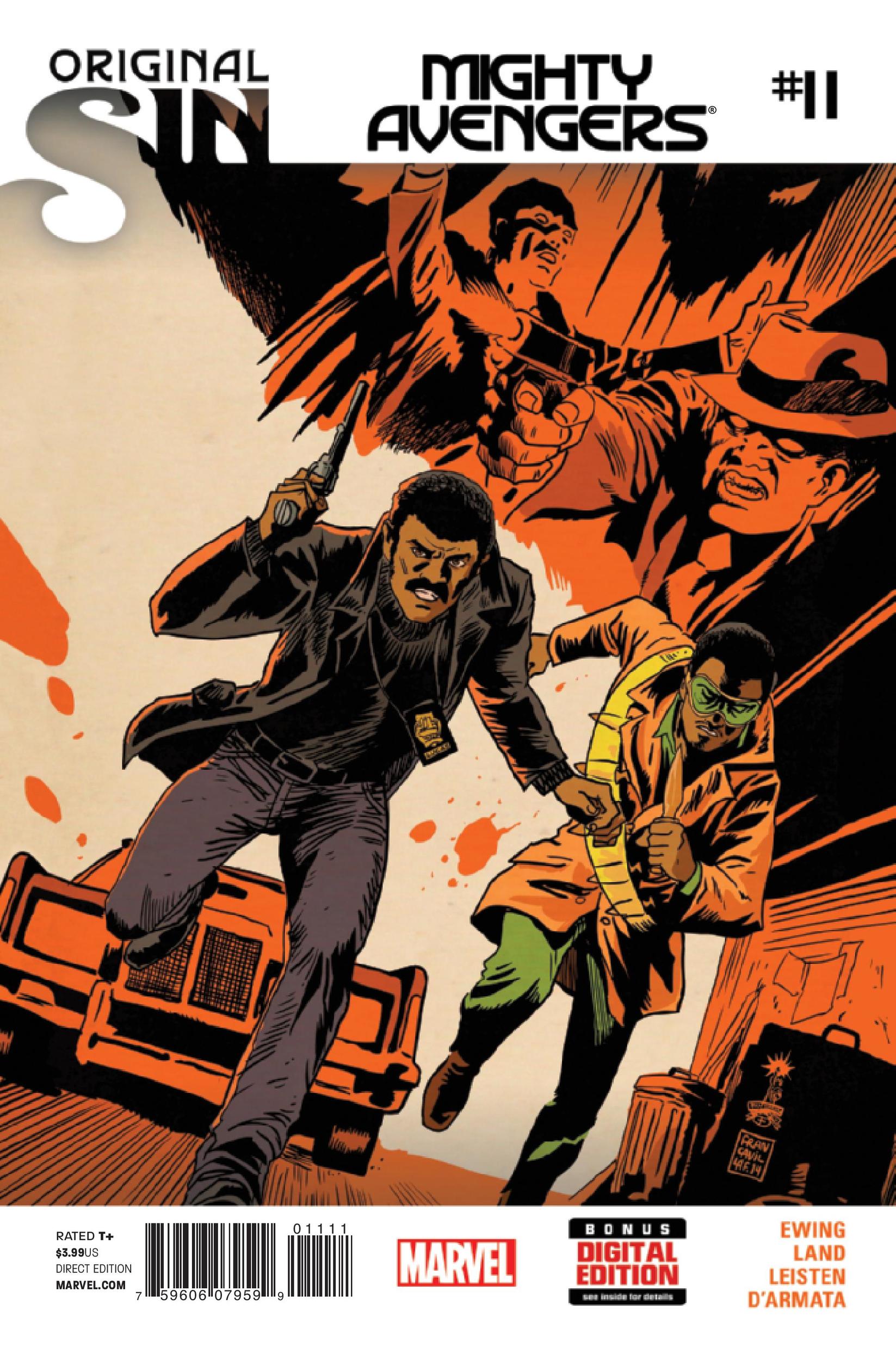 This is the Mighty Avengers issue I have been waiting to read. Now, I’m NOT a huge fan of big events crossing over in multiple books. However, with Original Sin, it felt like Al Ewing had everything planned all along so that the cross over would coincide with the story. We finally get to see Jim Lucas father of Luke Cage (Carl Lucas). Ewing provides some back story that occurred between the father son duo in the 90’s comic Luke had. We get that they are at odds with each other stemming from Jim having issues with Luke being framed & his superhero lifestyle. Although the reason Luke is even visiting is because his father had a team of his own…. or something of the sort.

What we get next is flashback to the 1972 of a young Jim Lucas as a 26 year old detective that had to kill his crooked partner(he works best alone now) working a case with a dead bat-manish creature. Enter freak beat reporter Constance Molina who serves as Lucas’connect for people that would have some insight on this creature. She enlists the aid of Adam Brashear (the blue Marvel). Meanwhile at the morgue we get to meet Kaluu the black magic mystic of the team who is hilarious who is examining the bat creature and then gets stabbed for being mistaken to be a vampire by Blade (who has been tailing this case from the beginning). We get a very quick scene of Blade and Kaluu going at it before everyone else enters the morgue (which has horrible security detail I gotta add). It feels like a chance meeting once Kaluu informs everyone what they are dealing with and then the killer of the bat creature shows up out of thin air apparently and introduces herself as “the bear”

The best part of this book is the father son interaction between Jim and Lucas. Ewing showing Jim being able to check Lucas like a typical stern father in one scene, tell him what he wants to know in another and then talk to him man to man about what he needs to know in order to deal with the threat he thought was long gone that has now returned. Land’s art didn’t have anyone looking like a porn star this time around. He really set the pace for the script and I felt like I was watching a serious 70’s flick (minus the blaxplotation element).

Mighty Avengers is a book that has yet to do wrong with Al Ewing at the helm. It’s easily becoming what I look forward to the most each month.