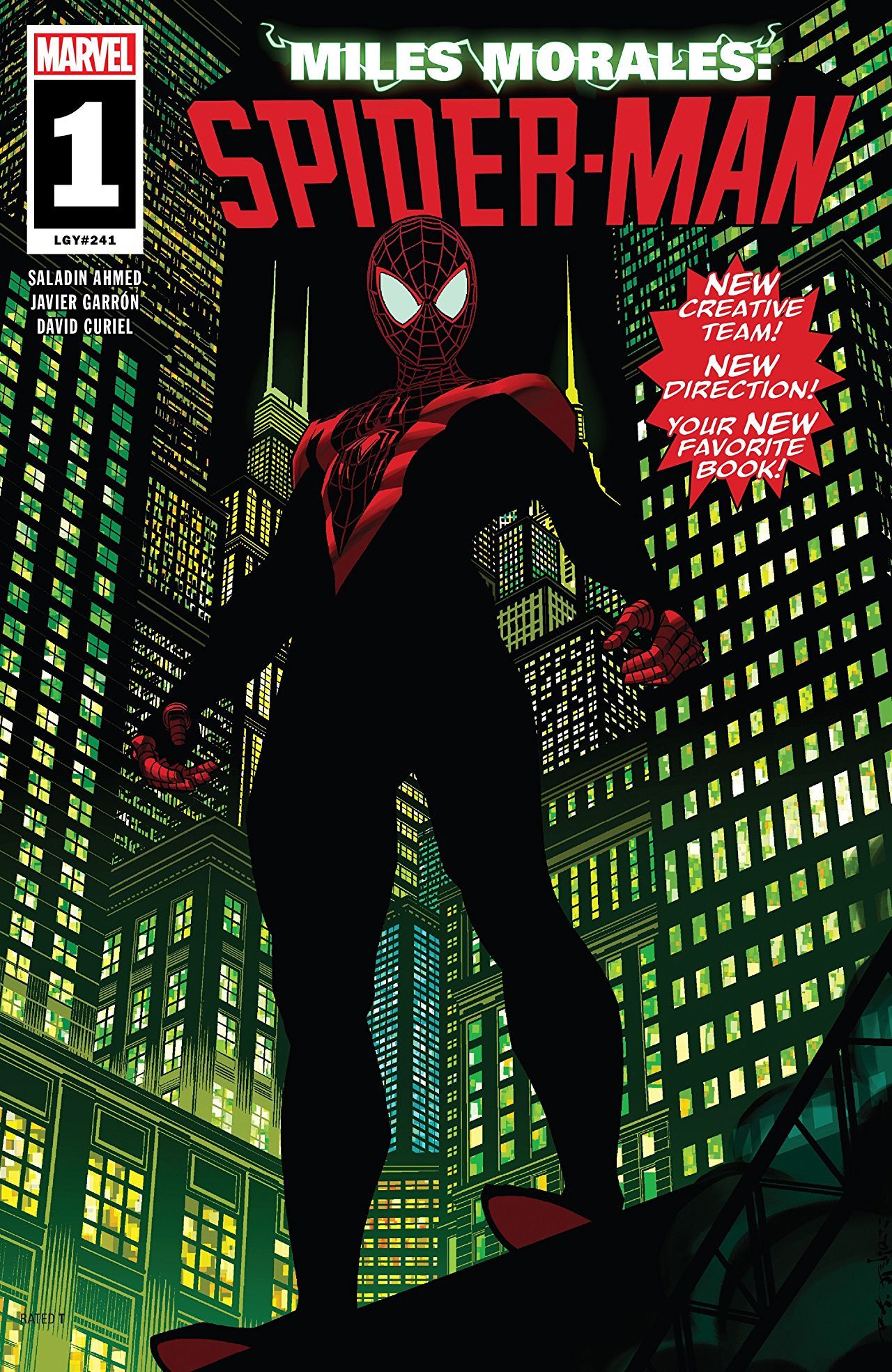 There’s something to be said about getting a fresh start with a new creative team. For a character like Miles Morales, who is so tied to their creator, it’s understandable to be apprehensive about another writer taking on the young web-slinger. However, it’s about time. The writing was on the wall, and writer Saladin Ahmed gives readers a better introduction to the character post-Secret Wars than Bendis ever did. 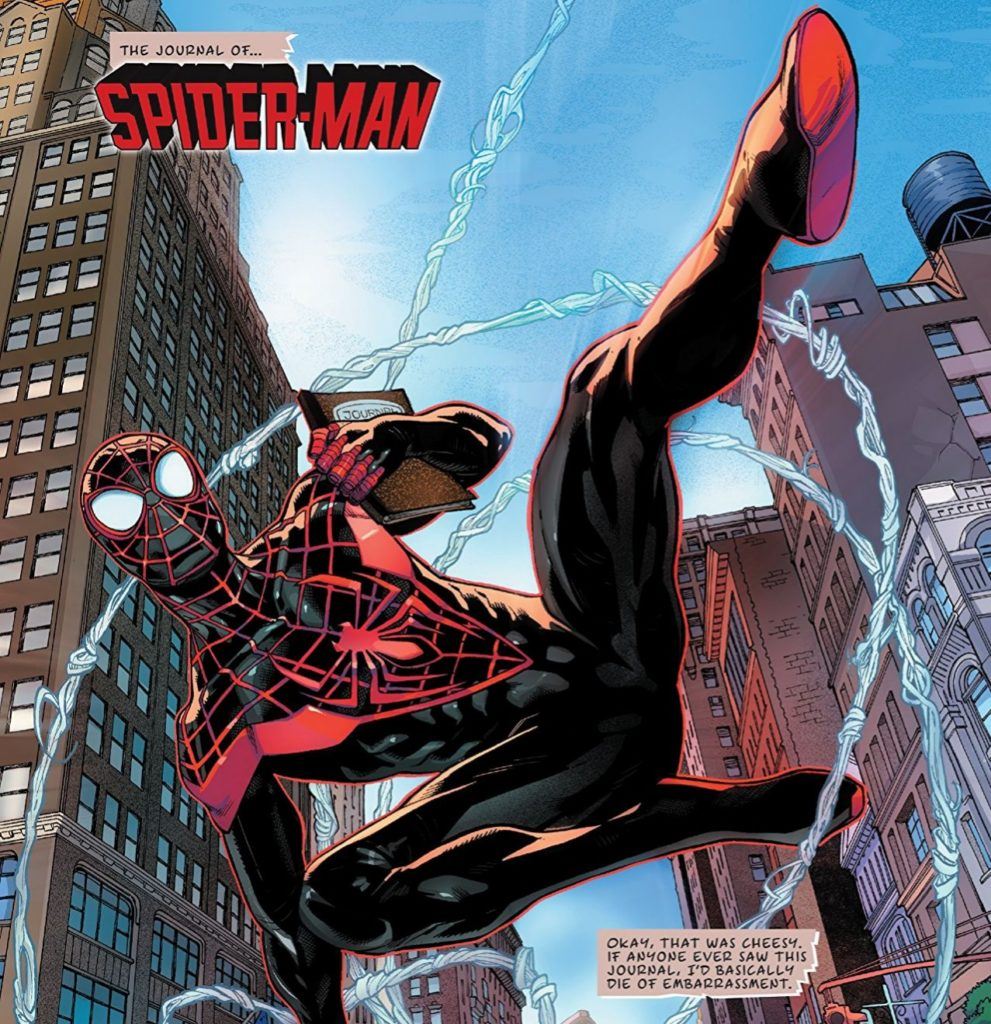 To be honest, I’ve always felt like Miles’ introduction to the 616 Marvel universe was a bit of a mess. There was never a clear idea of Miles’ established history in a world where Spider-man still exists. Within the first few pages of Miles Morales: Spider-man, Ahmed masterfully sets up a fully fleshed out status quo for the character while exploring what the idea of power and responsibility means to him.

That’s one of the things that I liked the most about this first issue of Ahmed’s run. The framing is excellent. He sets the story up using a journal Miles has to keep for his creative writing class. This forces the character to think about his life as both Miles Morales and Spider-man, as well as the world he navigates. It’s fascinating to get this kind of inner dialogue from Miles. 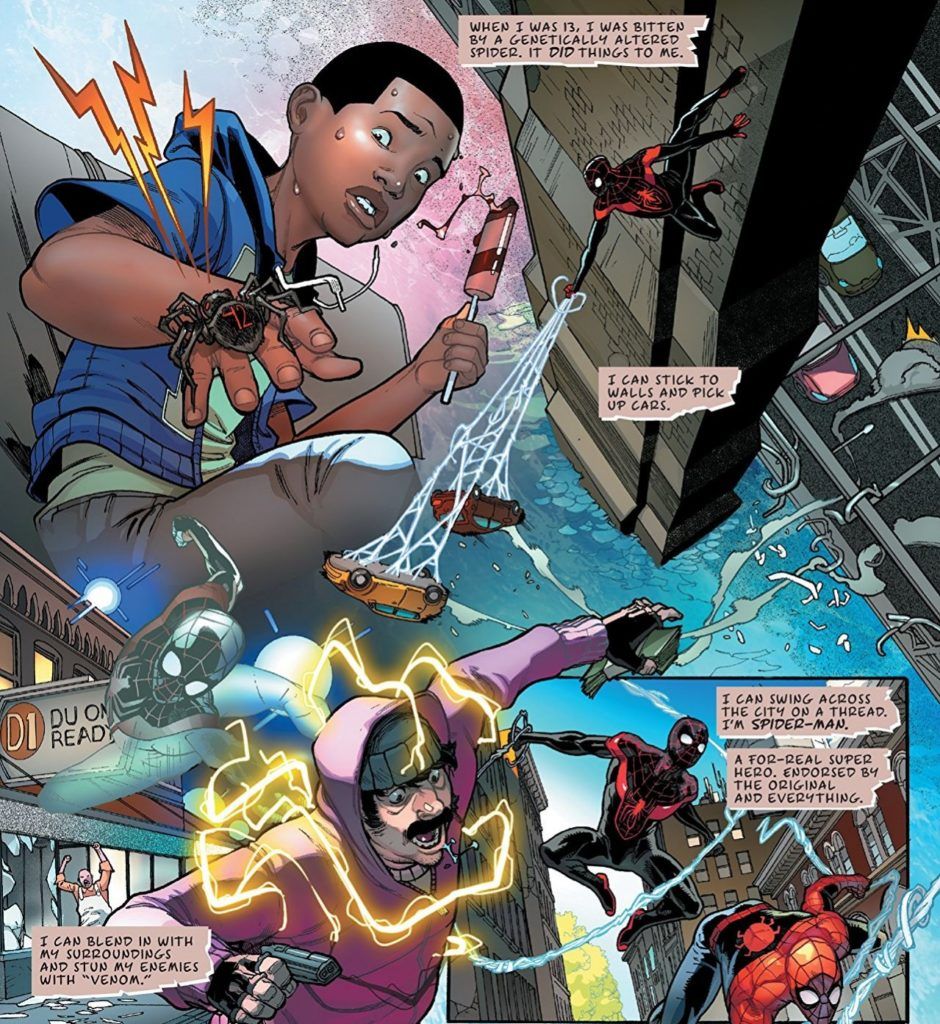 If Bendis’ time with the character focused on Miles’ personal life, then it’s clear that Ahmed will highlight how the character tackles the world around him. The world mirrors our own in many ways. Ahmed doesn’t shy away from showing that the Marvel universe shares many of the same real-world issues. And for the first time, it feels like Miles is being treated like a person of color rather than a character who just happens to be Black and Puerto Rican. It will be interesting to see how Miles tackles these problems going forward.

I can go on and on about everything this first issue does well, from Javier Garrón’s stellar artwork and action scenes to the excellent writing. It all boils down to me telling you that Miles Morales: Spider-Man is an excellent starting off point for new and old readers alike. It’s also the promise of some exciting storylines to come.