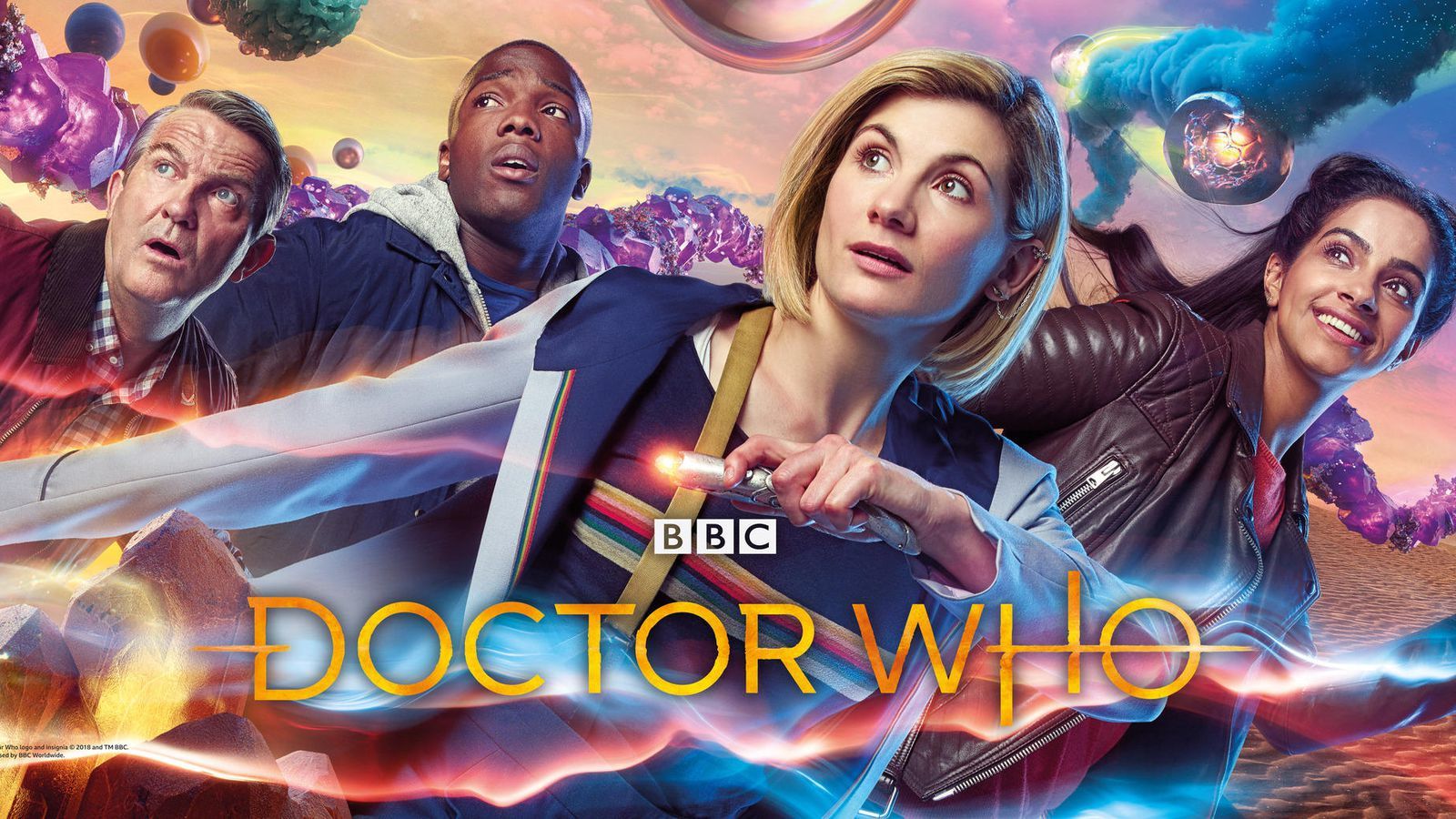 Before the new season of Doctor Who even premiered this October, fans knew the show was going to undergo some major changes: Steven Moffat, king of casual foot-in-mouth misogyny and season-long arcs as holey as a block of Swiss cheese, was stepping down as showrunner. He was to be replaced by new showrunner/writer Chris Chibnall. The new Doctor would have not one companion but three, a diverse trio of companions. This would herald a welcome switch from the usual single lady-companion-with-romantic-chemistry we’ve seen so frequently in the new Who episodes. And of course, last but not least: Jodie Whittaker as the first female Doctor. It only took thirteen tries, but hey, it has finally happened.

So this season has been marked by change, mostly for the good, though some to the detriment of the overall package. That said, the show’s also gotten back to doing what it does best — but with a new flair. Season 11 started with “The Woman Who Fell to Earth,” which introduced the Thirteenth Doctor and her to-be companions Ryan, Graham and Yasmin in the midst of a pretty standard Who setup. We got mysterious alien technology, human targets and an easily detestable alien warrior-assassin named Tzim-Sha. It was an average start to the season, mostly forgettable but for Whittaker’s performance. A new Doctor’s first episode always invites the most attention.

Chibnall’s writing can’t really match the drama or excitement of Russell T. Davies’ (think, for example, of our introductions to the Ninth Doctor in the very first episode of the new Who, “Rose,” and to the Tenth Doctor in “The Christmas Invasion”). However, Whittaker can carry even the more meh storylines by simple force of will and enthusiasm in her take on the Doctor.

Recalling Matt Smith’s youthful exuberance and David Tennant’s charm, Whittaker’s Doctor is a drastic switch from Peter Capaldi’s Twelfth Doctor. Capaldi’s Doctor started with a cynical, almost misanthropic, edge to his personality but eventually settled in the neighborhood of lovable curmudgeon by the end. The Thirteenth Doctor distinguishes herself by her capacity for empathy and joy in a way that is unmatched by her contemporary predecessors. This Doctor is honest and polite; she takes the time to explain the situation and acknowledge the feelings of those around her. She is also open in a way her predecessors weren’t. While Nine, Ten, Eleven and Twelve were happy to mope at times, to push friends away and brood and wander off on their own, Thirteen wants nothing more but to make new friends and engage them because she knows from the start that she needs — and wants — their company.

Thirteen’s personality makes sense if we consider how tonally, this season has felt more wholesome and welcoming. This probably due to the fact that Chibnall and Executive Producer Matt Strevens have made a concerted effort to revamp the show to make it more inclusive to prospective Who fans. So no big, complicated arcs and no old characters or villains, at least for the first 10 episodes.

The show has also been more conscious of its politics and how things had to change with a female Doctor taking charge. So we got a surprisingly blunt take on race in “Rosa,” featuring Rosa Parks (Vinette Robinson) herself; open criticism of Donald Trump and America’s love for gun violence in “Arachnids in the UK”; a tale of prejudice and extremism in the context of Partition in “Demons of the Punjab”; and a story based on the 17th-century British witch hunts in “The Witchfinders.”

More often than not, in these stories the scary villains were red herrings, or utterly unremarkable. The true antagonistic forces at work being more human ones, like racism and fear and greed. To that end, some of the stories felt a bit too moralistic. They were written foremost for their message while letting the actual intrigue fall by the wayside (e.g., the disappointing villain in “Rosa,” who took away from the episode’s strongest moments).

While there was no big arc this season, Chibnall brought the season finale back to the beginning with the return of Tzim-Sha. He was no more impressive of an antagonist the second time around, especially with a bad-guy plan that somehow managed to be both conceptually grand and dull at the same time. It didn’t help that the penultimate episode, “It Takes You Away,” also started in promising territory, with a mysterious monster in the woods and a disappeared father, but then got too huffed up on its own concept to follow through on its emotional arcs about grief and loss.

And for all of the Thirteenth Doctor’s wonder and joy this season, there was a good amount of consideration given to grief, though neither the cast nor the dialogue could quite pull it off. Bradley Walsh, as Graham, gave his best shot, but was so much more at home with the humor, easily the most delightful companion to watch throughout the season. Though to be fair, Walsh did get the best lines, a playful mix of goodhearted sarcasm and earnest observations delivered with impeccable comic timing. Tosin Cole, as the more jaded and straightforward (though irrepressibly likable) Ryan, has many great moments but the scripts don’t always allow him to shine like they should. And Mandip Gill, as Yasmin, does the best she can with a character who doesn’t have much distinguishable traits — though the fault again here is the writing, which struggles to balance three companions in a way that feels fair to all of the characters. After all, we all know the TARDIS is big, but not that big.

So this season has had its ups and downs, and while some of the changes haven’t quite worked to the show’s advantage yet. Faithful Doctor Who fans know that the show, like its main character, is always changing and evolving. With each transition of a new showrunner and a new Doctor, it’s like starting all over again — and there’s definitely a learning curve. We’ll see what Chibnall has in store for this year’s holiday special, “Resolution,” premiering on New Year’s Day, and the next season to come.