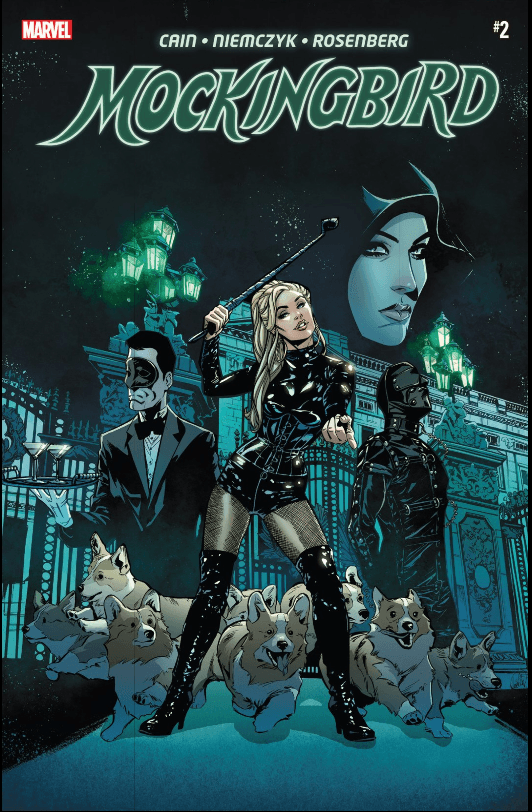 Y’all, I’m sorry. I mislead you and I apologize.

Confession: I should have given Mockingbird #1 an 8. Re-read it last night and it is *that good.* #NCBD #lastweek #imslow #blknerdproblems

But now I’ve got a chance to steer you right, and I’m going to do just that. Here’s my official recommendation:

It is mature, complicated, and hilariously funny. Don’t just take my word for it, check the opening panels:

That’s Lancelot Hunter, British Intelligence, occasional S.H.I.E.L.D. operative and occasional Bobbi Morse boyfriend. Except, as she says, they aren’t official. Lance is undercover, trying to infiltrate The Hellfire Club’s London branch, led by the Black Queen. But he’s gotten in over his head and Bobbi’s here to get him out. The dialog throughout is a perfect example of Cain’s style and her version of Bobbi Morse. She harasses Hunter even as she supports him, letting in just enough emotion so you know that she really is attached — but not so much that she comes off as vulnerable. Bobbi is never vulnerable. What she is… well… that is yet to be seen as we see her powers continue to manifest even as they remain mysterious.

Once she releases Lance from the Hellfire Club’s clutches, Bobbi pursues and catches the Black Queen. It seems certain that the Black Queen’s psychic powers will undo Bobbi, but… they don’t. 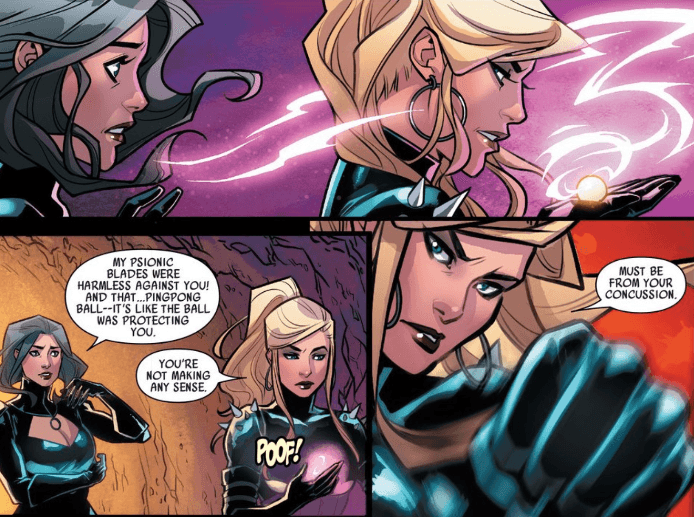 I won’t spoil the wrap up that follows, but it does explain the corgi from issue #1.

The art from Niemczyk and Rosenberg keeps up well, maintaining the classic super spy aesthetic while also introducing great color and emotion. There are a few odd visual moments, but none enough to ruin the overall fun of this comic. I’m now very intrigued by the challenge here — for Cain to maintain and interlock the plot of each individual issue with the start is one thing, but to maintain and interlock the art, clothes, and all the other little details that make a flashback believable — I’m excited to see the artistic team pull it off.

Now, if all of that isn’t enough, there’s the letters page. I love the letters page because it’s where the author tells readers how to approach their work through their answers to their questions. This is where you find out what the author is going for. In this issue, a man has written in to comment on Cain’s promise from Issue #1 that we’d be seeing a shirtless Clint Barton and a shirtless Lance Hunter (a promise she’s kept), asking if we’d see a shirtless Bobbi Morse. Cain’s response is perfect, you really should read it, and it closes with this: 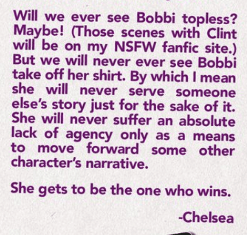