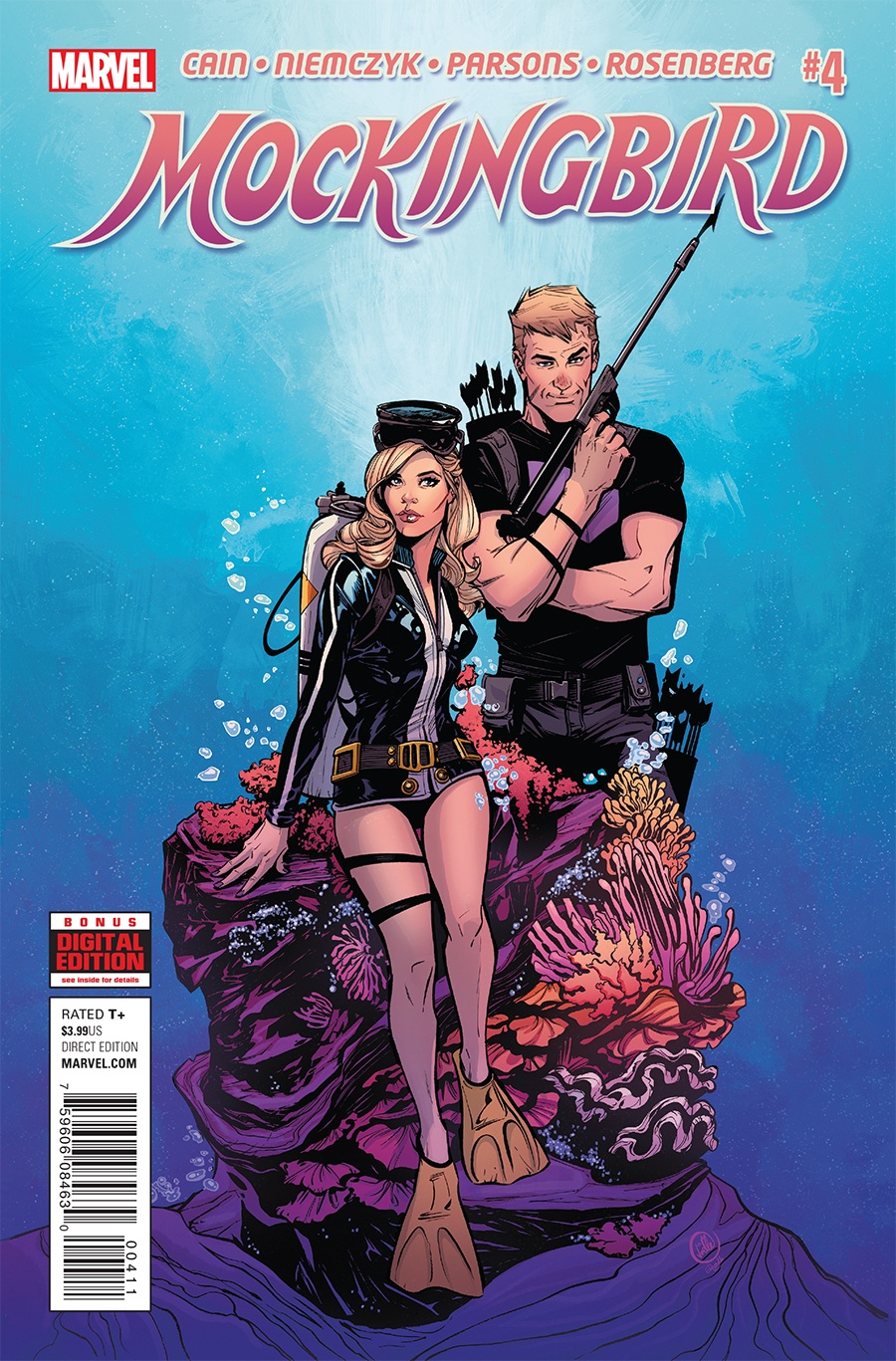 This is the second-to-last issue in the arc, so it is clearly time for writer Cain to bring it all back together and move the plot towards a conclusion. She does that with Saiga antelopes. Yes, it is an odd, almost non-sequitor of an opening, particularly if you didn’t catch all the antelopes hidden in issue #3 (seven by my count), but the point soon becomes clear as Bobbi points her chemist’s brain at the problem. 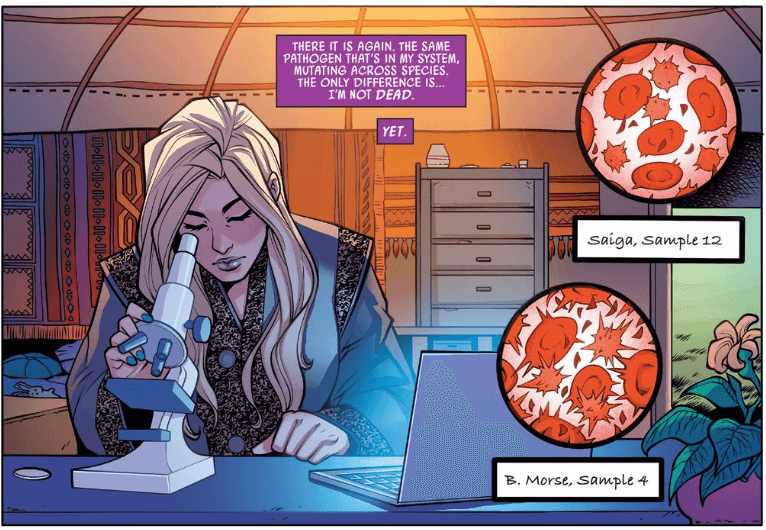 After the Russian steppes Bobbi is off to the bottom of the ocean, chasing not only more clues to her condition but also her ex-husband, Clint Barton, AKA Hawkeye. He’s on assignment infiltrating some underwater science-terrorists and he has what Bobbi wants. Their chase through the submerged lab leaves plenty of room for jokes about A.I.M. (Advanced Idea Mechanics) and awkward flashbacks to their time at marriage counselling. Cain really packs in the facts in this issue, and the artist team keeps up perfectly. Plus they deliver on their promise to have Barton topless throughout most of his cameo. Gotta love a reliable team.

Avoiding spoiling the key discoveries of this issue, I’ll leave you with this:

Divorce is a messy messy business, especially when you’re both international super spies who traffic in lies more than genuine emotions. But that doesn’t mean it isn’t love.

I’m going to spend time this long weekend re-reading the previous issues and getting the events aligned so I’m ready for whatever surprises there are in the next issue. Is Mockingbird now a superhero? Or just a scientist with a strange relationship to ping pong balls? We’ll find out!

Want to know what happened before? Forgotten what was in the puzzle box to start with? Read our other Mockingbird reviews and be ready for the conclusion.