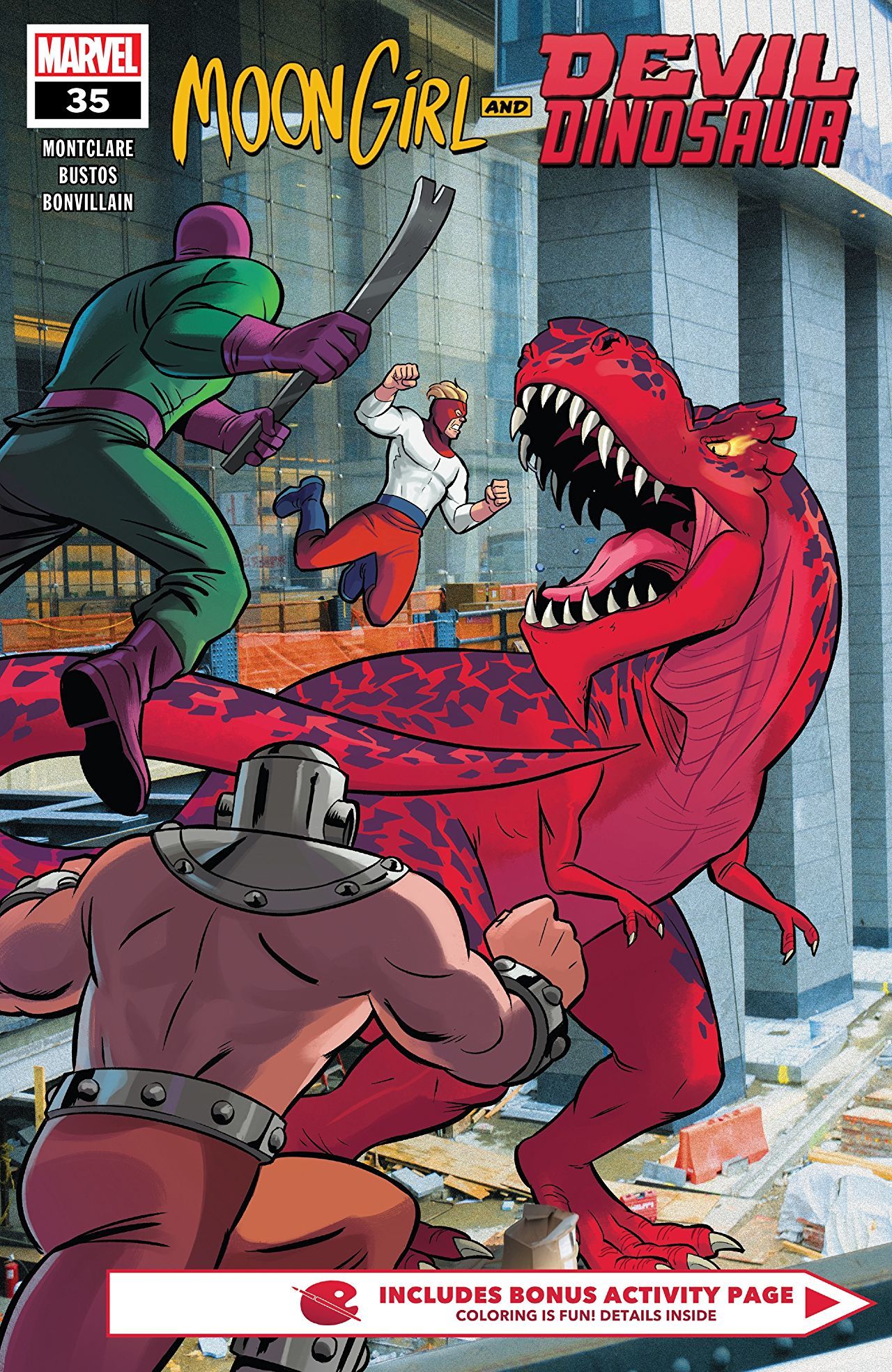 Issue #35 was a wonderful cap off to the first salvo in the ongoing war between Moon Girl and Princess Fisk. This issue wasn’t as heavy on the classroom drama and (well done) morality plays about the education system. The lion’s share of the script was dedicated to a much needed slugfest between Lunella and the Wrecking Crew. I love that Marvel is letting Brandon Montclare run wild and have our hero hold her own against long standing big league bad guys we all know. It’s so satisfying to see her giving four or five villains the hands while also still staying a step ahead mentally. 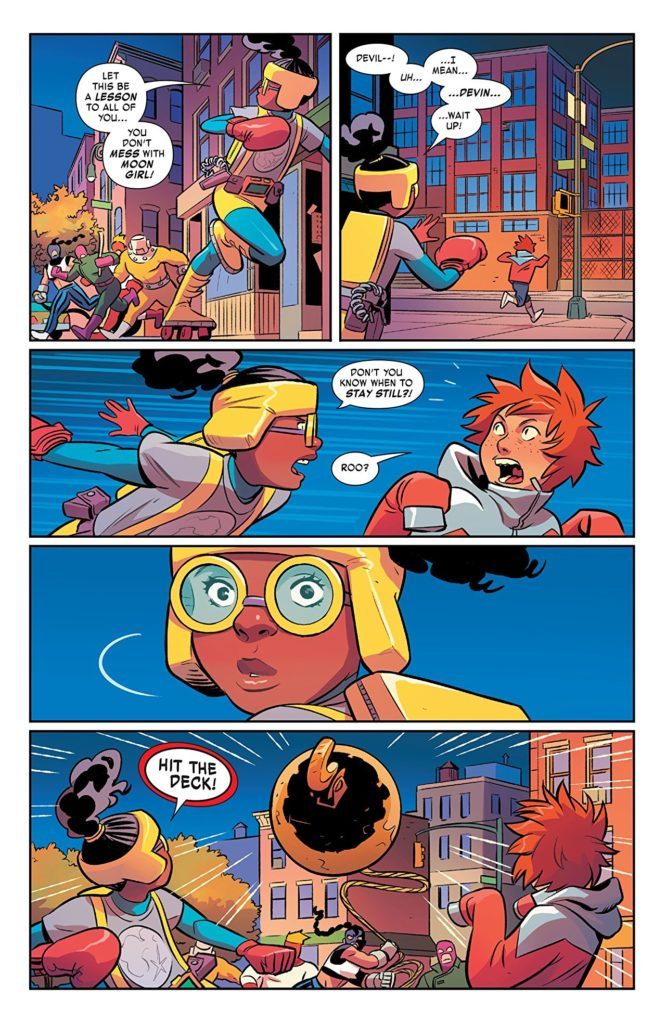 The treatment for a cartoon series basically writes itself. Likeable characters, relatable conflicts and endearing life lessons….this is a master class in “all ages” afrofuturism. Visually, Natacha Bustos steps up to keep pace and overall quality with Montclare’s script every single issue and this one is no different. The linework and attention to detail comes with a playful quality that adds of level of whimsy to the book it simply couldn’t get from just any writer.

Bottom Line: Even when it’s action heavy, Moon Girl and Devil Dinosaur is still consistently adorable and well meaning in it’s delivery. Another winner on all counts.

9 Spring Loaded Boxing Gloves out of 10