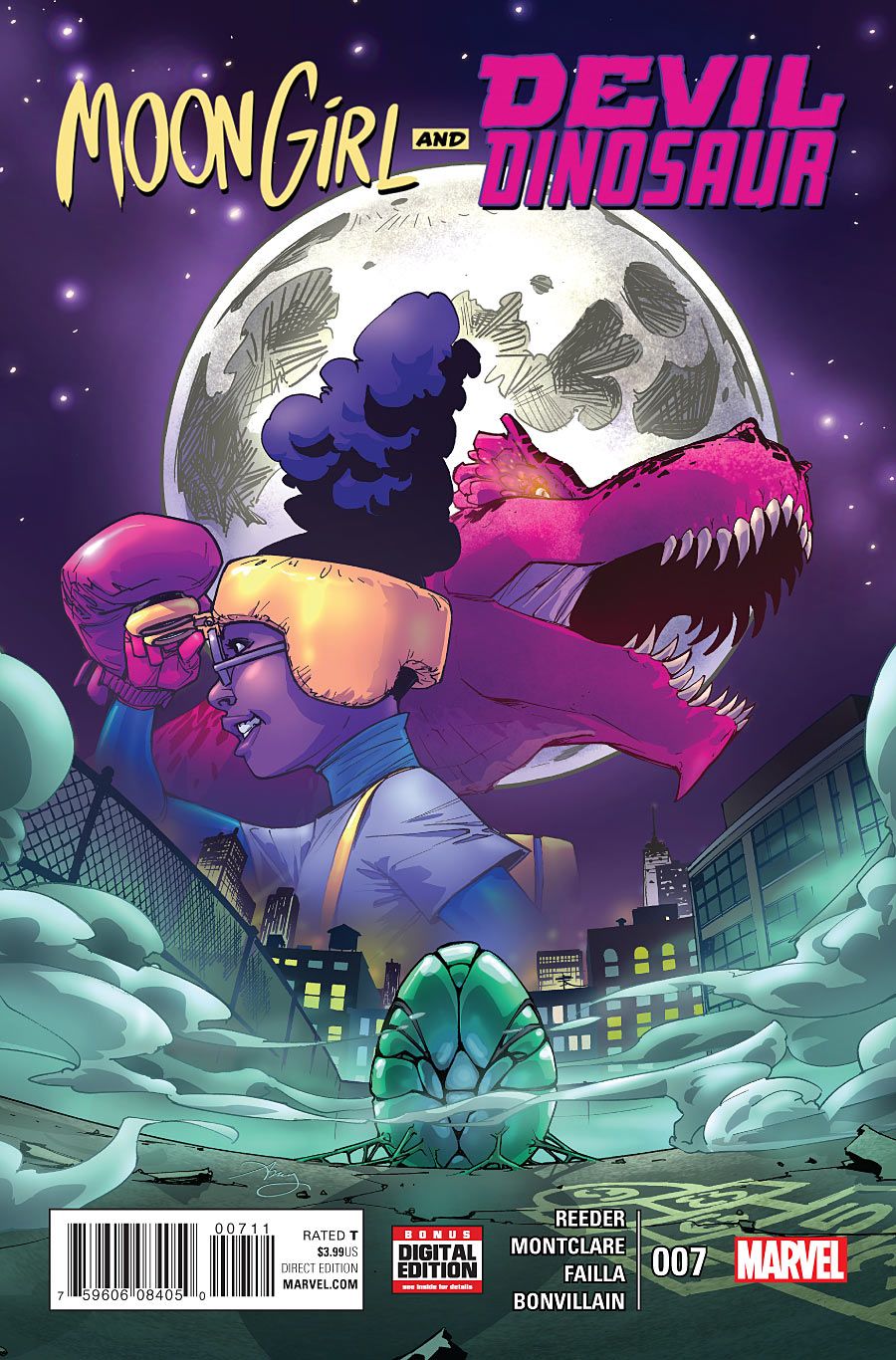 Terrigenesis. For six issues we feared the worst, endured near misses, sat on the edge of our seats, and just when hope was in sight… it happened. If last issue didn’t absolutely shatter your heart as we left Devil Dinosaur distraught at the demise of his beloved friend, I may need you to find the closest hospital to check for a pulse because ain’t nobody out here got your back like this T-Rex, y’all. 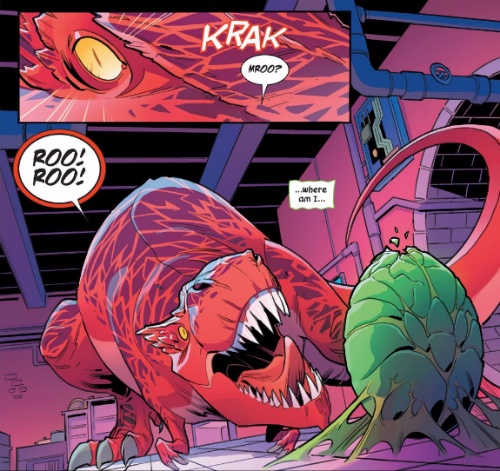 When we open, it’s been days since Lunella went “missing,” but apparently that’s all she needed to complete here true form (and I’ll admit it, I was tempted to crack a few jokes, but none of them seemed particularly eggceptional). Which is… what? After all this build up and terror, it seems like Lunella’s mutated genes may not mean she’s a monstrosity after all. This, unfortunately, is where some of the problem with this issue begins to appear. As a reader, there’s a strange mixture of relief and disappointment you see reflected in Lunella as she pours over tests and considers over and over where the change may have manifested, yet continues to yield no answers. And then life goes back to normal, or as close to normal as a preteen masquerading as a superhero with a giant dinosaur can be.

Wait, was that it? 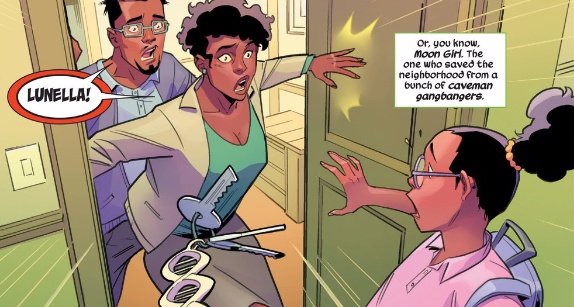 To be honest, this may have actually been the most emotionally disappointing part of the series so far. In previous installments Reeder and Montclare have been stunning at depicting the poignant reality of how parental responsibilities can clash with a brilliant and independent child, especially for a Black family, but this time we barely get one page of Lunella’s parents hugging her tightly and yelling about how worried they are. What are Lunella’s parents’ solutions now that they’ve tried to ground her and overprotect her, only to lose her for days when she insisted she could do it her way? Where are the hard conversations about the fact that Lunella continues to distance herself to shield her family from a metamorphosis that apparently never came to be? We don’t know. Instead, we get a transition to our next challenger, an alien boy who calls himself Captain Kree determined to prove himself.

Don’t get me wrong, I’m all about seeing Lunella finally find a rival to match wits with (while the Hulk’s cameo was a fun comic to read, the fact that he spent the majority of his time talking down to our main character became a little annoying towards the end) and seeing things from the Kree perspective for once in this story sounds like it has incredible potential. But the transition feels a little forced given the emotional impact we as readers just experienced between this issue and last.

Artistically, Marco Failla has done an amazing job at almost imperceptibly picking up where artist Natacha Bustos left off, though his work is a tad more cartoony than his predecessor with some interesting choices to dilate characters’ pupils, for instance. That being said, the same fun style comes to play and solidifies this comic as a visual joy even when it’s emotionally inconsistent. I’m excited to see how Lunella thinks herself out of the final panels’ predicament now that she may not have access to all the tools she’s been able to escape with before.

9 Mysterious Green Eggs out of 10