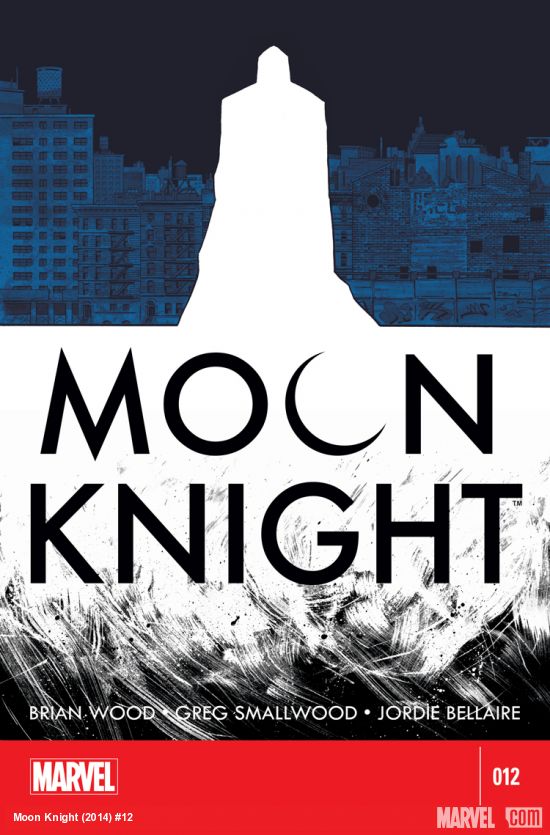 Marc Spector is the man on the fucking run. Dude just escaped a high level super max prison on a plane. On a plane folks. He’s falling to the fucking Earth with no parachute but he so Gully the Egyptian god Khonshu decides to keep fucking with the boy and pulls him out by the skin of his damn teeth. We see how Marc survives the fall as a reader but he himself (pretty much passed out) isn’t sure how Khonshu is helping him survive the fall but the details don’t matter t him much either. There’s physics to this level of excellence Brian Wood has been giving us in this second arc of Moon Knight. We are so used to him being a street level hero with some great new technology and artifacts from Egyptian culture that help him fight whatever he comes across on a street level. Be it mercenaries or even ghost super natural as we have seen, Spector has the means to take down all foes. However, Marc is still the avatar to an Egyptian god. We haven’t seen Khonshu do much aside from counseling Marc but this is the first time in this series’ incarnation we see such a huge gesture of help from Khonshu. He’s sill with the doctor but as we have come to find out, she can’t deal with the lime light and the facts of her past aren’t as she was laying them out to be.

Khonshu was all about the retribution offered by the doctor that he didn’t realize he was being lead astray till later. The doctor was a victim but not in the sense as she presented. Her father was actually the dictator that was stealing from the country and all she wants is the money that was liberated from him. I honestly didn’t see her being the villain so Wood’s fake out for that reveal was truly spectacular. Marc is able to clear his name and get the his title back from Khonshu. This was a good end to this arc as the tension has been building up immensely. Wood was a great successor to his predecessor Warren Ellis’ run on the series. Smallwood was visually gratifying as always. Smallwood’s style of art made this feel like a modern noir with a hint of the supernatural.

I believe we have a new writer coming on board after this issue whoever. I am unsure if Cullen Bunn will be keeping the one shot format that has been the staple of this book but I look forward to seeing what he is bringing to the table.