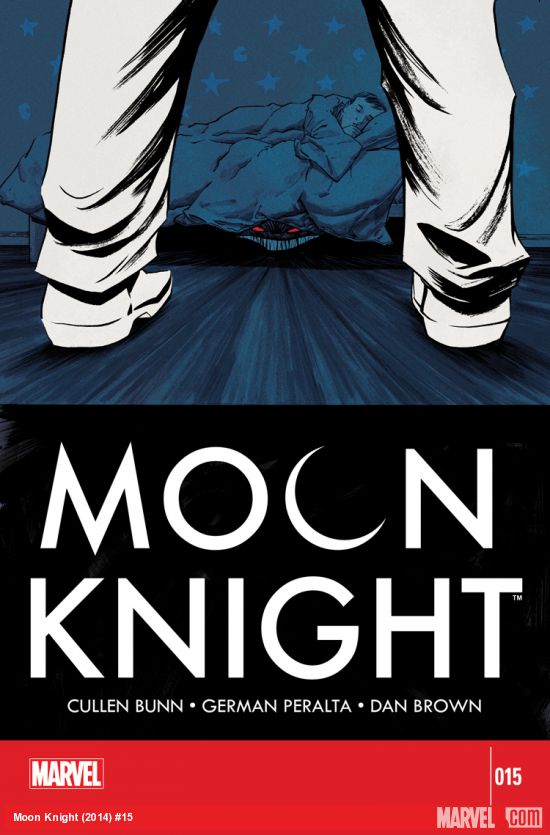 We’re back on another case with Moon Knight, however shit is not going the usual route this time. We see Moon Knight going against an enemy that’s all too familiar, and we get an action-packed issue that deals with our hero having to go out on his own with zero help this time. Cullen Bunn is having Marc Spector move more and more into the occult field with his run thus far. We’re seeing even more of a sci-fi side to Moon Knight, which has us as readers repeatedly questioning exactly what it means to be Khonshu’s Avatar and Protector of Night Travelers.

Ackins does a great job encompassing the dark tone of this issues. The color schemes give a truly other-wordly/dark-world occult feel throughout the issue. When we see Moon Knight go back to his choppa days it’s a great mesh of modern warfare against an enemy whose background stems from lore.

We got the makings of an arc where Khonshu is going to have some explaining to do, and it’s an exciting time as we move forward into the next chapter.