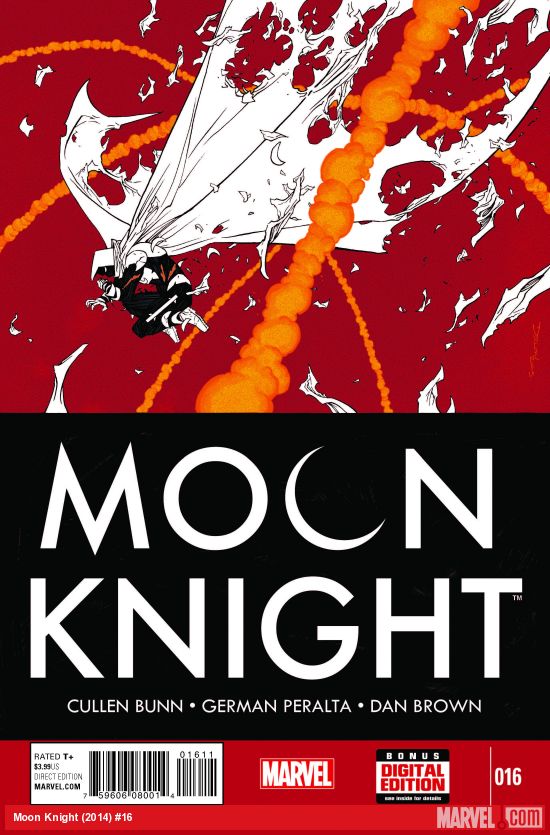 Moon Knight takes on some fanatics this issue. These folks are abducting people striaght 190’s-Roswell-UFO style… but with jet packs instead of the chromes out E.T.’s whip. Moon Knight intervenes and what follows can only be described as vigilante rendition of Top Gun. 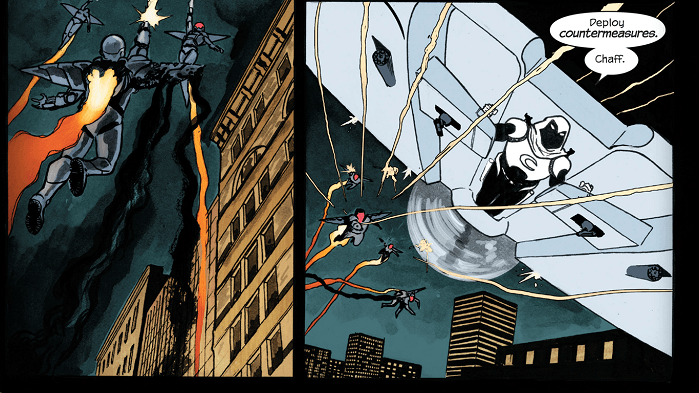 Bunn is setting up a loose arc for the next major danger that Moon Knight has to face, which is a unique twist. We saw last issue that he may not be the only being given protection under the Moon God. The question now is what other things doesn’t Moon Knight know about his duty? What else is he coming up against? Ackins does some great visuals this issue as the majority of it takes place in the air. Bunn delved into those mercenary tactic days of Marc Spector as he was cool, calm, and chilled giving orders to his drones and pulling Iceman maneuvers on his opponents.

It feels as though Bunn has been taking the side-scroller 2D beat’em up approach with Moon Knight. We’ve seen two installments leading up to Marc having to go against a major force that will have him dealing with fanatics and possible other deities as well as their avatars. It’s going to be interesting to see how this all plays out, especially since Secret Wars seems not to have a presence yet either.