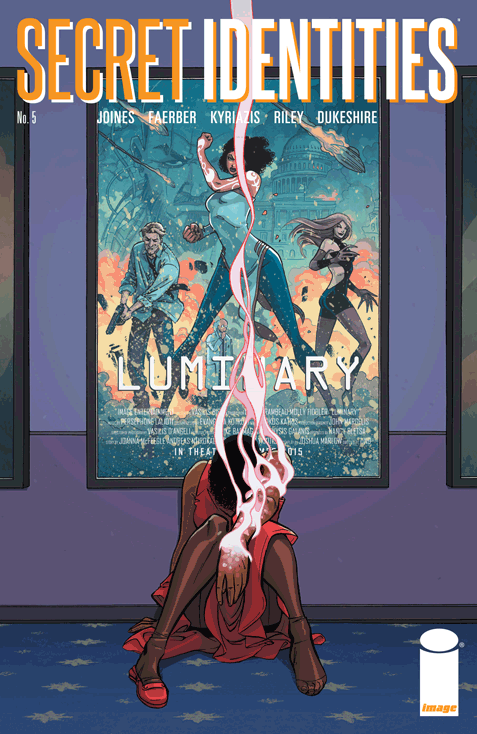 I need to begin by calling attention to my favorite cover art of the series thus far, because it does a great job of telling a story in itself as a microcosm of what’s to come in Secret Identities #5. On the wall prominently hangs a movie poster of Luminary, bold and powerful, and below it she sits on the ground, slumped and defeated. You know her struggle before reading a single page.

Pacing continues to improve in this series as it focuses on a few Front Line characters at a time, no longer needing to cover the entire cast in each issue. Luminary is the obvious star of this one, but the issue also moves the plot of Crosswind and Gaijin as our mole is deciding how to navigate his golden opportunity: here he is, a spy trying to infiltrate the good guys, and one of them comes to him with a secret and asks his help. It’s like letting the fox in the henhouse, and then the fox is given a map to the fattest ones. What wondrous thing did I do to deserve this good fortune?

Luminary’s backstory is given in rather creative fashion through the lens of the biopic filmed in her honor, as the cover suggests. We see a glimpse into her past, juxtaposed against how she feels in the present, and while it was confusing at parts it succeeds in adding a layer of empathy to her character that makes one more character on the team someone worth caring about. We knew she’s the President’s daughter, we knew her identity is known to the public, and now we get to see how she’s coping with it all. 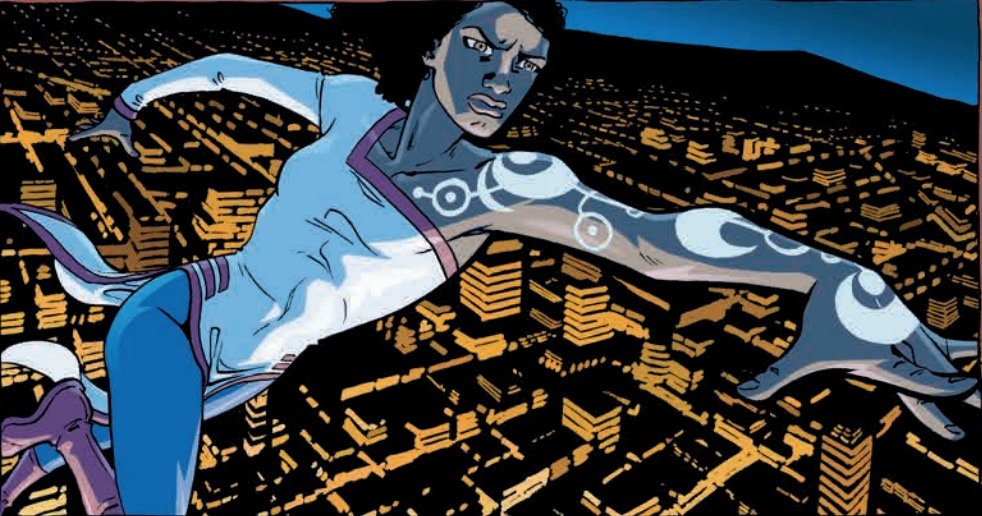 Issue #5 isn’t particularly action heavy, which is fine, it just doesn’t showcase Kyriazis’ best work in terms of layouts and fight scene paneling. Overall this issue was fun to read without it, and it shows one of the more interesting ways we’ve seen the series delve into backstory and the complexities of living a double life. It felt Secret Identities #5 was over before I knew it, and that’s always a good sign you’re having a good read. And now that I’m done I’m more than ready for what’s about to come next.

You can read previous reviews of Secret Identities here.