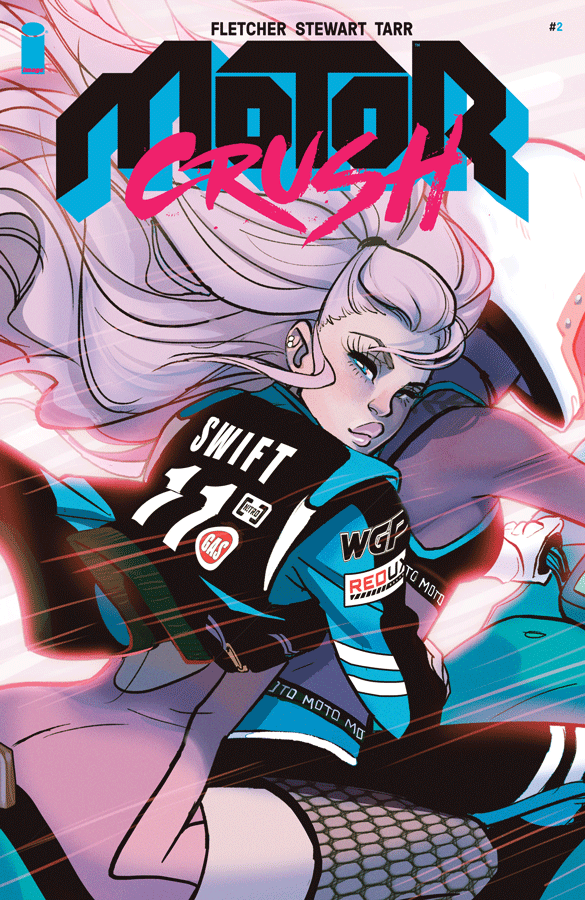 Motor Crush is back to build on its premiere as the popular series begins to form its conflict and add to its cast of characters. The first issue was a fan favorite, a pilot episode that sells on its action, neon visuals and streaks of racing light, the allure of a character like Domino Swift – confident and intrepid – and a world built on a Fast & Furious-esque racing subculture. The following issues is where the real test begins as the Batgirl creative team of Fletcher, Tarr, and Cameron have to make good on the promise of their premise. And so far, they’re doing just that.

Issue #2 offers a lot to learn about Nova Honda – the racing capital of Motor Crush’s world – but even more on our lead character, Domino. We’re beginning to learn some of her past, but in a suggestive way that leaves readers to speculate the details. As we form our own ideas on her upbringing or what her relationships may have been like, the obvious question to ask ourselves is how Domino has changed from the type of person she was before to the type of person she is now. Was she merely self-absorbed in the natural way of teenagers? Was she malicious? Thoughtless, naïve, or something else? As we continue to learn her current struggle we’ll likely be offered more insight to piece together a picture of her past, and that past will undoubtedly give us a better understanding of her decisions, fears, and the emotional reactions of those around her. 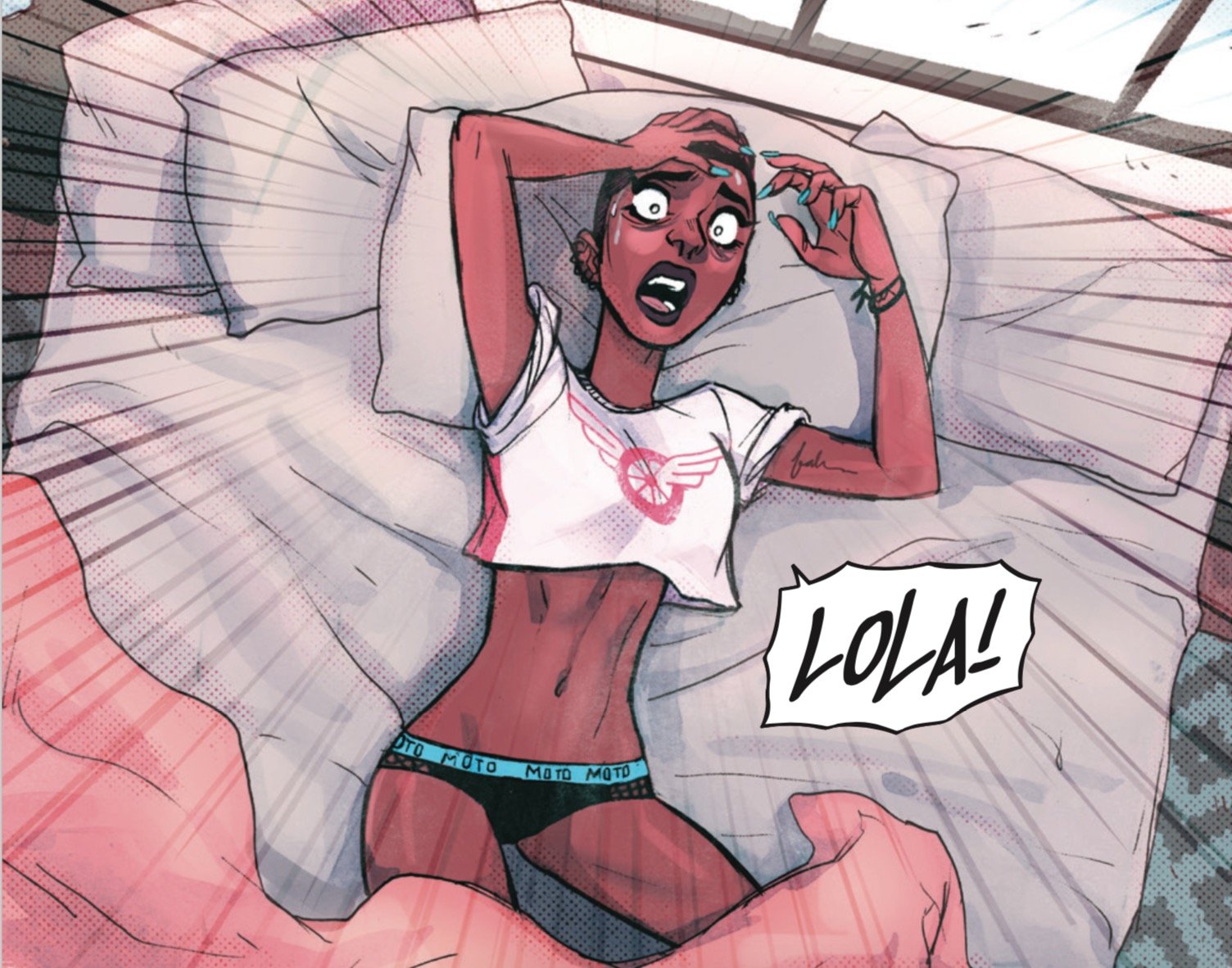 Speaking of emotional responses to our daring hero, Motor Crush #2 focuses heavily on a new character, smack dab on the cover, giving us insight into Domino’s romantic life and some of her motivations. Her name is Lola, a woman through which we can better understand Domino’s past as she alludes to “old times” where Lola was previously involved in Domino’s dangerous lifestyle in a significant way, only to have gotten out, and now, of course, to be dragged back in. Their relationship is interesting right off the bat as Lola weighs her connection with Domino against a history that, while unclear to the reader, is obviously heavy with emotional conflict and pain, and a lifestyle that Lola may not want back. 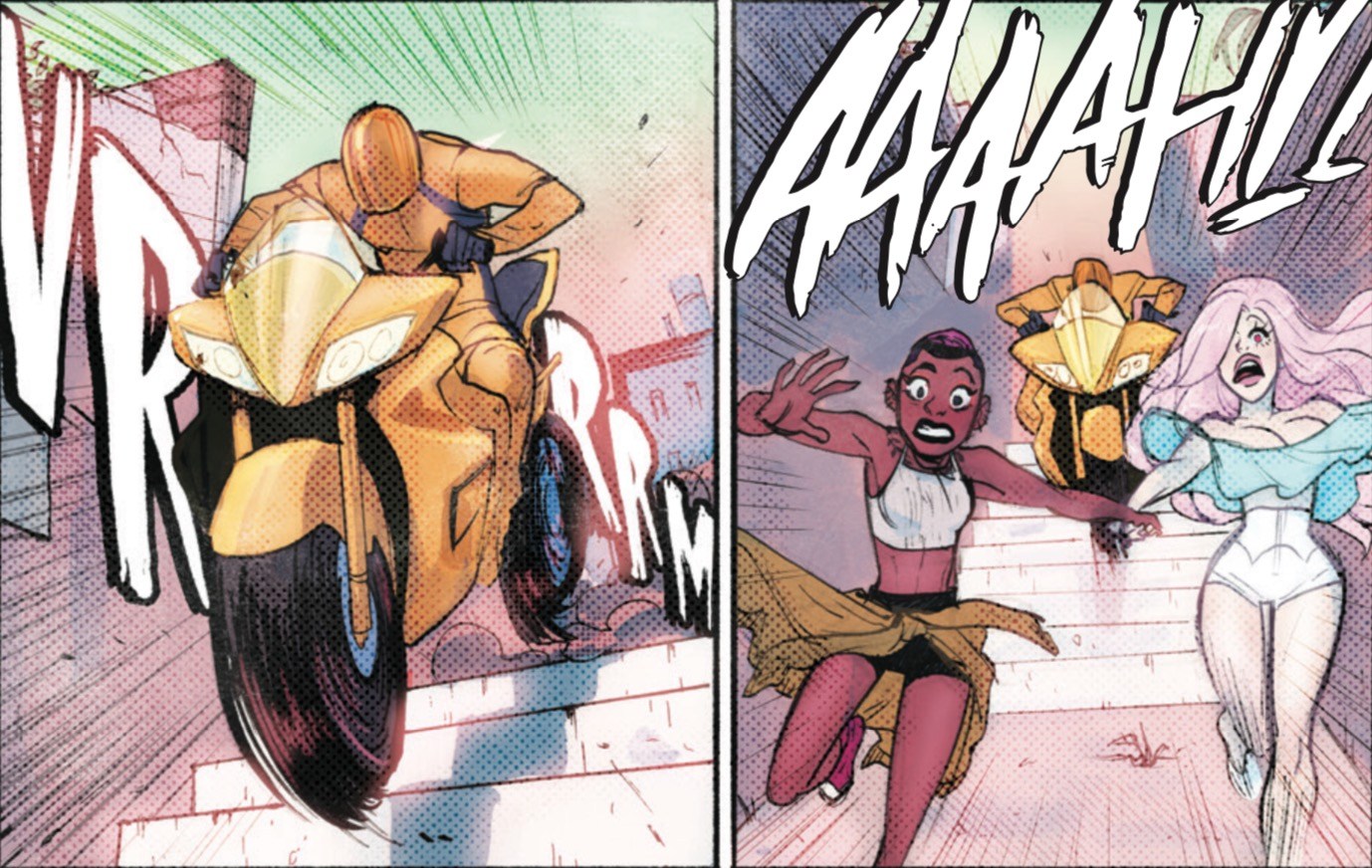 Overall, Motor Crush is great and Domino is comics’ fastest, brightest, most intrepid new star. Very happy to continue this series, learn about its characters, and stare at the glowing artwork of a strong book.

Reading Motor Crush? You can read BNP’s other reviews of the series here.