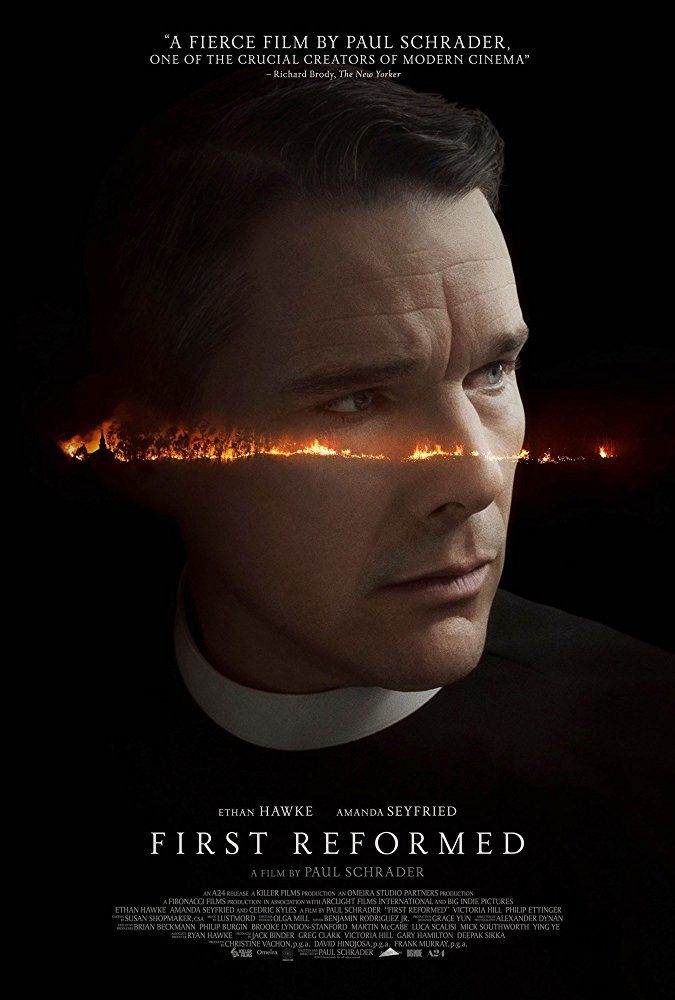 I hadn’t heard of First Reformed until a friend said “Come see this with me.” That’s all it took for me to walk into the theater with zero expectations.

Written and directed by Paul Schrader, First Reformed is a study of a man of God at a crossroad. Reverend Toller, played wonderfully by Ethan Hawke, is a movie of a man haunted by his past and unsure of his future. He presides over a small historically significant, but almost laughably under-attended, church nicknamed “the tourist shop” by attendees of sister church, Abundant Life. He lives and works and worships in the shadow of the mega-church and of his past. 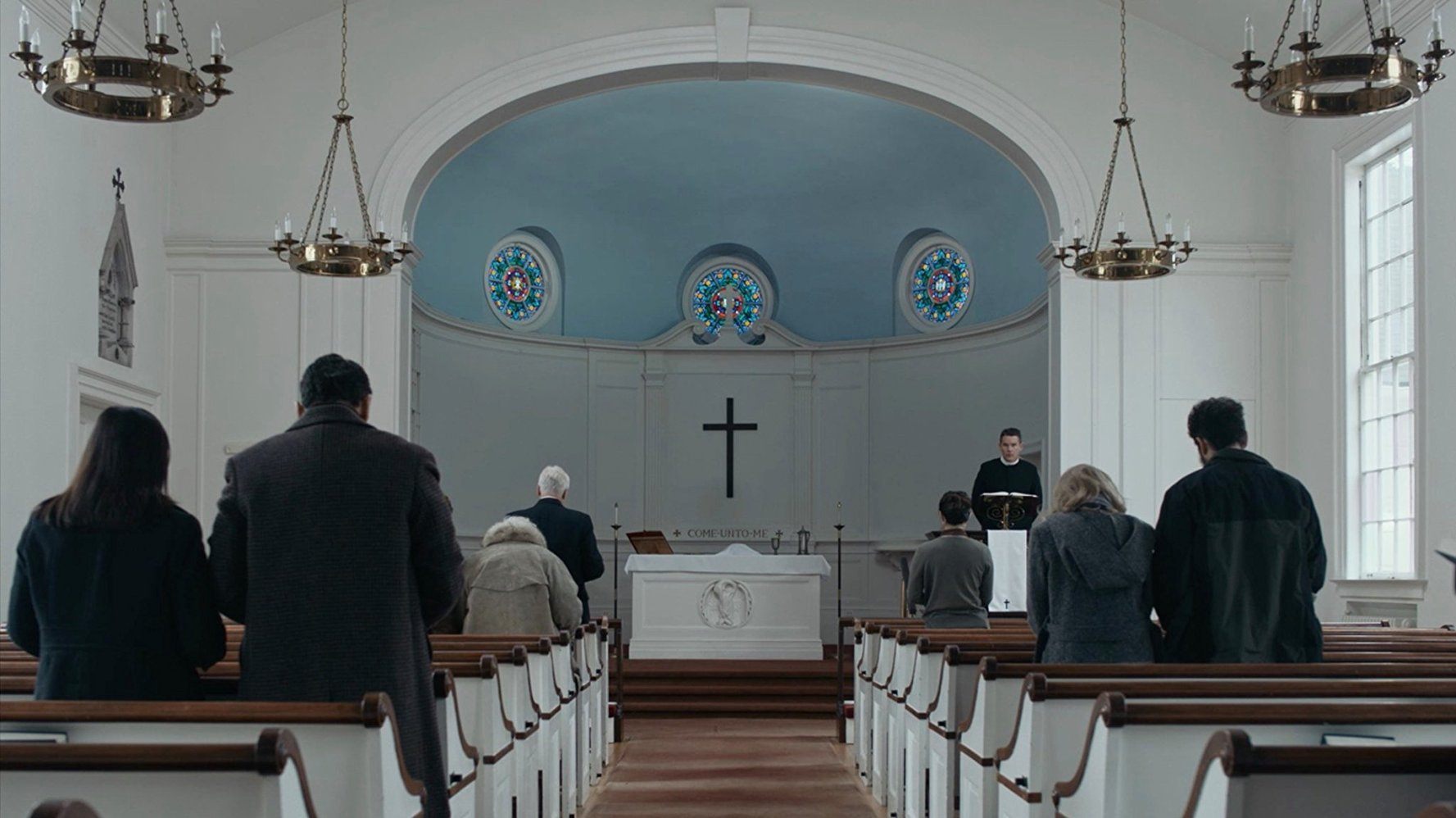 Hawke is heart breakingly good in the role of a faltering priest, disillusioned father, and sinner. Hawkes communicates Toller’s internal struggle in so many ways: his voice is scalpel here. The voiceovers, Toller reading from a journal he introduces in the first scenes of the movie, are an effective device to convey emotionality in a character who is so very restrained. Likewise, he uses his facial expressions to great impact. We can see the forces of guilt and faith of obligation and desire wrestling right beneath the surface. This is Hawke at his absolute best. 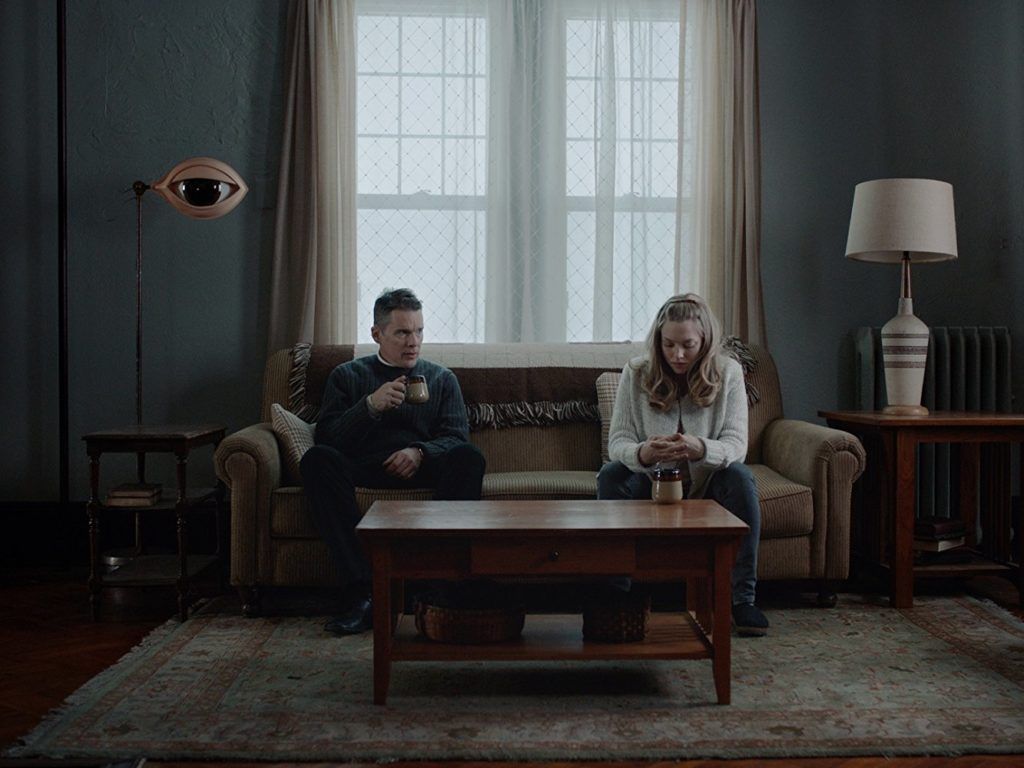 One of his few parishioners, a visibly pregnant Mary (Amanda Seyfried) asks Toller to talk with her husband Michael (Philip Ettinger) who has grown increasingly distraught over the state of the world and man’s shepherdship of it. The interaction between these two men becomes invigorating and challenges Toller’s faith.

Toller (barely) manages to stay afloat amidst his entanglement with Mary and Michael’s family, but as the anniversary of his church approaches his struggles become more and more apparent. Cedric the Entertainer appears as Cedric Kyles, Reverend of the Abundant Life Church. He brought the right balance of earnestness, approachability, and joviality to the role. 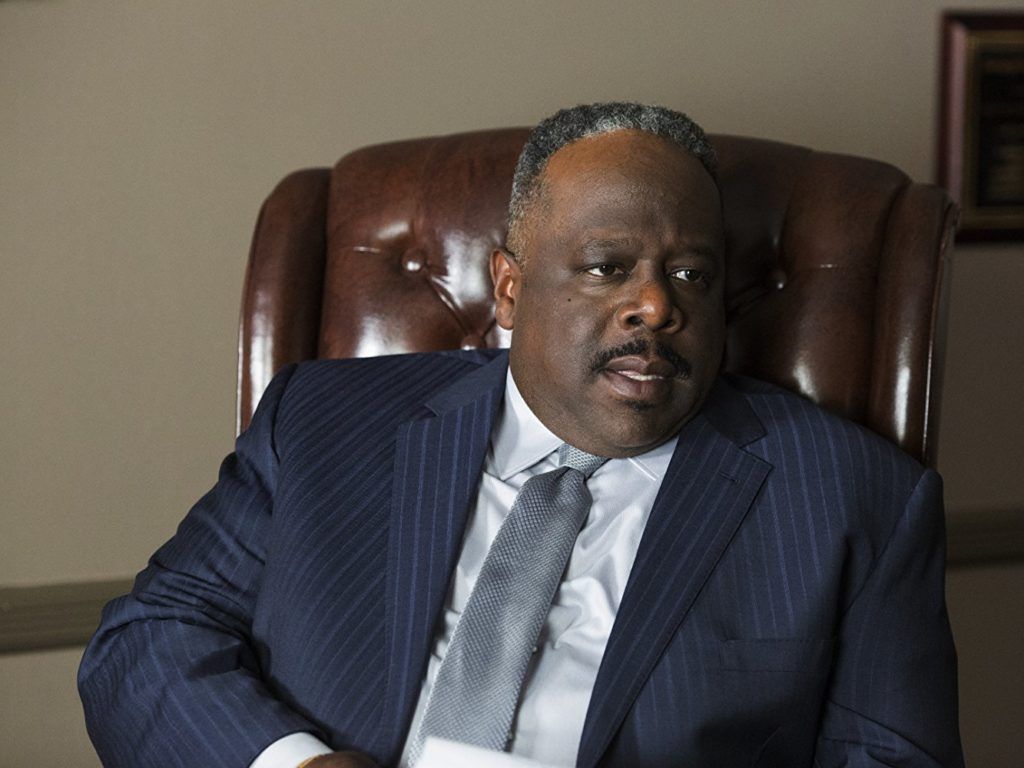 Schrader’s movie moves slow. Almost the entire first half of the movie is told through wide shots and silences. This is intended to be a serious and contemplative movie. As an audience, we are asked to examine our own faith. Even if we are not religious, Schrader pushes us to examine what institutions we have put faith in and how those institutions serve us. He overtly asks, “Can God forgive us for what we’ve done to this world?”

More subtly, we come face to face with the business of religion. Does the megachurch with all of its services and programs and youth groups and television studios bring us closer to God? If it doesn’t, what does it bring us closer to? There are no obvious villains here, but the movie looks at the ways in which we all contribute to or combat villainy. The film offers no easy answers or ending.